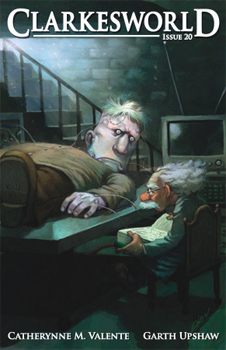 This week we lower the drawbridge at Black Gate headquarters and invite you to head out to Clarkesworld magazine for your weekly genre fix. Clarkesworld has just published a lengthy article on the profound effect that fantasy gaming has had on fantasy writing. Written by Justin Howe and Jason S. Ridler, the piece is titled “Of Dice and Men: Modern Fantasists and the Influence of Role-Playing Games.”