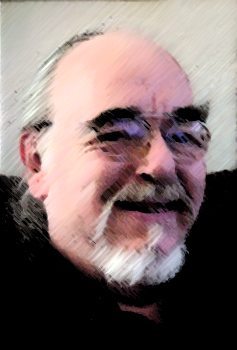 The death of Gary Gygax, co-creator of Dungeons & Dragons, marks the passing of an era. Gygax changed the face of fantasy like no other since J.R.R. Tolkien or Robert E. Howard. D&D brought people together, forged lasting friendships, and introduced a whole new generation to classic fantasy — in the process firing imaginations, heavily influencing the fledgling computer and video game markets, and laying the foundation for the billion-dollar online RPG industry. Just as importantly Gygax invited — indeed, demanded — that his readers become creators themselves, and the young fans he inspired eventually became some of today’s bestselling authors, including Raymond E. Feist, Margaret Weis and Tracy Hickman, R. A. Salvatore, Ed Greenwood, and dozens of others.

While his creation became famous the world over, Gygax never truly left his home in Lake Geneva, WI, and remained approachable and active until his death on Tuesday, March 4, 2008. To mark the passing of one of our generation’s most creative minds, Black Gate has assembled several personal reminiscences, from BG webmaster and Cimmerian editor Leo Grin, Planet Stories editor and publisher Erik Mona, and Black Gate editors Howard Andrew Jones and John O’Neill.

Finally, we invite you to drop by the Black Gate blog, where you can leave your own memories and thoughts, either about Gygax or any of his varied creations, from D&D to Greyhawk, Drow to Fantastic Journeys, Lejendary Adventure to Castles & Crusades.