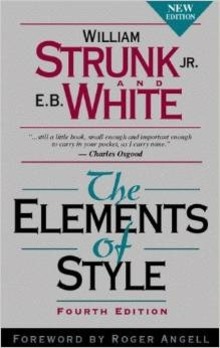 I had occasion to read the first 3 chapters of a friend’s manuscript the other day. This is his first completed manuscript, and he wanted a second pair of eyes on what he was sending out to agents. I started off my critique by saying: “There’s good news. All your sentences are sentences, and all the words you use mean what you think they mean.”

Obviously, my friend wasn’t immediately gratified by this response,* at least, not until I explained how very often this isn’t the case. I had another friend (please note the past tense) who, when I suggested a word he used didn’t mean what he thought it meant, told me loftily that he knew that, but he was just trying it out to see if it would fit. He had, he explained, dashed it all down when he was drunk.

Which brings us to a piece of advice attributed to Ernest Hemingway. Write drunk. Edit Sober. Please note the order. Given Hemingway’s reputation, the assumption has always been that his advice was to be taken literally, but I’m not so sure. I know that people have achieved marvels while drinking/drunk, but I don’t think these were cases of cause and effect. Alcohol or its cultural equivalent can smooth the path of genius (at least for a while), but it doesn’t create the genius in the first place.

I choose to believe that what Hemingway meant was, write while inspired, edit with a clear head. All kinds of things might inspire you to write, and I often find that when the juices are flowing (creativity’s, not the bottle’s) I’m not even so much as aware of the passage of time, let alone the exact nature of every sentence and punctuation point. 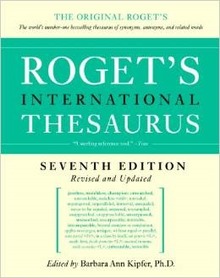 That said, I do think you should try to be conscious of what you’re writing as you’re writing it; I agree with what Lawrence Block said, which I’ve mentioned last time, that you should write each draft as though it could be the only one – if for no other reason than to keep your mind sharp.

I also know that it’s possible to while away the morning looking up words, because, you know? the damn things are fascinating. So there has to be a happy medium. Don’t zoom along so fast that you embarrass yourself (or someone else) on re-reading; don’t bog down and lose your train of thought while fussing over the placement of the comma.

What many writers do is reread in the afternoon what they wrote in the morning. Or, they begin their days by rereading what they wrote the day before. They check the words and the sentences. Why? Because words and the sentences we make out of them are our tools. We are professionals, and like all professionals we keeps our tools sharp and clean, ready for use.

They check words for meaning and sentences for sense. Above all else, you’re trying to convey ideas, to communicate. As John D. MacDonald once said, “The written word is the only possible vehicle for transmitting a complex concept from mind to mind.” That’s what every writer is trying to do, and editing is one of the methods we use.

Everyone who writes anything regularly knows that there’s a severe limitation to the programs that check spelling and grammar. Spellcheck is handy, and so long as you remember that it’s no substitute for proofreading, it will do no harm. Programs that “fix” your grammar, however, also fix your style, so I’d advise you not to use them. Not really sure whether a comma is needed? Can’t remember the exact difference between “continuously” and “continually,” or, my particular bugbear, “that” and “which”? There is help for us, and it’s called The Elements of Style, by William Strunk and EB White. 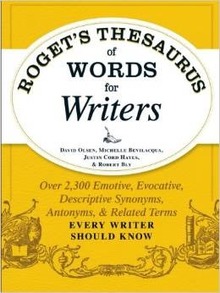 Want the word that means precisely, exactly, expressly, and unerringly what you mean to say? Honestly, there is no substitute, replacement, or alternative for Roget’s Thesaurus. And by the way, if the word you like the look of in Roget’s is one that’s unfamiliar to you, look it up in the dictionary, check that it means precisely what you want it to, or that it doesn’t have a connotation you don’t want.

Remember that while the rules of grammar aren’t a straitjacket, you should still know what they are, so you can break them elegantly:

Character 1: “Who do you think you’re talking to?”

Character 2: “You shouldn’t end a sentence with a preposition.”

I wish I could remember where I read that, so I could tell you.

So anyway, maybe all your sentences don’t have to be, exactly, sentences. But above all, your words should mean what you think they mean.

*There were a great many wonderful things to say about my friend’s ms. but that’s not pertinent here.

Ye gads, Strunk & White! Shades of college and my journalism past coming back to haunt me! When I was a newspaper editor, inside my desk drawers were always copies of The Elements of Style, The Transitive Vampire, Roget’s Thesaurus, usually 3 or 4 different dictionaries, and 2 or 3 different versions of the AP Stylebook. And back in the pre-internet days, there were usually an atlas and a collection of maps. Now as a fiction writer, I still have much of this in my work area, and I still find myself writing in AP Style (even if it’s an older style from a decade or further back).

I know! Most of mine are still around from my graduate school days, though I more often used the MLA or the Chicago Handbook of Style than AP. My brother once said that he didn’t think anyone needed more than one dictionary, and I thought, “What planet is he living on?”

A linguist I know, probably the smartest person I know who works with language, thinks Strunk & White is horrible and overall bad advice. Personally, I partially agree with her, but find it useful for “remembering” some minor rules I’ve long since forgotten.

I much prefer my Merriam-Webster’s thesaurus to Roget’s, and keep it and their most recent Collegiate dictionary at my desk.

I also keep a super-heavy unabridged dictionary in my library, but unfortunately I can’t find an unabridged that has been updated recently (the one I have was updated in the late 80s).

Allen: Like all “rule” books, S&W has to be taken with a grain of salt. A friend of mine says it’s only useful for settling arguments — and sometimes not even then. I find that everyone has their own particular grammatical bugbears (mine are “it’s different FROM, and other THAN”) but I don’t go around correcting people, as that is discourteous.

I prefer Roget’s, probably because I’m Canadian, and often find American publications of this kind leave out British and Canadian connotations of words. I’m not saying the Merriam-Webster does, I’m just saying that’s been my experience.

I also use M-W’s most recent Collegiate dictionary for American usage, but I stick to the Oxford Canadian for Canadian, and of course the OED for English. That’s the only unabridged dictionary I own, and I think it was updated recently, though I haven’t got the supplements yet.
Thanks for your interesting comment.

Linguists tend to dislike what they perceive as linguistic prescriptivism. Because style guides often favor one region or class over another when telling people how to speak or write. It’s a Marxist view that’s been around since Chomsky. Language as a class identifier has been around as long as there has been speech. Tolkien tacitly acknowledged this when invented the two tiered elvish system of Quenya and Sindarin.

Those who have studied linguistic while studying English will have a different view, most likely, because the focus is on the cognitive process of English speakers.

Nice post Violette. I always learn something new from your blogs.

@darangrissom: I support rules or guidelines that tend toward clarity of communication, but it’s clear that language and particularly grammar have always been used as class identifiers. As has literacy in general. Thanks for reminding us of this.