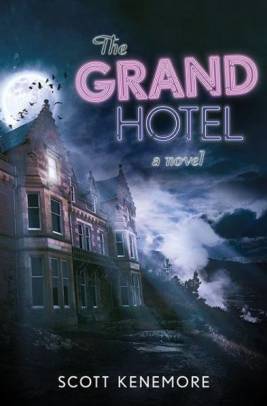 When exploring the back roads on the far outskirts of my beloved New Orleans, it is not unusual to spot the occasional decrepit plantation home.  It will be there, nearly out of sight behind the dense, mossy trees, but you can just spot the vine-covered columns barely supporting what was once a magnificent monument to the splendor of the “Old South.”

The sight of such a house, nearly consumed by the wildness lurking just beyond the paved road, always ignites sadness and dread in equal measure; sadness at the idea that this once, much-loved structure has been abandoned to the swamp, and dread at the idea that those who once loved her might still be doing so while peering back at you from behind those rotted lace curtains.

An isolated, deteriorating mansion sitting at the end of an overgrown road triggers something in all of us.  You hear “I dare you” in the back of your mind.  You wonder if there’s a flashlight in the trunk and you start thinking there would be no harm at all in going up one or two of the porch steps, just to see…

He welcomes you to The Grand Hotel, where nobody checks out.

Where the desk clerk invites you into his mysterious and crumbling hotel, then takes you on a little tour to introduce you to the hotel’s “long term” residents who only look like they never call for room service.

As the very proper and solicitous clerk takes you deeper and deeper into the heart of the hotel, secrets that have been hiding for eons begin to show themselves. Although your guide seems quite prepared for this experience, there is some question as to whether or not the rest of the world shares his readiness.

The Grand Hotel is a horror novel that takes the reader on a thrilling ride through an interconnected series of stories narrated by the desk clerk and the residents of the hotel itself.  And while it is not known whether your guide is actually the devil incarnate or not, it is strange that so many visitors who come for a tour of the hotel have a way of never leaving.

Kenemore’s incredible style and originality carry The Grand Hotel to places most people only see in their nightmares. And while we don’t know all of the secrets that lie within its walls, we come to learn there is one person who does hold the key to the Grand, and he frightens the frighteners themselves…

Hopefully you remember Mr. Kenemore who has taught us about all things zombie with his books such as The Zen of Zombie: Better Living Through the Undead and the one that is always on my desk,  Z.E.O.: A Zombie’s Guide to Getting A(head) in Business,  He also imagined what would happen to us Midwesterners in the midst of a zombie apocalypse with his works Zombie Indiana, Zombie Illinois and Zombie Ohio.

I am only about halfway into The Grand Hotel, but so far I am riveted by the idea of being “guided” through the story by the narrator / desk clerk.  At first, I wondered if it would be possible to build a scary tale from this perspective, but it is precisely the point of view that makes the telling so creepy: think carnival sideshow where you go in expecting to see something cheesy and harmless and instead find yourself confronted by something truly horrifying.

My flashlight is in hand, but the batteries are starting to go.  The top stair is creaking under foot and Scott Kenemore is standing on the porch saying, “I dare you.”

Go ahead – follow him in to The Grand Hotel, available October 7th.

I’ll see you inside.

Have a comment or your own story of a creepy old house?  Fall is coming after all and that means “the season” is about to begin, so post your tale here or drop a line to sue@blackgate.com.