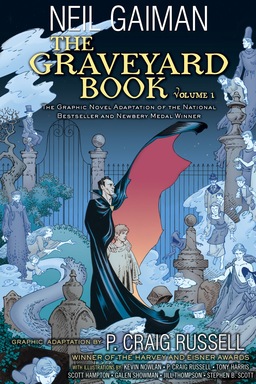 I’ve been a fan of P. Craig Russell’s comic work since his adaptation of Michael Morcock’s Elric: The Dreaming City first appeared in Epic magazine way back in 1979.

Russell did a lot of attention-getting work for Marvel, including Doctor Strange Annual #1 (1976) and a lengthy run on Killraven (1974–1976), before branching out as an independent artist. He returned to Elric several times, first with While the Gods Laugh (Epic, 1981), and Elric of Melniboné (1982–84), a limited series scripted by Roy Thomas from Pacific Comics.

He brought the character to First Comics with Elric: Weird of the White Wolf, and in 1993-95 he worked directly with scripter Michael Moorcock on Elric: Stormbringer (Dark Horse Comics). He also worked with my friend Mark Shainblum on The Chronicles of Corum, an ongoing series from First Comics, in the late 80s.

Russell’s first collaborations with Neil Gaiman were the famous “Ramadan” issue of Sandman (issue #50, 1992), which helped inspire Howard Andrew Jones to create Dabir & Asim, and a story in the Sandman graphic novel Endless Nights. That led to Russell’s first graphic adaptation for Gaiman, his novel Coraline (2008).

Now he’s produced his most ambitious collaboration with Gaiman yet: a two-volume graphic adaptation of The Graveyard Book, the tale of a boy who’s raised by ghosts in a graveyard. The first volume, just released, contains Chapter One through the Interlude, while the upcoming Volume Two contains Chapter Six through to the end.

It Takes a Graveyard to Raise a Child

Nobody Owens, known to his friends as Bod, is a normal boy. He would be completely normal if he didn’t live in a sprawling graveyard, being raised by ghosts, with a guardian who belongs to neither the world of the living nor of the dead.

There are dangers and adventures in the graveyard for a boy — an ancient Indigo Man beneath the hill, a gateway to the abandoned city of ghouls, the strange and terrible menace of the Sleer. But if Bod leaves the graveyard, he will be in danger from the man Jack —- who has already killed Bod’s family.

Each chapter in this adaptation by P. Craig Russell is illustrated b a different luminary from the comic book world, showcasing a variety of styles from a breadth of talent. Together, they bring Neil Gaiman’s award-winning, nationally bestselling novel The Graveyard Book to new live in this gorgeously illustrated two-volume graphic novel adaptation. 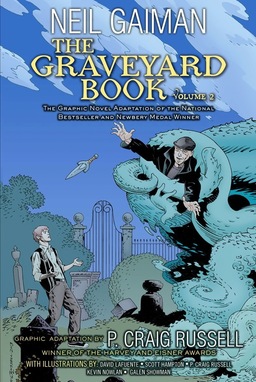 Near as I can figure out, Russell has penciled and laid out the entire series and brought on an extremely impressive list fellow artists to ink the finished pages.

The artists contributing to Volume One are:

The colorist for Volume One is Lovern Kindzierski, who brings a fine sense of cohesiveness to the whole project.

Here’s a few page samples from the first volume: 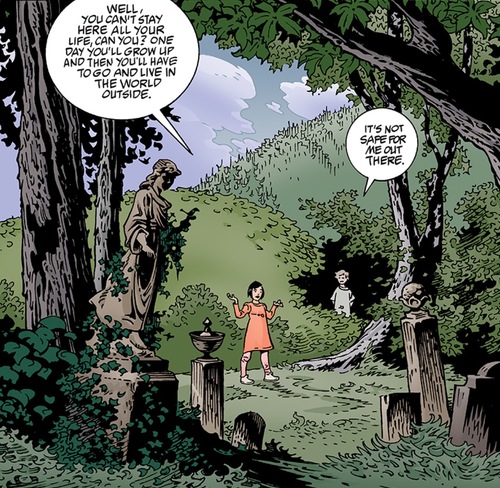 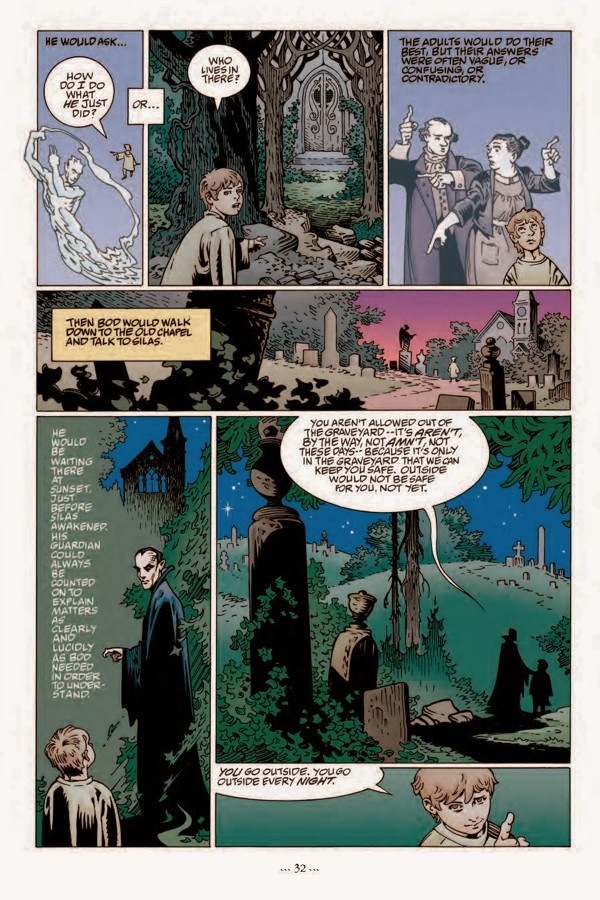 This is FABULOUS news! I adore Russell’s work; his adaptation of Wagner’s Ring Cycle is one of the greatest works in the history of comics, and I look forward to anything he does.

I agree. I’m surprised that the first I heard of it was when the review copy arrived, though. Perhaps they’re marketing outside the genre?

In any event, I hope it succeeds. It’s an ambitious experiment, and I’d love to see additional titles in the same format from Russell. Whatever he’d like to adapt, I’d be happy to see it!

It wouldn’t surprise me if they are aiming “outside the genre,” considering how well that strategy has worked with Darwyn Cooke’s Richard Stark/Parker adaptations.

[…] in August, I reported on the arrival of Neil Gaiman’s The Graveyard Book, Volume One, the first half of a handsome […]