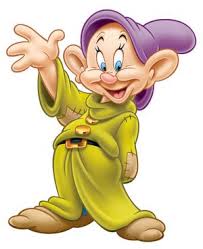 About thirty-five years ago, I met Greg B., which is to say I also met his muscle-bound D&D character, Dopey. I owe both an apology, and since I am nearly thirty-five years late in doing so, it’s high time I got on with it. In public, no less.

Dopey was an amazing fighter. A real head-slamming, sword-wielding, take-no-prisoners dude. Not all that stupid, either. He was the first high-level character I’d ever bumped into, either as a player or as a ref, and so perhaps it was written in the stars that eventually, Greg and Dopey would join me gaming, and for an adventure in which I was the dungeon master.

And what did I do when that happened? I killed Dopey.

I did it deliberately, too, and I even know why, but I shouldn’t have done it. I even sensed I was in the wrong — call it a vague but unshakable apprehension — right in the very moment. That alone should have been enough to stay my hand. It wasn’t. So much for teenage maturity.

If I knew where Greg B. is today, I’d make the apology directly. Instead, and because it’s the best I can do at this point, I’ll post my story here, and perhaps one of you knows Greg and can direct him to this post.

Here’s how it happened. 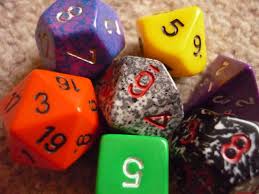 Greg lived next door to one of my best friends at the time, David S. It was with David and his younger brother, Chris, that I first charted the turbulent waters of D&D — and I’m talking emotional turbulence, not just the arcane and circuitous rulebooks. We didn’t spend much time with Greg, but I do remember that he was the first peer (though by no means the last) to make fun of my taste in music. He was into Rainbow and proto-metal, so when I made the mistake of admitting that I liked “I Can See Clearly Now the Rain Has Gone,” he grudgingly said it had a “nice tune.” If I didn’t understand damning with faint praise before, I most certainly did then.

Next door neighbor or not, even David hadn’t played much D&D with Greg, but he knew about Dopey and held Greg’s character in such high regard that he, Dopey, achieved an exalted near-mythological status long before we ever encountered him in-game. Dopey, it was rumored, had slain an entire army of orcs. Dopey, while nursing a head cold (and with one arm tied behind his back), had fought a stone giant to a standstill. Dopey not only rescued maidens from towers, he did it by making off with the whole tower. And so on.

All this makes it sound as if Greg was a few years older, or was at least very imposing. He was neither. Greg was my age and perhaps three inches shorter. Dopey simply lent him the kind of stature that reality could not approach. 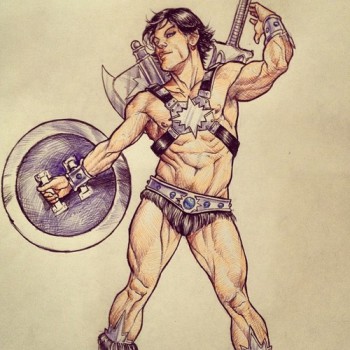 A couple of years passed. No more junior high; now it was time for high school. And, after devising a particularly sweeping scenario for several of my established players and player-characters, scheduling conflicts raised their heads. We were short-handed, and to set sail on our latest arcana, we needed another warm body. Someone suggested Greg and we all instantly agreed.

The adventure I’d cooked up owed a heavy, perhaps fatal, debt to an Avengers comics trilogy in which a mad godling named Chthon makes a bid to take over the world, starting in (how very likely) the Himalayas. The setting was a lost “alien” city called Wundragore, and I rather shamelessly stole the name for a lost mountain city of my own.

The idea was that the players would venture over the mountains, locate the city, and liberate it from a long sleep. If they succeeded, the city would flourish; if not, the city was doomed.

They didn’t succeed. What exactly went wrong is now lost to memory, or at least to my memory, but this much I know: the last living guardian of Ancient Wundragore took exception to some action of Dopey’s, and while Dopey was an all-star for his day, I’d set up this guardian to be light years beyond him, and when push came to shove and mighty Wundragore began toppling from its cliff-top perch, the guardian seized Dopey, flew him to an impossible height, and dropped him.

Here’s the thing: Dopey died for the sake of story. No more, no less. I had nothing against Greg, nothing at all. Dopey died because in concocting this (impossibly controlling) scenario, I built it in such a way that it required (or felt to me as if it required) closure. 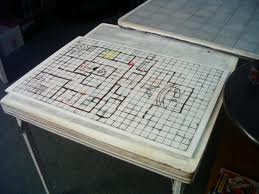 Looked at another way, one could say that I didn’t draw up a scenario at all: I wrote a stage play, a carefully scripted drama in which certain outcomes were pre-ordained. So when the characters didn’t pull off their heroic rescue / reawakening, I got caught up in the arc of my own story, and instead of looking out for the best interests of the player characters, I fell back on the story itself, on the demands of pure story-telling.

If there’s a stupider mistake in the ample arsenal of Stupid DM Mistakes, I can’t think what it is.

I was practicing, of course, although I didn’t know it at the time. I was rehearsing to be a writer, and I felt the tidal, protean pull, even at age fourteen, of story’s needs and requirements, and I not only couldn’t resist the current, I didn’t want to. I jumped in head-first. Dopey, and Greg, paid the price.

To say Greg was angry would be to understate the case by several thousand miles. In the moment, he mostly kept his cool, but he never played D&D with me again (no surprise), and whatever friendship we might have forged from the experience was nipped, clipped, and severed in the bud. 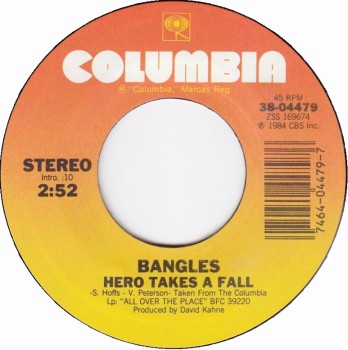 I know for a fact that Greg continued to play Dopey in other campaigns. And why not? Truly, I hope Dopey’s in play to this day, beating up balrogs and moving whatever mountains require moving. That’s what heroes (and alter-egos) are for.

Me, now that I’m all grown up, I really do write stories, not to mention plays, and weirdly, I owe some of my success to Dopey, who taught me not to keep too firm a hand on the reins. Characters are people, too; they need enough rope to roam free, or they choke, become facsimiles. The pity of it is that Dopey had to die to ram that point through my thick skull.

So, here it comes. The apology.

Greg B., wherever you are, and to the other players gathered that day, I’m sorry. That was a bone-headed, foolish, and self-serving choice on my part, to fly your character to his doom. If I could take it back, I would.

In closing, let me (mis-) quote the Great Lord Meatloaf: I would still do anything for story — but I won’t do that.