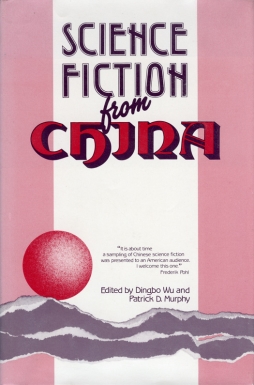 But having Chinese sf translated into English is not without precedent. In 1989, Dingbo Wu and Patrick D. Murphy edited a book called Science Fiction From China. It presented eight stories, along with a bibliography of Chinese science fiction, an overview by Wu of the history of sf in China, and a foreword by Frederik Pohl. As you might expect, it’s an interesting volume.

It’s a bit of a mixed bag, as anthologies usually are. None of the stories seemed to me to be really bad, though, and the good ones were often quite good. Overall, I found that the pacing and development of both good and bad stories reminded me of pre-Gernsbackian and especially pre-Campbellian scientific romances — of science fiction stories from before the tradition of ‘science fiction’ had been identified, and especially before that tradition had been largely taken over by the pulps. 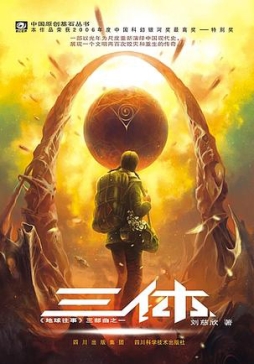 Wu’s introduction would seem to suggest there’s good reason for that. By his account, much of the science fiction translated into Chinese in the first half of the 20th century were works by writers such as Verne and Wells and Doyle, as well as the Japanese writer Shunro Oshikawa, not the pulp authors. Then, after the founding of the People’s Republic of China, Soviet science fiction predominated. Verne’s works were translated, but, to judge by Wu’s description, little American work. Wu only cites American science fiction being translated in large amounts after 1980.

But while Chinese science fiction writing may have been affected in some ways by the science fiction tradition in Europe, and indeed to have been sparked by early genre works from elsewhere, Wu’s able to trace the development of a tradition native to China. He finds anticipations of science fiction in traditional Chinese literature, before the first decade of the twentieth century: he cites the 1904 novel Yueqiu zhimindi xiaoshuo (Tales of Moon Colonisation) as the beginning of Chinese sf. In Wu’s telling, the field really expanded in the 1930s and 40s, with mainstream writers dabbling in genre alongside self-consciously ‘genre’ writers; one of the latter, Gu Junzheng, even shared Hugo Gernsback’s dream of science fiction stories serving as a way to instill in readers an interest in the sciences. Wu goes on to note that “twenty authors … produced approximately sixty works between 1950 and 1965” before the Cultural Revolution led to an extended repression of all forms of literature. After the Revolution, sf returned, with numerous translations, college courses, literary associations and, especially, magazines. This boom died away after 1983, when a shift in the political climate led to a brief turn against sf, but nevertheless 40 novels per year were published from 1984 to 1987. 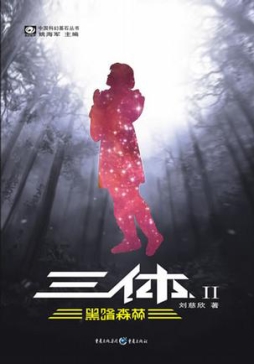 From all this activity, Wu and Murphy gathered eight stories for this volume of translation, dividing them into three sections. “Robots and Clones” begins with Tong Enzheng’s “The Death of the World’s First Robot,” a retelling of a 4th-century story. Wei Yahua’s “Conjugal Happiness in the Arms of Morpheus” is to my mind one of the book’s standouts (like “The Death of the World’s First Robot,” it was translated by Wu). It’s also the longest — in fact, it’s two stories printed as one, the original story along with its sequel. Both are whip-smart, knowing satires. Population laws force a man to marry a robot instead of a human wife; the robot’s perfectly submissive and subservient — which tends to bring out the worst qualities of the narrator. The sequel inverts the set-up, with the robot wife developing real independence. Ye Yonglie’s “Reap What You Have Sown,” translated by Pei Minxin and Yang Renmin, is a comparatively direct, even clinical, detective story revolving around cloning and the disposal of a multimillionaire’s fortune.

The second section is “Spies and Technology.” It opens with “The Mysterious Wave” by Wang Xiaoda as translated by Li Lianhan; it’s a story about a reporter who gets mixed up with an attempt to keep a spy from stealing a high-tech machine from a military base. Tong Enzheng’s “Death Ray on a Coral Island,” a story about an idealistic but naïve scientist in an isolated lab, building a weapon for what turns out to be a foreign power, was highly acclaimed on publication: it won an award for the best short story of 1978, becoming the first sf story to win the award, and was made into a movie, a play, an opera, and a radio drama. I have to admit it didn’t strike me as exceptional, though Wu’s introduction notes that it was considered to have “not only indicated the improvement of characterization and plot in Chinese science fiction writing but also a break from the bondage of its juvenile literature classification.” (The translation’s credited only to “S.F.W.”) 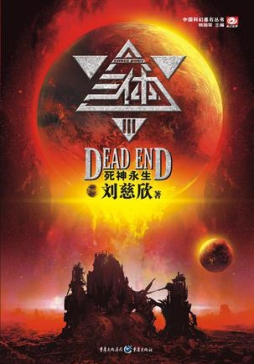 The third section of the book is titled “In and Out of Space.” It feels, to me, closest to the traditions of American sf. “The Mirror Image of the Earth,” by Zheng Wenguang, translated by Sun Liang, follows astronauts on a faraway planet who find strange echoes of terrestrial life. “Corrosion,” by Ye Yonglie, translated by Pei Minxin, is a fine character-centred tale about a near-future spaceship crash on Earth; something’s come back from outer space and the story follows not only attempts to neutralise the danger, but also who gets the credit for it. A simple science-fictional what-if drives both plot and character, which themselves reflect each other: the corrosion of the title is both internal and external. The last story in the book is the strangest, Jiang Yunsheng’s “Boundless Love,” as translated by Wu; it’s a tale of a spaceman whose dead wife is cloned with no memory of their previous relationship. It’s stylistically the most notable of the stories in the book, occasionally recalling the New Wave in its tersensess and depiction of altered mental states.

As a whole, the collection’s interesting, with some notable high points. I don’t think any of the stories are as radical in form as the best contemporary Anglophone science fiction, but they’re frequently effective and for the most part highly ambitious. Overall, I think the collection’s a strong argument for more translation from Chinese (and other languages). So it’s good to hear of Tor’s translation of Liu Cixin’s work. It’s just too bad it’s taken so long for a science fiction novel from mainland China to be published in English.

[…] Last week I noted that Tor’s promising that they’ll be publishing an English translation of Liu Cixin’s Three-Body Trilogy, a highly successful work of Chinese science fiction. Tor says that this will be the first publication of a science fiction novel from mainland China. But, as the statement implies, it won’t be the first Chinese-language sf novel translated into English. You can take a look in the comments of the linked article at Tor for examples; as it happens, I’ve got one of those exceptions to hand, Chang Hsi-Kuo’s City Trilogy, translated by John Balcom and published in one volume in 2003. (Chang, a Taiwanese, has had his name romanised in a number of different ways; I’m using here the name given him on my copy of the English translation of his book.) […]