Herein we have Black Gate (or at least MOI, in my guise as doughty avatar) interviewing the inimitable Julia Rios, one of the editors for an upcoming YA fantasy anthology called Kaleidoscope.

Julia is straight-up The Right Stuff, in the humble opinion of this blogger, and everything she touches has a tendency to turn to rainbows.

I’m a product of the early eighties.

I am very excited for this anthology. 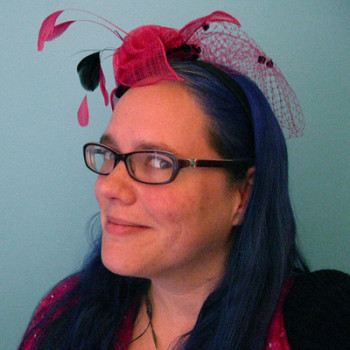 BG: What is Kaleidoscope and how did the project come about?

Kaleidoscope is an anthology of diverse YA contemporary fantasy stories. I’m co-editing it with Alisa Krasnostein, the publisher at Twelfth Planet Press in Australia. Right now, we’re having a fundraiser on Pozible so we can afford to make the book and pay our authors the SFWA professional rate of $0.05 per word.

As for how this started, Kaleidoscope is a project born of podcasts! I host the Outer Alliance Podcast, which celebrates QUILTBAG content in SF/F. Alisa, my co-editor, is one of the members of Galactic Suburbia, which is an Australian feminist SF podcast. I love Galactic Suburbia, and apparently I’m not the only one, because they’ve racked up *two* Hugo nominations.

In any case, Alisa was listening to my podcast in the summer of 2012 and she heard an episode where Malinda Lo led a panel discussion about the lack of QUILTBAG characters in YA dystopian novels. It made her feel like there should really be more YA stories with QUILTBAG characters and since she’s a World Fantasy Award-winning publisher, she decided to do something about it.

When Alisa e-mailed me about a possible collaboration, I was super excited because I think Twelfth Planet Press puts out some GREAT books, like Love and Romanpunk by Tansy Rayner Roberts, which made one of my friends who swore she hated short stories have to eat her own words! 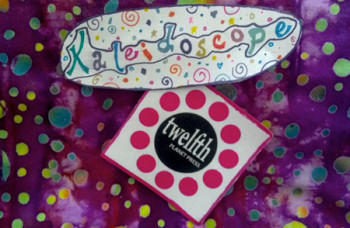 Obviously, I said yes right away.

Alisa and I started talking about what kind of project we might like to do and we ultimately decided that we’d both really like to see more diversity in general. We didn’t want to limit this project to stories with QUILTBAG characters.

We thought it would be EVEN COOLER to have stories with disabled characters, characters of color, neurodiverse characters… basically a big colorfully awesome array of non-default characters. The default fictional character tends to be straight, white, able-bodied, cisgendered, and neurotypical, but there are all sorts of people in the real world who don’t fit into that narrow set of characteristics and we want Kaleidoscope stories to reflect that.

How did you meet your co-editor? Who’s from AUSTRALIA!!!

Well, if you want to go back to the very beginning, I guess we should blame this on my addiction to Australian SF podcasts. I started listening to The Writer and the Critic a few years ago and then I just kept adding their recommendations to my listening rotation until I had so many that some of the Australian podcasters started to notice me. It’s sort of like that Nietszche quote about staring too long into the abyss.

Apparently, if you listen too long to Australia, you may find Australia listening back! Well, at least, if you’re me. Being a podcaster probably helps.

Alisa and I have actually only met once in person, when we both attended the 2012 World Fantasy Convention in Toronto. These days, in addition to listening to each other on podcasts, we also talk over a Skype quite a bit. Apparently, her puppy recognizes my voice!

Who else is involved in Kaleidoscope?

Ken’s a brilliant short story writer–he’s won the Hugo two years in row! For Kaleidoscope, he’s written a really wonderful story about two young women in love. It takes place on a Chinese festival day and the origin story for the festival is directly relevant to the lives of the girls. There’s a bridge made of magpies and all kinds of awesomeness.

Sofia’s story features an African American folk magic kind of theme and it is both hilarious and heartbreaking.

Vylar’s is more like magical realism or slipstream and it’s gorgeous.

And Jim gave us a story in his Magic Ex Libris world! I love the books, which are super fun urban fantasy about a guy who can magically pull objects out of books, so I was really excited to see this story about another magic user character. She’s autistic, and in Libriomancer we see that she collects these horrifying chupacabra dog things. In the story Jim gave us for Kaleidoscope, we see how that started!

What is your past experience with crowd-funding? Did your observations about what works and what does not inform your crowd-funding for this project?

In the end, I think we have a pretty solid platform, but this is still a wild, nail-biting, rollercoaster of a month! Honestly, one thing it’s taught me is that support, even a small amount like $5, means a lot!

I used to approach other people’s projects with the idea that if I couldn’t afford to chip in enough to buy the product, I should just walk away, because they might find it insulting if I gave less.

Now I think every single supporter is like a little candle lighting my way through the dark tunnel of project creation. It’s one more person saying, “Hey, I think this is a good idea!” That means so much!

I think when this is over, we’ll do a big recap post on the Kaleidoscope blog to talk about how things went. I want to pass on whatever I can to help other people make more successfully crowdfunded projects.

Tell us about your submission policy! What are your guidelines? When is the deadline? What do you hope to see? What are you not interested in?

Our open submissions period will begin as soon as we hit $7,000 in our fundraiser and we’ll have full guidelines on the Kaleidoscope webpage. Definitely check back there!

In the meantime, I can say that we are looking for stories of 2,500 to 10,000 words, set in the modern world, with a fantastic element, and teen protagonists from diverse backgrounds.

We’re NOT looking for stories with protagonists who are small children or adults and we’re also not looking for historical fiction or epic fantasy set in a secondary world. We like those things, but they’re not for Kaleidoscope.

Tell us about your crowdfunding for this antho! What are your goals? What rewards are you offering? When is the crowd-funding deadline? Do you have stretch goals, and if so, what are they?

Our primary funding goal in $12,000. Reaching that will mean we can afford to pay our authors pro rates, design, copy-edit, format, and print the book, as well as pay for e-book conversion, and of course produce and ship all the rewards!

It sounds like a lot, but when you go over the numbers for paying fair rates for all those things and producing a quality book, it actually isn’t very much at all!

So that’s our major goal, but of course, we like to dream big and we do have some wonderful stretch goals, including some interior art! How cool would it be to see some of these stories illustrated? Bridge of magpies, anyone? When we hit the $10,000 mark in our fundraiser, we’ll unlock some stretch goals so people can see what else might be in store. 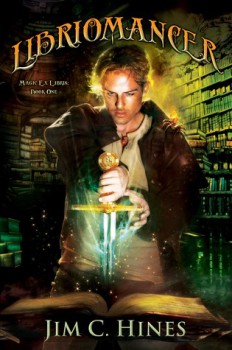 As for rewards, any donation to the project will get you an e-book from Twelfth Planet Press. At the $5 level, it’s one that contains two novellas. At the $15 level and up, you get the e-book of Kaleidoscope plus other Twelfth Planet Press books. $25 gets you a total of four e-books and your name in the acknowledgements of Kaleidoscope as thanks for making this project possible!

Going up from there are more and more delicious book rewards, including things like subscriptions to the Twelve Planets books, which are single author collections by Australian women. Love and Romanpunk is one of those, and the rest of them are also super awesome! If you are interested in getting a critique from one of us, we’re offering a few of those at the $250 level. They also come with a lot of books, naturally.

Our biggest reward involves a date for afternoon tea at The Ritz in London during the 2014 WorldCon. There were originally two of those available and we were not really expecting them to be chosen, but one went on the first day! There’s ONE more left at that level, so if anyone else wants to get all fancied up for teatime with the editors, $1,500 will buy you that! At that level, you also get the book dedicated to you at the front. Of course, any donation will get you our eternal gratitude! We LOVE our backers!

The fundraiser ends on the 31st of October in Australia, which is the 30th of October in the United States, so please back us ASAP!

» The OutRamp Guide to Science Fiction and Fantasy: Episode #3 - The OutRamp