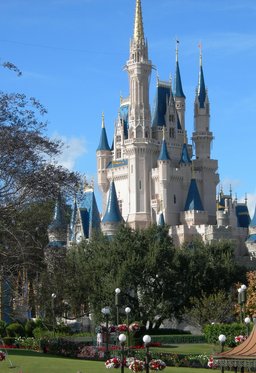 I have very little visual memory for places and possibly even less visual imagination. One time, I needed to know the type of paving in Madrid’s Plaza Mayor – you know, the stuff you walk on? Keep in mind that I’ve been walking on this stuff regularly since I was six. I drew a complete blank (no pun intended) and had to ask my husband, who, at the time, had been there exactly once. He was able to tell me that it’s cobblestones, by the way. Unless you’re under the arcade, where it’s flagstones.

Last week, I talked about describing characters and particularly the difficulties of describing point-of-view characters. But as writers, we’re far more often required to describe places and spaces, both interior and exterior. For fantasy writers, this often means versions of places that exist (or existed) historically in our own world. If you’re the kind of person who, like my husband, can call to mind the descriptive details of things you’ve seen, this will mean a certain degree of ease in your life as a writer.

If you’re my kind of person, alas, you’re not going to be able to tell your friends what colour their living room is painted, no matter how many times you’ve been to their house, let alone describe the halls of a castle or the streets of a town.

So, what do you do? Since that Plaza Mayor episode, I’ve tried to remedy my poor visual memory by taking and collecting photographs. Lots and lots of photographs. While I’m travelling, I take photos of anything and everything that I think might be useful in terms of exteriors or interiors. In The Sleeping God, I use the interior of a restaurant in Trujillo in western Spain, in The Soldier King, the punishment square and prison in Elvas, in Portugal, and the cistern system from another Portuguese town, Monserrat, in The Storm Witch. I also used the map of Elvas to lay out my characters’ escape route, but that’s not really the type of description I’m talking about here. 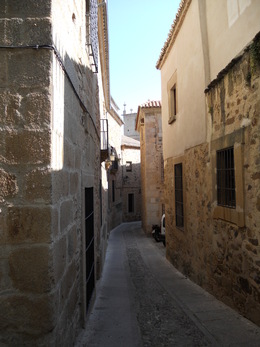 Your descriptions of place form an integral part of your world-building. The width of streets and alleyways depends on the type of transportation used in the various parts of the city. Chariot, carriage or coach, horseback, sedan chair carried by servants/slaves – all of these translate into different sizes of streets. And don’t forget the weather. Heat and long days of sunshine often result in tall buildings (by the standard of the day) and lanes so narrow even the midday sun has trouble finding the bottom. And don’t forget that your photos can be repurposed. Church interiors can make great dining halls in some ruler’s castle; and for that matter, narrow alleyways can double as interior corridors, if the buildings are large enough.

Good writers try to make their descriptions do something besides describing the location. An old trick of mystery writers, for example, is to put some important clue in a piece of description or a list of items. That way, they can hide the clue, while still being able to claim they provided it. A more generally useful approach is using the description to give readers the pov character’s emotional state. Consider this view of the collection point for the cistern I mentioned above:

. . . the narrow alley they followed dead-ended in a rectangular terrace enclosed by house walls on three sides, and a low balustrade on the fourth. The terrace was featureless except for weeds growing up through the cracks between the flagstones, and what looked like two large, stone chimney tops, pierced along the sides and stoppered shut with large slabs of wood at the top, like corks in a bottle. 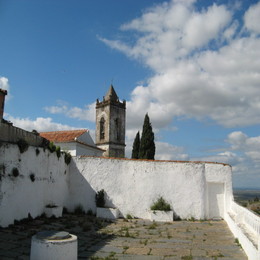 It happens that Dhulyn, the pov character here, has just suffered a major emotional trauma, so her normal responses have been suppressed – she sees, but she’s not reacting, where normally, at the very least, she’d be considering this quasi-rooftop for its defensive capabilities.

Why don’t you consider it, just as an exercise for yourself? There’s the same photograph that I used, imagine how you’d describe this if the pov character were angry or frightened or worried? How would you show that, without telling it? What would you change or keep? What would you do about the weather? I’d love to find out.