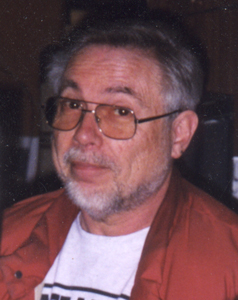 I was researching some recent OSR (Old School Renaissance) D&D releases at The Society of Torch, Pole and Rope blog when I came across a shocking post: an obituary for legendary Chaosium game designer and editor Lynn Willis, dated January 18.

It’s tough to describe the sense of loss I feel. I never met Lynn, so I didn’t know him personally. But he was a prolific designer and editor, and his name graces many of my favorite games. Like the other great designers of the era — Gary Gygax, Steve Jackson, Greg Stafford, Greg Costikyan, Sandy Peterson, Marc Miller — the name Lynn Willis quickly came to be synonymous with a top-notch product. In a tiny industry, that was no small thing.

I was introduced to gaming in 1978 by Metagaming, which offered enticing SF and fantasy microgames like Ogre and Melee in the pages of Analog and Asimov’s SF Magazine, and it was there I first encountered his work, in games like Godsfire (1976), Olympica (1978) and Holy War (1979). He designed the sci-fi guerrilla war game Bloodtree Rebellion for GDW in 1979, but found his permanent home when Chaosium published his post-apocalyptic game of a sunken America Lords of the Middle Sea in 1978.

Lynn became employee #3 at Chaosium, and had a spectacular career. He was the co-creator of Call of Cthulhu, perhaps his single most enduring contribution, and eventually became the mastermind behind the entire CoC  line. Even a partial list of the Chaosium titles he worked on will give you an understanding of his energy and ability: Dragon Pass, Raiders and Traders, Arkham Horror, Thieves’ World, Ringworld, RuneQuest, Borderlands, Pavis, Big Rubble, Questworld, Stormbringer Companion, Elric, Shadows of Yog-Sothoth, Masks of Nyarlathotep, Cthulhu by Gaslight, Dreamlands, Horror on the Orient Express, and Beyond the Mountains of Madness.

On September 2008, Chaosium announced that Willis had been diagnosed with Parkinson’s disease. Chaosium President Charlie Krank, and company founder Greg Stafford, announced his death on January 18, 2013.

Lynn Willis left behind a formidable legacy — a body of work that literally changed the face of hobby gaming at arguably its most creative and formative time. For me, he was one of the backbones of the industry, a man whose contributions were so numerous and vital that you almost took him for granted

Almost. Rest in peace, Lynn. Though we never met, you lived your life in a way that immeasurably enriched mine. Thank you.

[…] week I wrote about the death of Lynn Willis, the legendary editor at Chaosium who gradually became the mastermind behind the Call of Cthulhu, […]

[…] Lynn Willis and Chaosium knew they had to accomplish something similarly daring with the game adaptation, and […]

[…] Nash dedicated the book to two people, both of whom we lost this year: legendary Chaosium editor Lynn Willis, “who was my mentor and gave me my start in gaming,” and filmmaker Ray Harryhausen, […]

[…] was originally released as a boxed set in 1986, one of the first projects from the tireless Lynn Willis. It moved the setting of the game from 1920s New England to Victorian England, the era of Sherlock […]

[…] Stormbringer (1981), which went through five editions, the latest in 2001. Legendary editor Lynn Willis kept interest high with a diverse range of supplements, including Melnibone, Fate of Fools, Bronze […]