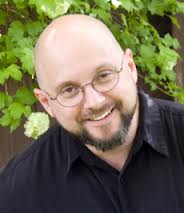 I had the privilege of meeting Sandra Tayler last year at the Nebulas and Howard online at the start of this interview. Famous as the team behind Schlock Mercenary, they’re a noteworthy example of how to build a creative business. What began as a hobby for Howard, doodling a space opera, has become the primary source of income for their family of six, and I really wanted to get a chance to talk to them about the process of moving from a corporate job to self employment. Their web comic has been nominated four times for the Hugo Award and the Taylers have branched out into print books, merchandise, and even a board game. 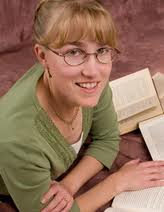 Howard originally did his degree in music and then went to work for Novell, the software company, for a decade. He and Sandra ran a small music production company for several years before Howard’s interest turned to drawing and comics.

Sandra earned her degree in humanities, which she says she chose, in part, because it didn’t require math. However, one of the first jobs she took on for the family business was the accounting, which she learned through her own study to do as well as a professional accountant. She also took on the book design portion of the business, again teaching herself how to use InDesign and manage the workflow.

In this interview, we discuss that whole journey, and even share a few anecdotes about our mutual faith. As coincidence would have it, all three of us are Latter-day Saints (aka Mormons), and religion also played a significant role in Howard and Sandra’s business decisions.

Interview with Howard and Sandra Tayler

Click the link above to start the interview. This one is a long one because it’s effectively a double interview, so it runs for 1 hour and 11 minutes – though you can certainly listen to it in sections if you like. You’ll hear a little choppiness due to the time delay – I don’t want to admit how many times I accidentally cut Sandra off while she was talking. The one second it takes for the answer to travel over the Internet can really throw off the rhythm of a conversation.

We begin by talking about Schlock Mercenary and how it came to be, and much of the discussion focuses on the financial and personal decisions the Taylers made as they built up their home business, including their religious practice, their prayers, and how their faith helped them make some of the more difficult decisions. Sandra describes her role in both the company and in Howard’s creative process, as first reader for his scripts. 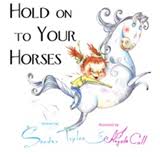 We then move on to the other projects that the Taylers are working on, as they explain that keeping diversity is key to ensuring an income in the long term. Sandra talks about the children’s book she wrote and novel projects that she is shopping around, as well as her blog, One Cobble at a Time.

Howard also has other prose projects that he discusses, and we take a moment to talk about the Acts of Whimsy Fundraiser (which is now closed, but was successful) to raise money for Jay Lake’s cancer treatment. For anyone unaware, the very talented and much beloved author, Jay Lake, is facing very long odds, but enough fans contributed to the Acts of Whimsy Fundraiser that they unlocked the reward in which Howard drew a cartoon of Jay kicking cancer’s ass. (And contributors also provided Jay with twice the money needed for the treatment, all of which will help him with other medical bills.)

Then for the final segment the three of us discuss why there are so many of us Mormons in science fiction and fantasy. I suspect that it might have to do with how many writers are related to Sandra Tayler, but see what you think.

Emily, I’m having a hard time getting the audio to work, and when it does, I only get the first part of it.

It’s a Quicktime vs. RealPlayer issue, if I recall correctly. I don’t remember which works – Quicktime works on my computer, but I seem to recall that being odd given other people’s difficulties.

Your link points to an mp3, so I was hoping to download that and put it in my player for travel, but I can’t even do that. Something odd about it.

I shall ask someone with more technical know-how and get you an answer for that. Sending the email now!

In the chrome browser you can right-click on the link and choose “save link as…” to download the mp3. I use Chrome so that’s the one I know. Other browsers, though, will have an equivalent.

Aha! Fifth time is the charm. This time it downloaded the entire file, not just part of it. I had to drop “.part” from the end of the file name, but it’s working now.

I’ve been looking forward to this, so after all this effort, it better no suck. 😉

I should hope not!

Not earbud friendly, but otherwise a fascinating interview. I wish it came with photos of their offices and shipping room.

Yeah, not something I could get via Google Hangout, but I’m glad you liked it.