Delia Sherman is a phenomenal writer. It doesn’t matter if it’s a short story or a novel – she’ll getchya, getchya, getchya. If Delia Sherman were a city she’d be called Awesometown. If she were a drink special she’d be a Red-Headed Bookgasm. If she were a bare knuckle boxer in a space western her name would be Elly Gant McWinFists. But thankfully she is a writer and, Eris on fire, where have you been if you’re not reading her books?

Her freshest fiction has appeared in Steampunk!, Naked City and Teeth: Vampire Tales. Her most recent novel, The Freedom Maze, is a young adult time travel tale set in antebellum Louisiana.

In one of her few spare moments, Delia Sherman spoke with Black Gate about The Freedom Maze, YA lit and the challenges of writing a novel over 18 years.

Black Gate: What were some of the challenges of writing a book so focused on race and slavery issues?

Delia Sherman: The major one would have to be trying not to make a complete racist ass of myself, simply by virtue of having been raised in a time in which casual (as opposed to violent) racism was as ubiquitous as the air we breathed. I ran the manuscript by a panel of four smart, political, honest black women and one man, listened when they told me Sophie’s white privilege was showing, and did my best – not to erase it: Sophie’s skin would have given her privilege in a slave culture – but to acknowledge it. The second challenge (more significant when I began this project in 1987) was accessing the historical record of the daily life of a worker on a sugar plantation in 1860. There was lots easily available about life in the Big House, but in the Quarters? Not so much. It’s better now, with new books and exhibits (some of them actually assembled by POC). I’m actually grateful it took so long to get the book into print so that I could consult my panel. They made a real difference in my worldbuilding.

Were there any challenges in writing about Voudon?

There’s always a challenge in writing about religion. Usually, I deal with fairy tales and folklore whose origins are either frankly fictional, like “Puss in Boots” and “The Little Mermaid,” or have been through the folk mill of many ages and many lands. Voudon is different. Voudon is a living religion. Without the patient teaching of my two kind friends who practice it, I could not have written this book.

Were there any drafts of The Freedom Maze that would surprise us with strange points of view or story arcs that got chopped?

Well, there were several much longer drafts, in which both Sophie’s pre-time-travel life and my research on plantation life in 1860 got a lot more airtime. But that was just clutter – although I didn’t know it when I wrote them. I particularly regret the scene I had to cut when Sophie first arrived in the past. It was set in the slave quarters, and described how the children were cared for by an elderly woman and fed from a trough. It’s factual, and it’s very dramatic. But it’s not part of Sophie’s story, and I couldn’t make it part of Sophie’s story, so it had to go.

Were there any scenes in The Freedom Maze that surprised the heck out of you when you wrote them?

The Creature was a complete surprise. It was a long time ago, but the way I remember it, I was writing along, wondering how Sophie was going to get into the past, when suddenly I found myself writing a conversation with a voice I had no idea what it was. When the Creature finally manifested itself, I was as surprised by its appearance as Sophie was. Now, I realize that its calico skin is probably some kind of metaphor for the Native American, African, and Caucasian peoples who lived, intermarried, fought, loved, hated, feared and helped each other in ante-bellum Louisiana. And I certainly got its disappearing act from the Cheshire Cat. But where its toothless gums, its deer-like ears and its fat belly came from, only it and my subconscious know for sure.

Are there any eras you’d be tempted to travel back in time to for an adventure?

Unfortunately, I know too much history to be quite comfortable about actual time-travel. Reading about what London and Paris were like underfoot and smelled like in almost any century you’d like to name, not to mention the epidemic diseases and the footpads and pickpockets and the way they treated women and how much effort keeping clean and fed and housed took for all but the upper fraction of a percent of society and the illiteracy and the rest of it, have taken some of the glow of romance out of it for me. But Paris between the wars has a certain charm. If I could be guaranteed a bottomless purse of contemporary money and a pair of unbreakable glasses. And I might like to spend a day in Elizabethan London, so I could catch a play. Any play.

Who are some of the classic or contemporary YA authors you love to read?

If there was one YA author, living or gone, that you could have a conversation about craft with, who would it be?

I’m lucky enough to be able to talk about craft with many of my favorite authors. And writing a beautiful book doesn’t

necessarily mean that you know how to talk about how you did it. But this is a blue-sky question, isn’t it? Well, then. I’d love to talk writing with Leon Garfield, whose wonderful historical novels, set mostly in the 18th and early 19th centuries, are marvels of style and tension and mystery.

Why do you think YA lit has become so popular with adult readers?

Well, it’s popular with me because so much of it is innovative and fresh and well-written. Also, “Fantasy” is not quite as dirty a word in the YA world as it is in adult literary circles. I suspect that its growing popularity with the wider adult population has to do with fast pacing, exciting plots, engaging characters, and colorful backgrounds, all of which are thin on the ground in most adult fiction – outside of genre, of course. And writers like Alice Hoffman and Michael Chabon, who also write YA.

Do you have anything to say to critics who think adults shouldn’t “waste their time” on YA lit?

“If you haven’t read any YA, you shouldn’t knock it. If you have, and you don’t like it, that’s fine – for you. You still have no right to pass out blanket judgments on how other people choose to spend their time. As far as I know, nobody has died and made any of you God Of All Possible Taste.”

Why do you think so many writers of adult fiction, like James Patterson, John Grisham and Clive Barker, have crossed over into YA?

The cynical answer is, that’s where the money is these days. The idealistic answer is that young adults are a wonderful audience. When they like something, they’re responsive, enthusiastic, engaged, loyal. They’ll follow a writer they love into the adult world. And they write you honest, thoughtful letters.

What’s one publishing trend (YA or otherwise) that you wish would die a fiery death?

I hate and despise Women in Jeopardy stories. Other than that (which, as a feminist, I find infuriating, and as a writer, lazy story-telling), I’m content to let readers like what they like, even if I don’t. Most trends die natural deaths sooner or later. That said, I suspect that Vampire Romance, like its undead subjects, is going to be around (in one form or another) forever and ever and ever and ever.

If you could create a soundtrack for The Freedom Maze, what are a couple songs that might be on it?

What are you reading now?

Piled by my bed are: the ARC of Tiffany Trent’s The Unnaturalists; One Man’s Meat by E.B. White; West of the 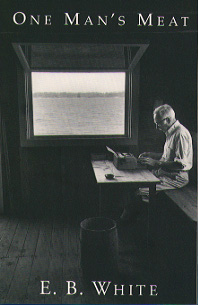 Moon by Katherine Langrish, all in progress. In my gym bag is Dragon Keeper by Robin Hobb. Beside the chair in the living room is Old Filth by Jane Gardam. Under it is Wolf Hall, which I’ll start as soon as I’m done with the Gardam. I’m looking forward to E. Wein’s Code Verity, too. I’ve sniffed at the opening chapter, and it was all I could do not to ignore the others and just dive into that.

The popularity of books in digital formats is skyrocketing. What are your thoughts on digital book culture? Are you anxious, indifferent or excited about e-books?

Excited. I read them, mostly on my phone. It’s a way never to be without something to read without weighing down my purse or squinting at too-small print in a too-dim light. It’s also instant gratification – I hear of something, I order it – especially if it’s some weighty classic (like Dickens or Trollope or Thorne Smith) I can get for free because it’s Public Domain. If I really love a new book, I’ll buy the paper version as well, and find room for it on my bulging shelves. Because, when all is said and done, there’s nothing like holding a book in your hands and turning the pages. It’s possible that eventually there will be a generation of readers who won’t have this kind of relationship with paper books. But I don’t expect it’ll happen any time soon.

Do you have any favorite bookstores you’d like to give a shout out to?

Books of Wonder on 18th Street in New York is one of the best and most variously stocked children’s bookstores in the world. Also Porter Square Books in Cambridge, MA. Small, choice collection, lovely proprietors.

What about favorite libraries?

Our local branch of the New York Public Library is wonderful – lots of good kid’s books, lots of good movies. The Research Collection of the NYPL, of course, is beyond compare. Over the years, I’ve probably spent a couple of months in total sitting in their beautiful, beautiful reading room, communing with books I would not otherwise be able to see or touch.

To further commune with Delia Sherman, check out her blog, website and the Interstitial Arts Foundation, of which she is a founding member. If you’re lucky, you might catch her teaching a workshop. She’s taught at Clarion, the Odyssey Workshop in New Hampshire, the Cape Cod Writers’ Workshop and the American Book Center in Amsterdam.