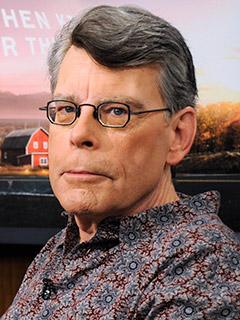 Telling you that The Shining ranks in my top five favorite horror movies of all time isn’t news here at Black Gate. Over the years I’ve found all sorts of ways to weasel it into my posts, even going so far as to cyber-stalk Danny Lloyd, the reclusive adult who played the emotionally damaged little kid with the “shine” all over him.

The Shining is my stormy, Sunday afternoon go-to movie, and the first one into the Blu-ray player as soon as the snowfall breaks the 12 inch mark here in Chicago.

No matter that I know the dialog by heart, it scares the crap out of me anyway. Because let’s be honest; those two creepy little girls will get you every time.

But as much as I love the adrenaline rush brought on by the film, ironically I’ve always been a little lukewarm on the book.

I say “ironically” because it is a rare thing indeed when a movie manages to simply not massacre the text upon which it is based — not to mention equal it or surpass it.

The Shining book is absolutely interesting in that it provides all the backstory about why the Overlook Hotel is such an attractive vacation spot for evil spirits, and why Jack Torence is such a fractured human being.

However, what makes the book less of a fav for me is that exact same backstory.

In The Shining novel, Jack Torrance is far more sympathetic and Wendy Torrance is far less a helpless victim, which somehow makes the mounting terror somewhat less terrible. In the movie, The Overlook wins to a large extent, though it ultimately doesn’t consume Danny, whereas the book… well, I won’t ruin it for you if you haven’t read it. 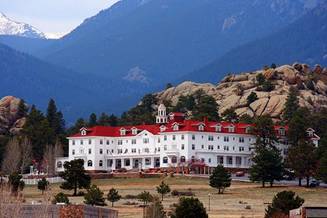 Needless to say, the “feel” of the novel is quite different and just doesn’t make me want to turn on every light in the house the way the film does.

But I must admit, both book and movie have made me wonder what would have ultimately happened to little Danny Torrance.

I mean, most little kids only fear imaginary things that never materialize. But what becomes of Danny, who saw (and smelled) dead people dragging around his place of residence and who ultimately left him fatherless.

I’m thinking we have an emotionally damaged adult who still sees dead people.

Well, the question of what happened to Danny post-Overlook Hotel has apparently been keeping The Shining author Stephen King up at night as well.

On November 19, 2009, while on a promotional tour in Toronto, Ontario for his latest novel Under the Dome, Stephen King described to the audience an idea for a sequel novel to The Shining. 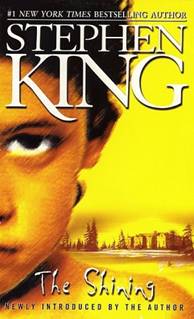 The story, King said, would follow Danny Torrance, now in his 40s and living in upstate New York where he works as an orderly at a hospice and helps terminally ill patients pass away with the aid of his extraordinary powers.

Later, on December 1, 2009, Stephen King posted a poll on his official website, asking visitors to vote for which book he should write next, The Shining sequel or the next Dark Tower novel.

Voting ended on December 31, 2009, and it was revealed that the sequel (now tentatively titled Dr. Sleep) had won by 50 votes.

Flash forward to September, 2011, when Stephen King received an award at George Mason University in Fairfax, Virginia, during which he read an excerpt from Dr. Sleep, and three days later King’s official website posted this:

It’s now official –- Stephen is working on Dr. Sleep, the sequel to The Shining.

Here’s what King himself had to say about the sequel while appearing at GMU.

This is an idea that I’ve had for some time. I wrote a novel in the ’70s called The Shining… I always wondered what happened to that kid, Danny Torrance, when he grew up… and this story started to form. The book isn’t finished yet, it’s called Dr. Sleep. This kinda goes back to: what’s the worst thing you can think of? I knew that there were bad people in this story that were like vampires, only that what they sucked out was not blood, but psychic energy from special people like Danny Torrance. And I came to realize that these people were called The Tribe and that they move around a lot.

This past weekend Stephen King made an appearance at the Savannah Book Festival. During his lecture which apparently touched on all aspects of his career, he read an excerpt from Dr. Sleep. It sounds like the prolog as Danny Torrance is only eight years old and still having issues with “the shine.”

So what do you think? Will you give Dr. Sleep a try or is this another case example of the sacrilege that comes from tampering with a classic?

But most important, will little Danny Lloyd come out of hiding to play his adult self for the movie version? Post a comment or drop a line to sue@blackgate.com.

Since people don’t really ‘know’ me around these parts I’ll say this:

I am not a member of the monoliterate King Cult, or any schism thereof.

I find him problematic on too many levels + an enigma.

A writer with a near perfect balance of aesthetic/communicative/artistic/whatever, Vice + Virtue.

In a certain sense as a writer he’s weirder than the shit he tries to write in my opinion.

Anyways I’m cool with this, Shining sequel, though I’m not going to go buy it.

Though I am cool ( see chill ) to King in general.

Yes I have read the original 70’s Shining.

Yes I have seen the old movie.

Stephen King has a new book coming out. This is news? An event?

Eh, I can’t agree that the movie is better than the book.

No, that’s what makes the book BETTER than the movie. In the movie, Jack and Wendy are cardboard cutout characters – evil maniac and helpless victim. In the book it is much more complex and interesting than that.

Jack’s transition from sympathetic if flawed man to a total madman in the book is one of the BEST portrayals of a man going insane in all of fiction – not least because the hotel is doing it to him.

I have read the book many times. Only bothered seeing the movie once. “Heeeere’s Johnny!” — yeah, got it. And the part where it turns out he’s just typing “all work and no play” over and over was totally weak compared to the book’s portrayal of him as a talented writer who started using his sojourn in the hotel to finish his novel and turn his life around.

The Shining book, by King and The Shining film by Kubrik/Johnson are NOT the same story.

Shining film as cool as it may be, is not the book, it is NOT King’s Shining.

The film flirts with pastiche lands.

King famously ( or so I thought ) ‘hates’ The Shining film.

This is true of like over two thirds of ‘King’ films.

They really are not his stories once whomever gets whatever on screen.

( Hearts in Atlantis is exhibit B. )

Why King gets credit good or ill for this I will never know.

Unmolested author original/approved ( estates and trustees can go to Hell ) is the only shit that really ‘counts’ to me.

Grandpa over and out.

Hey, remember back in 1991 when King remade a movie version of The Shining with his lead characters in all their complex and three dimensional glory?
Neither does anyone else.
GC

Yeah, not every book can handle unmolested film adaption and not be well, a fail.

Some stories have to be text.

For this very reason I firmly believe that few books/stories should ‘make it to the screen unmolested.’

That being said, they are still not the same, story. I’m not sorry. It is what it is.

It’s okay with me if some one likes a heavily massaged film version of a text over the original though.

Book of The New Sun, would probably make the worst SF film in decades ( without Conan franchise levels of molestation ), even though as a TEXT its one of the best of its kind in decades.

Oh yeah and though I was just knee-high to a grasshopper in the 90’s I’m pretty sure EVERYTHING sucked in that hellcade.

There’s an annual competition for film school students in which the challenge is to make a new trailer for a classic film as if it were in a completely different genre. The big studios choose which films they’ll offer permissions for, so the students have about half a dozen to choose from, in a variety of original genres.

Here’s the winning trailer for an imaginary romantic comedy, Shining. The scenes look awfully familiar, don’t they? My favorite grace note is about midway through the trailer, when the inspiring pop song starts up.

I like the book a lot, but agree that the film is equally great in its own right. It’s a classic example that film adaptations do not have to slavishly follow the book, and are often inferior when they do (the awful 1991 Shining a prime example). I use the same argument with The Lord of the Rings. Are the Jackson films different than Tolkien’s book? Yes. Are they still terrific movies? Yes.

Sarah, thanks for sharing that link. Very inspiring 🙂

[…] was skeptical then, and remained so all the way up until September 24th when my copy of Doctor Sleep finally […]