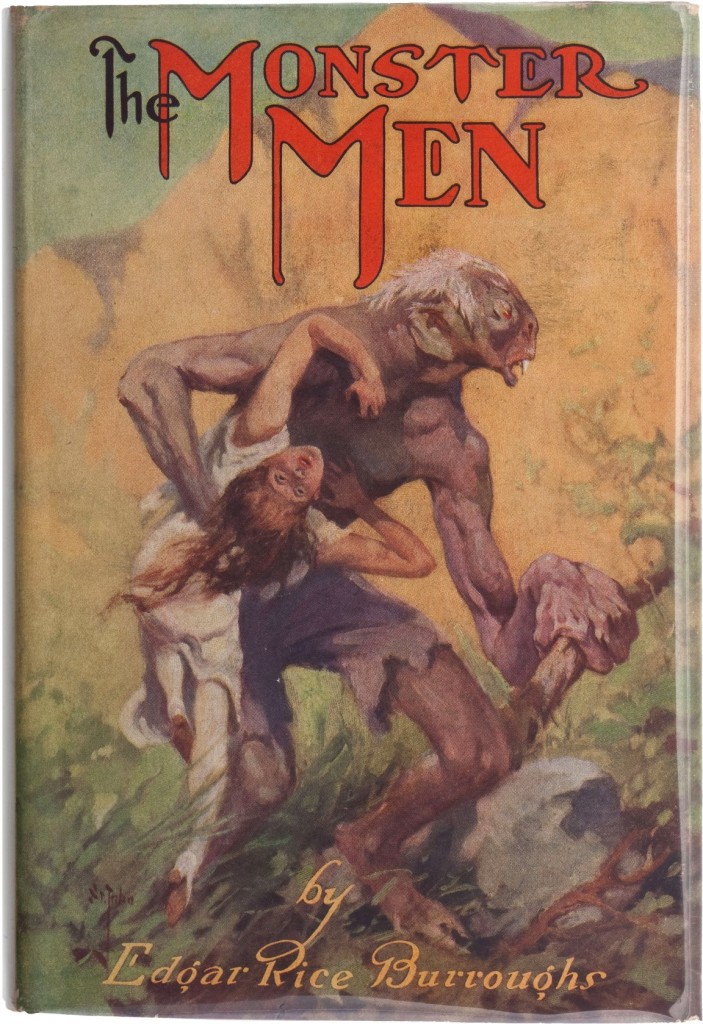 I’ve reached the halfway point on my retrospective of Edgar Rice Burroughs’s Pellucidar novels — and if I’ve learned one thing from having done two other complete ERB retrospectives (aside from never get in a flying vehicle with Carson Napier), it’s that I should take a break before plunging forward into the second half. Or maybe plunging down into the second half. Once a Burroughs series enters the late 1930s, the drop off in quality can get frightfully steep.

So before going Back to the Stone Age, I’m rewinding to the salad days of ERB’s career and exploring a lesser-known work: a take on Frankenstein and The Island of Dr. Moreau filtered through the pulp jungle adventure; a book of great promises and great frustrations.

The story that would eventually become The Monster Men is an ambitious thematic and character experiment that explodes with the exuberance of early Edgar Rice Burroughs. It’s also a misfire where generic pulp elements and a terrible ending undermines the potential for one of its author’s most intriguing works. The ebullience of youthful ERB bursts through, but the control and follow-through with complex ideas seem to have been left to the concurrent Tarzan, Mars, and Pellucidar series.

Burroughs wrote the novel in April 1913 during a feverish period between The Cave Girl and The Warlord of Mars. He may have devised the idea in late 1912 as a short story. But he soon discovered the short story wasn’t his medium and expanded the idea into a full-length book titled “Number Thirteen.” It appeared as “A Man without a Soul” in the November 1913 issue of All Story. For its first book publication in 1929, the name was changed to The Monster Men, by far the weakest of the trio of titles, but the one we’re stuck with. “The Man without a Soul” had been used as the title for the U.K. book publication of The Mucker, which probably accounts for the change. The title coincidence between these two books, however, isn’t exactly a coincidence, something I’ll examine later.