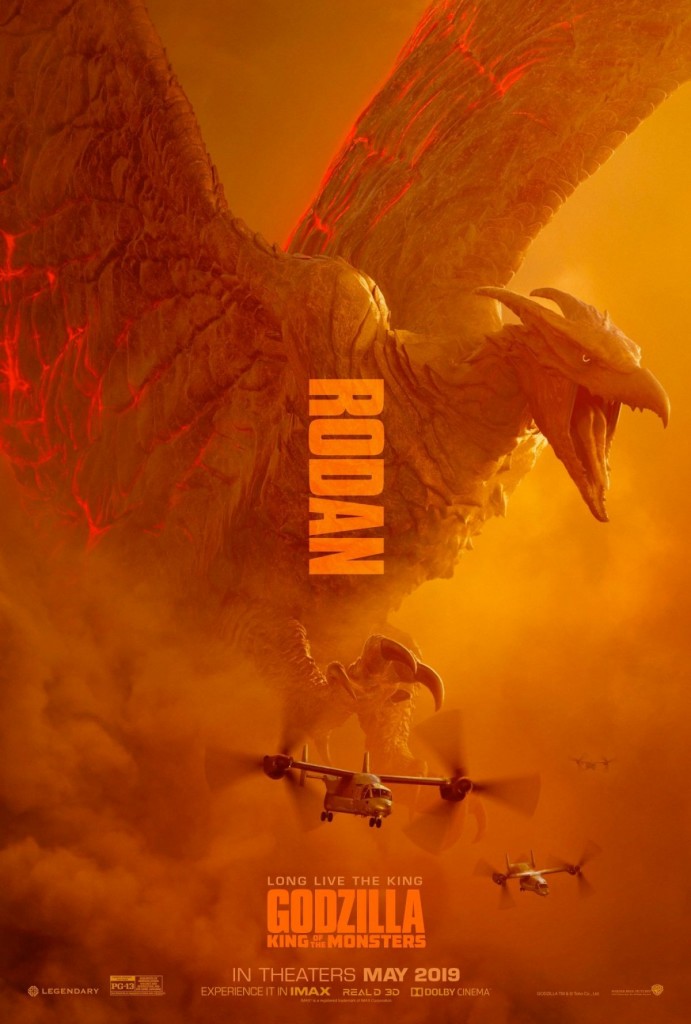 The trailer for Godzilla: King of the Monsters, the direct sequel to the 2014 US Godzilla and the third installment in the Warner Bros. “Monsterverse” series after Kong: Skull Island, arrived earlier this week. It’s beautiful kaiju madness, even without Debussy’s dulcet tones rolling beneath it. King Ghidorah appears in all its auriferous splendor, charging into Godzilla in a jaw-dropping final shot meant to bring tears to my eyes. It succeeded. Our own Nick Ozment has some thoughts about it he put up yesterday which you should check out.

I’m tempted to proclaim the wonders of King Ghidorah, but I’ve already given the three-headed space dragon plenty of attention in a post about Ghidorah, The Three-Headed Monster, the 1964 film that’s essentially the template for the upcoming Godzilla movie. So as an alternate, I’m going to talk about the other monster who has money shots in the trailer: Rodan, one of the oldest of Toho Studio’s monsters. Specifically, I’m going to look at Rodan’s debut, a self-titled showstopper from 1956 and the first Toho kaiju film in color.

Sora no Daikaiju Radon (“The Giant Monster of the Sky, Rodan”), which Toho titled Rodan for US foreign sales to avoid confusion with the chemical element radon,* was released the year after the first Godzilla sequel, Godzilla Raids Again. The second go-around for Godzilla was financially successful, but not the earth-shaker of the original. Toho didn’t think there was more to mine from Godzilla and wouldn’t return to the Big G until King Kong vs. Godzilla eight years later. But Toho executives were willing to bet theatergoers would show up to see a destruction spectacle with an new type of monster … especially if was IN TECHNICOLOR! Or Eastmancolor.