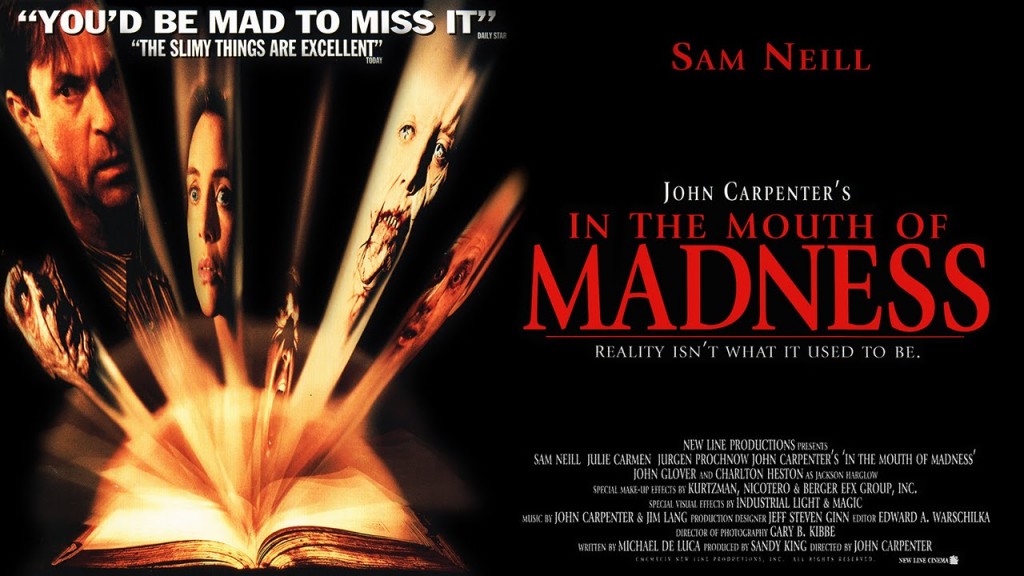 “I think, therefore you are.”

John Carpenter’s career couldn’t have taken a sharper turn than to go from the impersonal director-for-hire Memoirs of an Invisible Man, targeted toward a mainstream date-night audience, to In the Mouth of Madness, a highly personal film aimed at the narrowest and most specific audience of horror lovers possible. Of course, In the Mouth of Madness was a financial failure — the biggest at that point in Carpenter’s career. And, in a familiar pattern, it’s now revered and widely considered John Carpenter’s last great film. (I hope this turns out to be false, because Carpenter is still alive and I want him to direct again. Still, the odds of him turning out something better at this point … yeah, wouldn’t take that bet.)

I analyzed In the Mouth of Madness for Black Gate in 2014 for its debut on Blu-ray. As cosmic fate would have it, this next entry in my John Carpenter retrospective falls right at the release of a new special edition Blu-ray from Shout! Factory, giving me an opportunity to make a few new observations. Not that I might run out of things to talk about when it comes to a layered, strange, cerebral, and unapologetically nerdy flick like In the Mouth of Madness. This one will drive you absolutely mad!