Last week in part one of our interview Black Gate sat down with Forgotten Realms and Pathfinder author Dave Gross to talk about writing, gaming, and his latest Pathfinder novel, Master of Devils. This week Dave tells us more about his early influences and his transition from gamer to game fiction writer.

Chicken or egg time: what came first for you — gaming or storytelling?

My first geekdom was ghost and horror stories, collections of which I’d order every time the Scholastic Books flyer came around our grade school. I can’t remember when I was first writing stories, but I’m sure it was in homeroom with a half pint of milk nearby. Later I burned through all the SF at our city library, and one day my cousin Francis handed me a copy of The Hobbit, and fantasy became my favorite. After burning through the Tolkien trilogy I devoured everything I could find by R.E. Howard and his clan. It was around that time that a classmate and his elder brother introduced me to D&D. They taught me the game from the original saddle-stitched books. Once the boxed game came out, I began DMing. Which, of course, is its own sort of storytelling.

END_OF_DOCUMENT_TOKEN_TO_BE_REPLACED 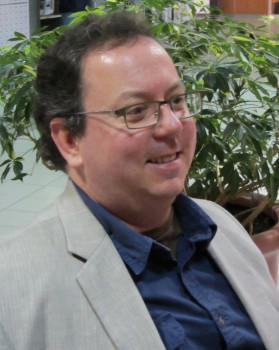