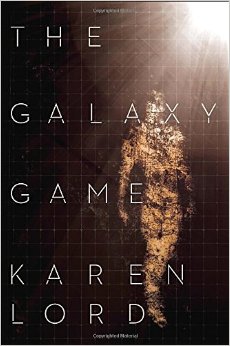 I attended my first science fiction convention in 2000 or so. EerieCon in Niagra Falls, New York. A decade-and-a-half later, I’ve become a regular at some conventions, such as GenCon, but others I don’t regularly attend. The big, more corporately-driven conventions like GenCon, Comic-Con, and DragonCon, are very popular, but it’s the smaller literary conventions where the real die hard fans like to gather. As much as I love many of the media representations of science fiction and fantasy, I fell in love with the genre through books.

Last weekend, I made the drive from my central Indiana home up to Dearborn, Michigan, for ConFusion. I lived in Detroit for 4 years and attended ConFusion several times during that period, but moved away over a decade ago and have only been there a couple of times since. Twice I was fully prepared to go, but mid-January weather caused last minutes changes in my plans.

This year, the weather cooperated. The drive took about 4 hours, and I wasn’t alone. This time it was a family trip, with my wife and two sons (9 and 5 years old) along for the adventure. We typically devote a day as a family to GenCon, but I’ve avoided bringing my kids to the more literary conventions. ConFusion has historically had a pretty solid kid’s track, KidFusion, including a Saturday night pizza/pajama party. It’s definitely one of the more kid-friendly conventions, so we decided to give it a try as a family this year.

Weather allowing, ConFusion is a great convention for those in the Midwest to attend, both for those who love to read and those who love to write. It draws a lot of fantastic authors, including a regular stream of top names in the field, authors that regularly appear on award nomination (and winner) lists.