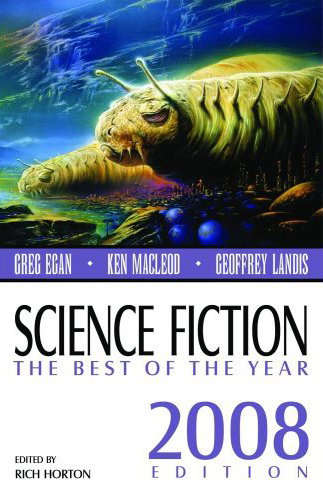 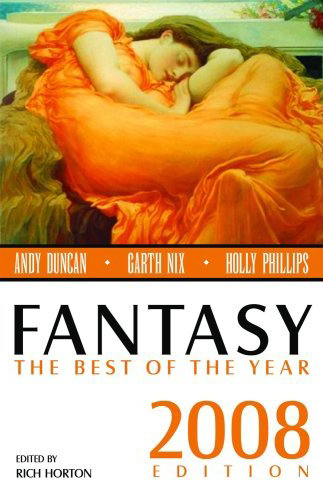 I read various issues of 51 print magazines, 33 electronic sources, 40 original anthologies, 12 story collections with original pieces, 19 single story chapbooks, and a few other miscellaneous spots. These places included (that I read) a total of 2343 stories: 73 novellas, 366 novelettes, and 1904 short stories (338 of those short-shorts). That’s a personal record, and so is the total wordcount: somewhat over 12.7 million words.

And I counted 961 science fiction stories, the rest being fantasy (or horror or slipstream or mainstream or, in perhaps one case, a barely or not at all fictionalized memoir). That’s 41%, which I will say is a bit smaller proportion than I might have guessed.

BEST OF THE YEAR

Here I will simply list the contents of the three books I had planned to publish this year: the Science Fiction: The Best of the Year 2008 Edition, and Fantasy: The Best of the Year 2008 Edition, and also a prospective Space Opera 2008 Table of Contents. Alas, the Space Opera volume has been canceled, but the other two books will appear. And I will follow with lists of other stories that nearly made the cut — some were stories I couldn’t use for contractual reasons, some I didn’t choose for reasons of balance — they were too long, perhaps, or I already had too many stories from the same source, or I was already using a story by the same author. And some are stories that I agonized over, and decided I couldn’t fit. All of these stories are worthy of reprinting in Best of the Year volumes, in my opinion. They form something akin to Gardner Dozois’s Recommended Reading lists that appear in the back of his Year’s Best volumes.

All the book Tables of Contents are in currently planned TOC order. 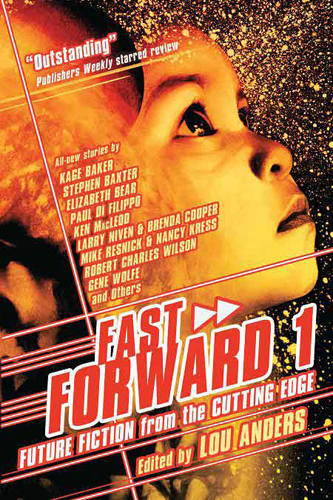 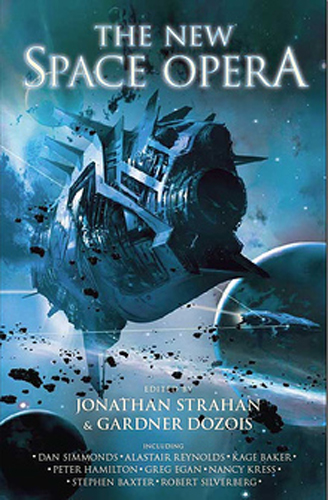 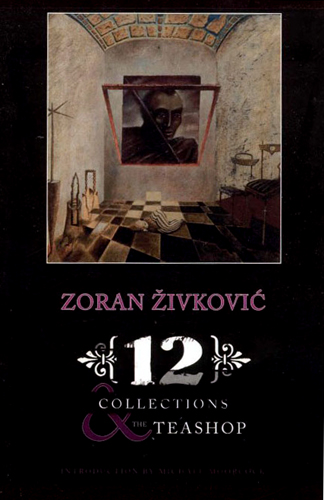 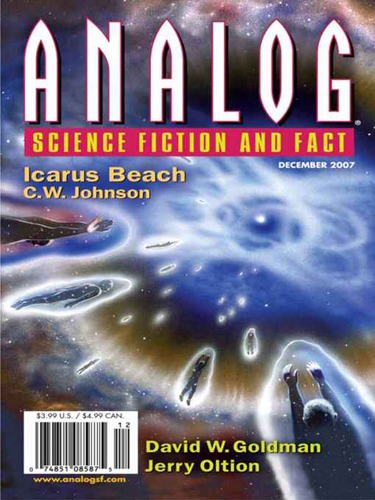 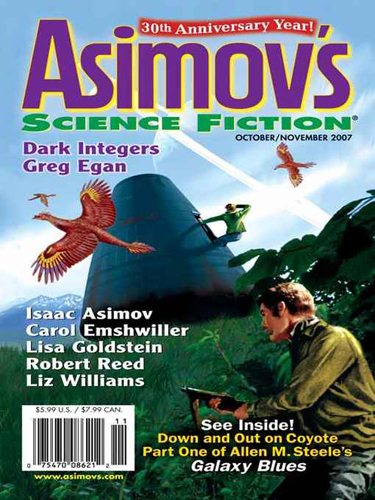 The other stories that were on my final lists, this time organized by size category and then alphabetical by author: 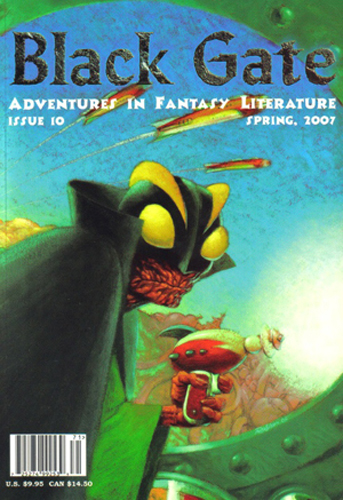 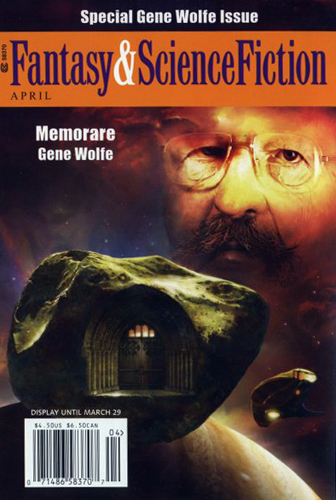 Counting the novellas in my books (real and virtual) I make that 11 novellas, of 73 total (15%). By comparison, my recommended list last year had about 23% of the novellas I read — reflecting again my feeling that this year was a bit weak in that category. 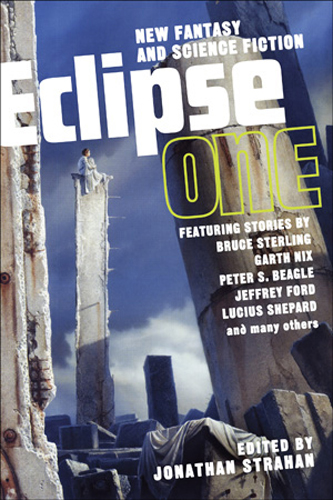 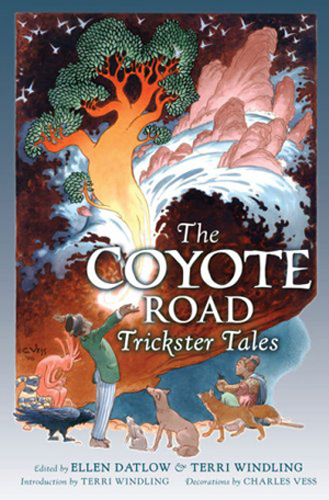 Thirty-nine novelettes total, or just shy of 11% of the novelettes I saw, not much different from last year’s totals. 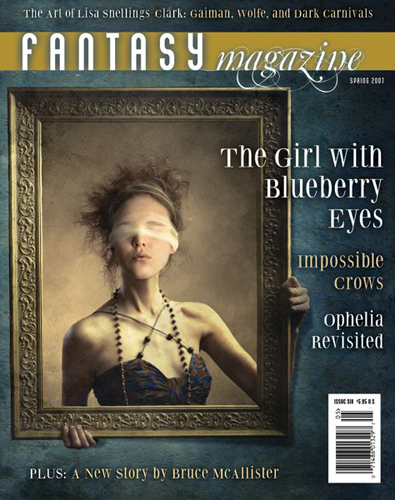 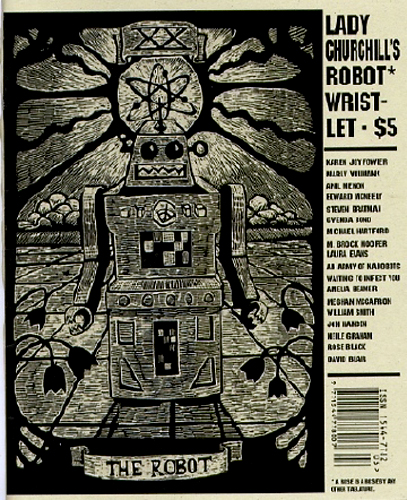 And that’s 54 short stories, a bit under 3% of the total short stories I saw, again not too different from last year’s proportion.

(As for my own gender balance stats, of the 104 stories on my “recommendation list,” 36.5 are by women, or 35.1%, which tracks pretty closely with the actual percentage of stories by women this year.) 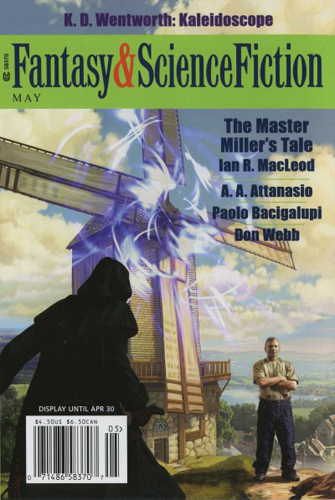 That’s just four, mind you. The fifth could be one of the Shepard stories (probably “Dead Money”), or the Williams story (except that’s not really eligible, because it’s about 50,000 words), or “Awakening.” 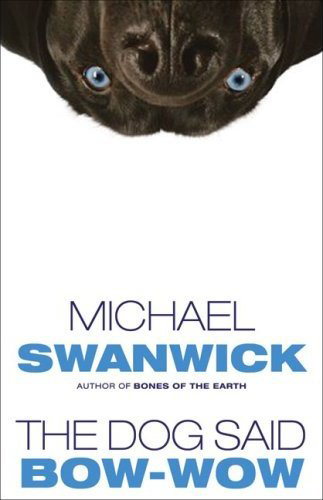 Obviously, that’s more than five. Which seems to happen more often in the novelette category than in other categories. I can’t recall which ended up on my personal final nomination list. The actual nominations included the Moles, Chiang, Abraham, and Egan stories above, plus another Egan story, “Glory.” Whcih makes it a pretty damn good ballot!

And finally, short stories. Here, two stand out, with five more currently under consideration for the next spots on my ballot. (And a few more are still perhaps in play, such as Mary Robinette Kowal’s “For Solo Cello, Op. 12.”) 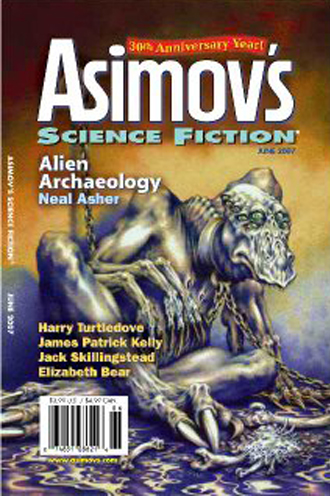 Of these, a Hugo nod went only to Ken MacLeod’s “Who’s Afraid of Wolf 359?” The other Hugo nominees are “Last Contact” by Stephen Baxter, “Tideline” by Elizabeth Bear, “Distant Replay” by Mike Resnick, and “A Small Room in Koboldtown” by Michael Swanwick.

Rich Horton’s feature articles exploring the rich history of modern fantasy and science fiction appear in every issue of Black Gate. Also read his The Virtual Best of the Year: 2005 and 2006.