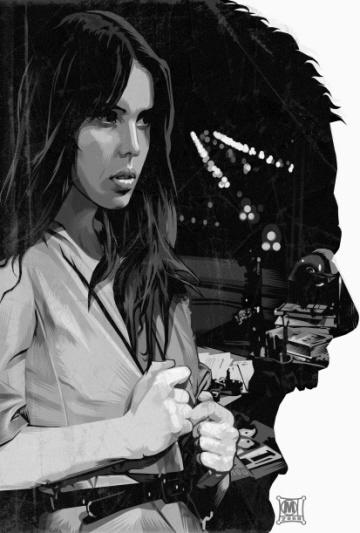 People who sell cars are more of a type than any other occupation I know. They tend to be shallow, fastidiously groomed overachievers who reek of testosterone. Even the women. As a group their karma is so bad you have to wonder why more dealerships aren’t hit by meteors.

Before I walk into the dealership, I’m already a little afraid that Becky, who struck me as a simple, sweet girl, is being played by a slick operator. She isn’t my client, or my problem, but her guilelessness touches me.

You can tell who the salespeople are in a car dealership the second you walk in the door: they’re the ones who are instantly attuned to your presence, even if they’re deep in conversation with someone else. Even a well-fed lion keeps tabs on the zebras’ comings and goings. Four guys looked up when I stepped in off Thirty-Eighth Street, but I knew immediately which one Michael was, and the sight of him gave me an ugly pang.

Michael and I had gone out as teenagers, and he was the first guy I went all the way with – not entirely by choice. We had gone to a dance at St. Finbar’s, and afterwards he and I and another couple drove to Cannon Park, in Bay Ridge, to sit on the grass and look at the Verrazano Bridge all lit up over the narrows.

It was a beautiful, balmy May night. The moon over Staten Island silvered the grass around us, and I could smell the honeysuckle that twined itself through the links of the fence. The other couple soon disappeared into the gloom. Michael and I necked like crazy for a little while – he was a great kisser – then he started to undo the buttons on my pants.

We had the usual colloquy:

“Just turn over on your side.”

And more like that. In the end I let him, if you define let very loosely. I still feel an irrational need to shower every time I remember that night.

I’m no prude, and I wasn’t then – even if I was a technical virgin. I like a guy who’s surehanded in bed; confident of his own appeal and my consent. That night – and it was our only night – Michael was just over the foul line. He wasn’t brutal, he wasn’t even physically forceful, he just didn’t take no for an answer. I’ve learned since then that if a guy doesn’t take you seriously at times like that, he’ll never take you seriously at all.

He had the poor grace, the next day, to sound relieved when I said I didn’t want to see him anymore. I wasn’t being coy: I didn’t want him to change my mind, but I still felt a little bleak and lonely to see how little he cared for me.

Now he was looking right at me, with a grin that telegraphed the memory of his conquest in the grass at Cannon Park. I’m surprised how strong the urge is to turn around and run out of the dealership. Even without the knowing smirk, Michael is a repugnant presence. In a business where guys dress and groom for work the way normal men prepare for their wedding day, he stands out as ferociously slick.

There’s something more than a little predatory about his perfectly cut and combed-back hair, his just-right yellow tie against a pale blue shirt, and the heavy, dark wool jacket that frames the whole picture. Even before I’m close enough to tell, I know he’s going to be wearing just a bit more cologne than necessary, and that his nails are going to be professionally manicured.

“Debbie Colavito,” he says, “isn’t this a nice surprise!”

Except when he says it, I immediately know it’s no surprise, nor an accident that I’m there. That, coupled with his aggressively male demeanor, gives me a nervous, twitchy feeling. As he’s closing the distance to shake my hand, or God forbid, hug me, a panicky little voice inside my head is shouting “Run, run!”

But I don’t run. A half-second after the fear comes a spurt of rage at him for scaring me and for treating me with such bland condescension.

I get my hand out in time to forestall a hug, and he takes the rebuff with a knowing smile. I hate that he sees I’m scared and off-balance.

His skin is soft – moisturizer – but his grip is a shade too hard, and it’s meant to be. He wins another point when I pull my hand back just a bit too quickly.

The words sound genuine, but they’re delivered with a look that says he knows exactly how confused and vulnerable I’m feeling. I try to tell myself that I’m reading far too much into the moment, but that rational voice is easily overwhelmed by my lunatic limbic system, crazily whacking the alarm bell with a crowbar.

“What are you doing here?” I ask. Abrupt, and a little odd, maybe, but at least I found words.

“I work here,” he says, still smiling at my discomfort. “What are you doing here? I haven’t seen you since, um…”

He lets it hang there. The pretense that he has to struggle to recall the last time he saw me, and that he’s so obviously enjoying my discomfort, shifts my internal balance a bit from fear to anger.

“Yeah,” I say, holding up a hand to cut him off. “Let’s save memory lane for another time.” As if I ever want to see him again under any circumstances in which he’s not trapped in a burning dynamite factory. Some of that creeps into my tone of voice, and the other salesmen look up.

“I came to ask you about Becky Sandor,” I say.

“What about her?” Still the smirk.

“Are you playing her, or what?” I say. That I just blurt that out so artlessly is a good indicator of how rattled I am.

“That’s right, you’re a detective now. I read all about you,” he says. His smirk gets a little uglier. “Why, is she your client?”

He knows damn well Becky isn’t my client, but I’m not going to say so. I just stand there with what my mother calls “faccia brut.” The other salesmen are now making no bones about eavesdropping.

“Oh, I bet you’re working for Joe Peace Corps,” he finally says. “What’s her sad-ass ex, Will? The guy can’t take no for an answer? Tell him to move on.”

The guy can’t take no for an answer. I have to stifle the impulse to crack the smug jerk in his chops.

I’m not going to learn anything else. I’ve blown the interview. I know there’s nothing I can say that will get under his skin, and nothing I can say that won’t further advertise that he’s gotten under mine. I turn on my heel and walk away. Just as I’m pushing open the door, I hear the word “jealous,” and a gust of male laughter behind my back. I step out onto Thirty-Eighth Street, my face burning with humiliated fury.

The complete version of “The Natural History of Calamity” appears in Black Gate 14.

2 thoughts on “Fiction Excerpt: “The Natural History of Calamity””