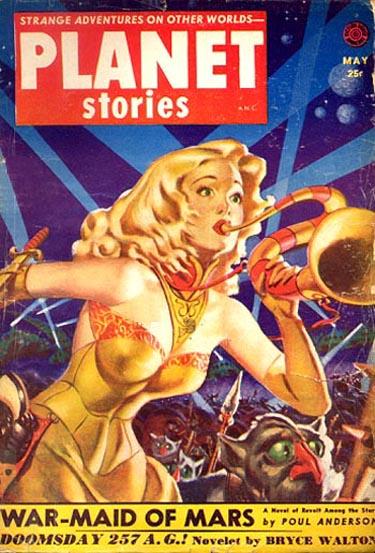 As these columns make clear, I trust, I read a great many issues of older SF magazines. I find this very enjoyable for a number of reasons, many divorced from the pure quality of the fiction. So it doesn’t matter that I have read much of the fiction already in anthologies. I like the look and feel of old magazines. I like the (usually ephemeral) features. I like the illustrations. I like learning at least a bit about the historical and fictional context in which the stories were published. I even sometimes like comparing original versions of a story with whatever version has become canonical.

Still, at bottom these are fiction magazines, and if one doesn’t enjoy the fiction at least somewhat, what’s the point? After I wrote a review some while ago of several issues of the little known UK magazine Science Fiction Adventures, Gregory Feeley put me on the spot — “Are any of those stories actually much good?”

Now, one dirty little secret of mine is that I can get considerable enjoyment, sometimes, from reading stories that aren’t really all that good. (They have to have SOME redeeming feature, mind you.) And in the case of Science Fiction Adventures I could certainly point to a number of pieces that were amusing to some degree but quite flawed.

But actually very good? Worth, say, reprinting at this late date? From those issues of Science Fiction Adventures I could only give Gregory one title: “The Fullness of Time” by John Brunner.

And so it often is with older issues of even better known SF magazines, with one proviso: they did publish many very good stories, but those tend to have been reprinted, usually very often. As I said, that doesn’t mean the magazines aren’t worth my time. For one thing, even if a story has been reprinted I may not have read it. And there are those flawed gems — often simply dated, but also flawed in other ways — that are still worth a look.

And finally there are those I want to cover here: the occasionally really nice tales that for whatever reason have never been reprinted (or perhaps have been reprinted only in obscure places). 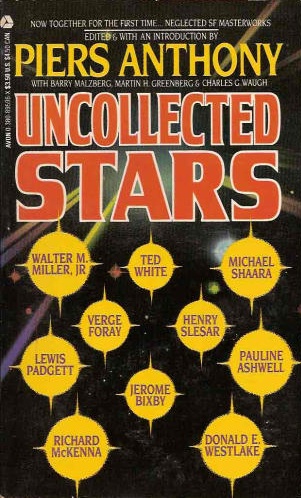 Let’s be clear — very few if any of these will turn out to be deathless neglected classics. But even if not “classics” there are some darn fine stories that can most readily be found in used copies of ancient magazines. Indeed, I’ve already mentioned one, though it is a bit of a special case. John Brunner’s wonderful “The Fullness of Time” has never been reprinted in its original version. But it is available in a perfectly acceptable form: Brunner combined it with its two prequels, all stories from Science Fiction Adventures, significantly revised and expanded, into the novel Times Without Number.

One reason most of the best SF stories of the past (especially going back to the 50s and 60s) have been anthologized is that there have already been books trying to collect the best previously uncollected stories. Barry N. Malzberg, in fact, did this twice. His first effort was Neglected Visions (co-edited by Martin H. Greenberg and Joseph P. Olander) in 1979, and the second was Uncollected Stars (co-edited with Piers Anthony, Martin H. Greenberg, and Charles G. Waugh) in 1986. [For contents, see sidebar].

Notable among the authors selected were a few who established considerable reputations in other genres: Coppel, Shaara, Westlake, and McKenna. And for that matter Jack Sharkey had a solid mainstream reputation, albeit for essentially SFnal work. Perhaps some of these writers made little effort to ensure that their early work was remembered.

The anthologies themselves are interesting and a bit quirky. But while they unearth plenty of stuff that I’m glad to have rediscovered, for the most part the stories, while good, are short of brilliant. Which is pretty much what we’d expect. On the whole I prefer Uncollected Stars, perhaps simply because it draws from a wider array of publications.

One of the very best of these stories is Pauline Ashwell’s “Unwillingly to School.” Ashwell (pseudonym of Pauline Whitby) sold two delightful stories about the irrepressible student Lizzie Lee to Astounding/Analog in 1958 and 1960: “Unwillingly to School” and “The Lost Kafoozalum.” She also published three stories as by Paul Ash in 1958 and 1966 (“Big Sword”, “Minds Meet”, and “The Wings of a Bat”.) The Ash stories were all anthologized, “The Wings of a Bat” in a Best of the Year collection, but the Ashwell pieces were not reprinted until Richard Lupoff picked “The Lost Kafoozalum” for one of his “Alternate Hugo” anthologies (What If?) and until Malzberg et. al. selected “Unwillingly to School” for Uncollected Stars.

Subsequent to this, Ashwell/Ash’s career has been revived — she has published several more stories in Analog under both her names, including enough Lizzie Lee stories for a fixup novel (Unwillingly to Earth, 1992), and including another novel as by Paul Ash. Very possibly these anthologies helped bring her work to the attention of editors and readers, and contributed to her recent return to the field. At any rate, just such a result must be one of the fondest hopes of an anthologist who brings lesser known stories and writers to the attention of new generations of readers. 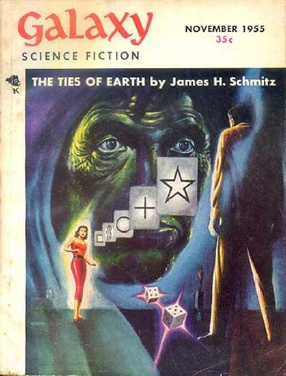 One reason to concern oneself with uncollected stories is the completist urge with regard to favorite writers. There are some — Isaac Asimov comes to mind — who were almost obsessive about seeing their work collected, and after he published The Early Asimov in the 1970s, which collected all of his early short fiction, even the really weak stuff, there wasn’t really any Asimov that couldn’t be found in book form. (Excepting perhaps some later work that hadn’t made its way to a book yet.) But not all writers are so insistent about collecting their early work — indeed, not many writers have the sales record to make that possible!

I went through a period in which I wanted to find all the James Schmitz stories I could. This included searches of used book sellers for such things as the November 1955 and January 1956 issues of Galaxy, which include the intriguing (if flawed) serial “The Ties of Earth.” (The editor of this very publication once told me he made a similar search, but after finding those two issues kept looking for the December 1955 Galaxy, in order to have the entire serial. The only thing is, there never was a December 1955 issue, and “The Ties of Earth” appeared in only two parts!) Happily, this kind of search is no longer necessary: Baen books, with the editing help of Eric Flint and Guy Gordon, collected the complete works of Schmitz in several volumes a few years ago. (“The Ties of Earth”, and many of the most obscure Schmitz stories, appeared in Eternal Frontier.)

(One might also note that Flint (through Baen) has published collections of stories by several other underappreciated writers, thus returning many worthwhile uncollected stories to print. Authors thus “resurrected” at Baen include Murray Leinster, Christopher Anvil, Tom Godwin, and Howard Myers [aka “Verge Foray” — one of the writers Malzberg anthologized], among others.)

One major writer, a very prolific author who has left some stories uncollected — and some never even anthologized — is Poul Anderson. He is one of my personal favorites, so I made a point of finding out which of his stories had not been in any of his collections — and which had never been in book form at all.

[The complete version of “Fictional Losses: Neglected Stories from the SF Magazines” appears in Black Gate 11]

One thought on “Feature Excerpt: “Fictional Losses: Neglected Stories From the SF Magazines””