This is a complete work of fiction presented by Black Gate magazine. It appears with the permission of Levi Black, and may not be reproduced in whole or in part. All rights reserved. Copyright 2016 by Levi Black. 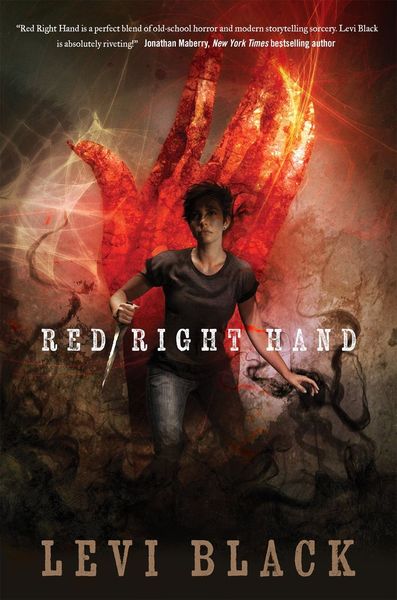 They had ever since he’d had the vasectomy some thirty-seven years ago. Everything would be fine, his balls would be nothing to think of and then BAM! he’d sit wrong and when he stood, they’d be sore like when Sally Jo Macalister had landed a knee there after he’d pulled her skirt up to her chin.

She’d nailed him but good.

But even with the occasional ache and soreness and nausea it brought he never regretted that vasectomy.

He hadn’t worn a condom in thirty-seven years.

More than he hated herpes. (Herpes weren’t all that bad.)

Then the ache had set in on the regular a year back, nothing would alleviate it, nothing would diminish it, it just stayed constant in his balls (the right one specifically) like a pain rat trying to gnaw its way into his guts.

He fished around his coat for a cancerstick, found his pack in his pocket crumpled and creased, the majority of the cigarettes inside broken and leaking brown bits of shredded tobacco.

He shook the pack empty on his lap and recovered two cigarettes intact, although they looked like someone had tried their damnedest to stomp them to pieces.

He coughed as he looked for his lighter.

He’d have bet money on that nasty habit taking him. Two packs a day started not long after he recovered from Sally Jo’s nut shot.

Where the fuck was that lighter?

“I will light yours if I can have the other.”

He startled, looking over sharply.

There was a man in a long black coat on the bench next to him. Long and lean, as if he were a shadow cast off something of an enviable height, he stretched on the bench, hands in the pockets of his coat.

Grady hadn’t seen him sit down.

The coat fluttered and rustled around the man even though there was no wind.

“Sorry, sorry,” why was he apologizing? “Didn’t see you there.”

The Man In Black smiled and Grady saw a wet gleam in the corner of the man’s mouth. “Most do not.”

“It will arrive when it arrives.”

Grady’s hands continued to float to pockets of their own accord, seeking out the familiar, comforting shape of the lighter he carried everyday.

The Man In Black shifted, turning more his way. “My offer stands.” His head tilted toward the two cigarettes lying on Grady’s leg. “Its a small price to pay for what you need.”

Grady chuckled. “Half my shit for the opportunity to inhale the other half? That’s not small, that’s…”

“Half?” the Man In Black offered.

“One cigarette to give you comfort, one to help your fellow… neighbor out.”

“Well, since you put it that way.” Grady handed over the more beaten of the two cigarettes, keeping the better one for himself.

The Man In Black took the cigarette in his left hand, holding it between long, slender fingers, studying it with dark glittering eyes.

Grady held up his.

The Man In Black pulled his right hand from his coat.

Every molecule in Grady’s body froze as he watched that hand move toward the cigarette in his lips. The fingers hung limply, a net of nerves and connective tissue running between and over raw muscle, knitting around knuckles of cream colored bone and brilliant white cartilage. They flowed across the back of the hand, now tracing along the paths and ridges of thicker veins that lay blue in snake trails toward the wrist where muscle ended in flat ribbons of tendon that disappeared up a cuff of unrelieved darkness.

That hand could stop time.

It could pull lightning from the heavens.

It could strike down an army.

What it did in front of Grady Spades’ face was turn with a flourish and produce a cheap plastic lighter like a magick trick.

A flick of the thumb across the wheel and flame licked out to light the cigarette between his lips.

Startled, he inhaled, drawing in smoke too quick for even his practiced lungs (still pink and healthy as a high school track star’s) to handle.

By the time he got his chest under control, the hand and the lighter were gone, disappeared back into the pocket of that long black coat.

The Man In Black still twirled the other cigarette in his left hand.

“Aren’t you going to smoke that?” Grady asked.

Grady grunted. “Party’s over too soon.” He took a long drag “How did you know my name?”

The Man In Black brushed away the question. “Did you want the party to last longer?”

“The doctor told you your party is coming to a close?”

I’m sorry, Mr. Spades. Your cancer has metastasized. If you were younger we could treat it, but at your age . . .

“They are doing nothing for you?”

“They say they can’t get it all. It’ll just come back no matter how much they take.”

They fell to silence, both of them sitting in the sun.

“I can remove all of it, Grady Michael Spades.”

The Man In Black looked at him.

Grady laughed. “Get thee behind me, pal. Sister Mary Lazarus told me about you way back at Holy Mother.”

“I am not the devil you know.”

“About removing the malignant cells that will kill you? Yes, Grady Michael Spades, I am indeed serious.”

Grady thought about it, wishing he still had the cigarette the Man In Black kept playing with so casually. “You can get all the cancer? Every bit of it out and me still healthy and ready to go?”

A thought quickened Grady. “If you can do that, can you rewind me to a younger self who can enjoy the party?”

“If I said yes, what do you want in return?”

“I am allowed to keep your diseased tissue.”

“You want my cancer?”

The Man In Black nodded.

“Why in the hell would you want that?”

“Do you truly want the answer to that, Grady Michael Spades?”

Even if he is just a crazy person, what do you have to lose?

“Is that an agreement?”

“Yes. Take away my cancer. I want to party some more.”

The words were barely past his lips when the Man In Black was on him.

The coat wrapped around Grady, slithering over his head and face, making the world go dark. Cold, so bone-achingly cold, seared his chin and cheeks. He couldn’t breathe.

He felt something digging in the crease of his hip and then a rough tearing sensation, as if his skin had been ripped asunder, and the pain flared to a white hot scorch.

Something curled in his guts and it sent a wet tickle up his spine and into his brain.

And something tore free.

Pain, wide and hollow and bleeding, spread across his abdomen as he felt something larger than a fist slide out of his body.

The coat fell away and he blinked up into the sun.

The Man In Black stood there, holding what looked like a string of raw chicken livers in his red right hand.

Darkness crept at the edges of Grady’s vision, vignetting the Man In Black as he tilted his head back and raised the fistful of dripping tumor. His mouth parted, revealing gleaming sharkteeth as his jaw slid sideways and unhinged, opening wider than it should be able to until it was a gaping maw, a basket of razored enamel that he held the cancer over and casually dropped into.

His head came down, pulsating back in to shape as he chewed.

Grady was cold, colder than he’d ever been, except one widening spot across his lap, that felt as if it were burning up.

The Man In Black squatted in front of him, long black coat rustling out to either side.

Grady tried to make words, pulling them from his fogging mind. “I thought . . . I thought you were going . . . to make me younger.”

“You should learn to bargain more specifically.” The Man In Black lifted the cigarette to his lips. The end flared red as he drew in a long inhale. “Thanks for the smoke.” 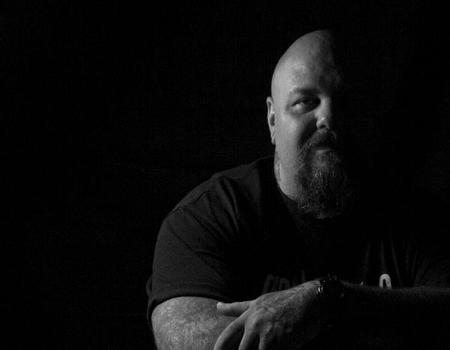 Levi Black is the author of Red Right Hand (Tor Books, July 26, 2016). He lives in Metro Atlanta with his wife and an array of toys, books, records, and comics. He’s been weird his whole life and is almost as scary as he looks.