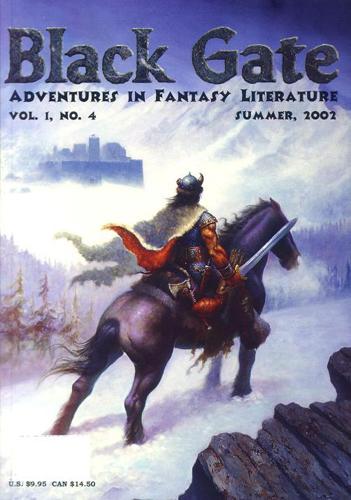 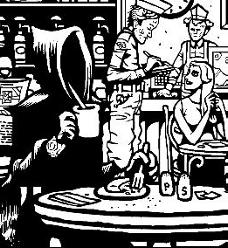 “The Loiterer in the Lobby”
by Michael Kaufmann and Mark McLaughlin
Was Piranha Foods part of an unspeakably evil plot against humanity? Or was it just bad marketing?

“Stranger Ev’rywhere”
by Tina L. Jens
The Lonesome Blues Pub was packed tonight…. especially if you counted the ghosts.

“Night of Two Moons”
by David B. Coe
The Qirsi wielded great magic against their enemies, the Eandi… but could they deal with a traitor in their midst?

“Beat Me Daddy (Eight to the Bar)”
by Cory Doctorow
They were the Eight-Bar Band, playing in tune with the bombers overhead and laying down a soundtrack for the Apocalypse.

“Far From Laredo”
by David W. Hill
Duke wasn’t sure where he was, exactly. But he was a hired gun and the job was real enough: get rid of them demons.

“A Prayer for Captain La Hire”
by Patrice E. Sarath
They called La Hire the bravest man in France. But in the dungeons of Chateau Machecoul, he would face a horror beyond his imagining.

“Mama Told Me Not to Come”
by Bill Johnson
Sir Linux was perhaps the finest swordsman on Questworld… but the mystery of the Daemon Inetd would require far more than a skilled blade.

Fantasy Classic: “Scatheling”
by Nancy Varian Berberick
A rousing tale of adventure and loss featuring the Dwarf skald Garroc and his human foster-son Hinthan, who last appeared in the novel The Panther’s Hoard. 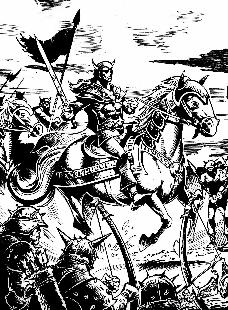 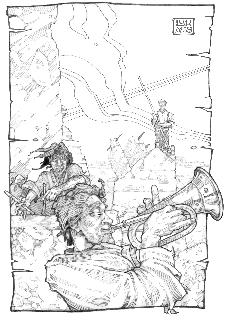 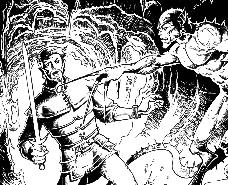