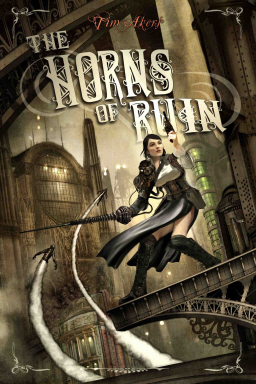 One of the great things about the Arts is that you create specific works that are pretty much a time capsule of who you were and what you were capable of doing at one discrete point in your life. Each book is a little piece of you that you leave behind in the time stream, and every time you open it you get to re-live and remember what it was like to write that book. It’s a little bit like having a conversation with a younger self.

I don’t mean to sound pretentious when I say things like that. I think too much about what it means to be a writer, how we go about coming up with worlds and gods and believable characters, and then translate those ideas into words in such a way that a reader can experience them as well. Let’s be honest, words are probably the crudest, clumsiest, most difficult to wield of all the creative arts. We depend so much on the imagination of the reader. A writer doesn’t even get to read the book to the writer, and instead has to depend on the reader’s ability to pace the sentences correctly, read the dialogue with the right tonality… everything. It’s troublesome, when you really think about it. This is why I encourage you to go to readings when you get a chance, if only to hear the words in the writer’s voice.

Anyway. One of the books I’ve written is The Horns of Ruin, which was published by the fine folks at Pyr Books in 2010. I’ve been thinking about it a lot recently because what I was trying to do when I started that book is similar to what I’m trying to do with the current work. But at some point I changed my plan and went in a different direction.