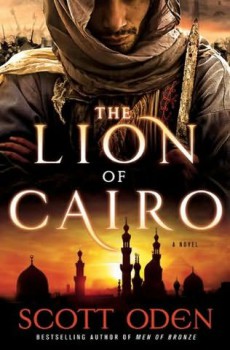 During the course of the past few days I’ve had the pleasure of chatting with a goodly number of writers. It’s been good for my soul to talk shop with knowledgeable peers. But one question that invariably cropped up concerned my method of writing. How did I prepare my drafts? And as I explained it, curious looks would blossom over the visages of my brother-and-sister scribes.

Apparently, my method is just a little odd.

END_OF_DOCUMENT_TOKEN_TO_BE_REPLACED

The portrait Dumas paints of d’Artagnan in The Three Musketeers is iconic: a penniless young Gascon who sets off for Paris on a horse that has seen better days, armed with his father’s sword, an ointment his mother made that “miraculously heals any wound that doesn’t reach the heart”, and a letter of recommendation to M. de Trèville, captain of the King’s Musketeers.  From such humble beginnings are heroes made.  But, how accurate a portrait is it?

For The Three Musketeers (1843-44) and its sequels, Dumas drew upon the work – some call it scurrilous – of Gatien de Courtilz de Sandras (1644-c.1712), a pamphleteer and man of letters who may have personally known the historical d’Artagnan, Charles de Batz-Castelmore.  Courtilz’s Mèmoires de Monsieur d’Artagnan first saw publication in Cologne, in about 1700; it was a bestseller in its day, running into three editions.  Amid its rumor and gossip, under its skin of story-teller’s tricks, was a skeleton of fact – much of which one can easily verify through the records of the day, and by letters and dispatches archived in places such as the Bibliothèque Nationale.

END_OF_DOCUMENT_TOKEN_TO_BE_REPLACED

On this date, August 27th*, nearly 2500 years ago, the straits of Artemisium came alive with the creak of oar-locks and the bellow of horns. Countless voices raised the paean, the battle-hymn of Athena, to the heavens. As the song reached its crescendo bronze-sheathed rams found their marks, splintering hulls and snapping oars. And so began the Greeks’ three-day clash against the numerically superior armada of Great King Xerxes of Persia, for control of the waters off the northern shore of Euboea—and ultimately, for control of Hellas, itself.

END_OF_DOCUMENT_TOKEN_TO_BE_REPLACED

“Beginning with you, Phoebus, I will recount the famous deeds of men of old, who, at the behest of King Pelias, down through the mouth of Pontus and between the Cyanean rocks, sped well-benched Argo in quest of the Golden Fleece.” —Apollonius of Rhodes: Argonautika, Book I.

Thus begins the epic tale of Jason and his intrepid Argonauts. I would bet most of us have never read Apollonius’ version (I’ve not read it in its entirety), but we neverthesless know the story thanks, in no small part, to Ray Harryhausen’s excellent 1963 film Jason and the Argonauts*. We know about the Fleece, and Medea, and poor Hylas, and the Clashing Rocks. The tale has become part of our cultural heritage, in a manner of speaking.

Imagine, then, what the world would be like today if back in the late 60’s and early 70’s Gary Gygax had allowed himself to be influenced more by ancient Greek myth and Harryhausen’s celluloid epic than by Tolkien and Medieval Europe . . . rather than Dungeons and Dragons we might be playing Mazes and Minotaurs. That would be cool, huh? Well, as they say: ask and ye shall receive . . .

END_OF_DOCUMENT_TOKEN_TO_BE_REPLACED

I’m an unrepentant role-playing gamer; an addict, if you must know.  My gateway drug was the original Dungeons & Dragons – the boxed set with the pseudo-Smaug red dragon on the cover.  My grade school chums and I played at every opportunity, from quick encounters at recess to marathon weekends of goblin-slaughtering and lair-looting.  OD&D was just the beginning.  From there, I branched out into other games: AD&D, Traveller, The Fantasy Trip, Gamma World, Star Frontiers, Call of Cthulhu . . . the dragon’s share of my formative years were spent tooling around the galaxy, delving into catacombs, or losing my sanity to various squamous and rugose horrors.

The games changed over the years.  Oh, I still delve into OD&D, part of the so-called “Old School revival”, but most of my gaming time is spent playing D&D 3.5 or a homebrewed d20 version of Warhammer 40K: Dark Heresy.  I’ve explored story games like Grey Ranks and In a Wicked Age, where the tale being told is more important than the framework of rules.

END_OF_DOCUMENT_TOKEN_TO_BE_REPLACED

Today (the 22nd) marks the 103rd anniversary of Robert E. Howard’s birth.  Surely we all know his biography by now: born in the tiny Texas town of Peaster, the only child of Dr. and Mrs. Issac Howard, a voracious reader who grew into a formidable man — and a legendary writer.  Like Tolkien with epic fantasy, REH is credited with the creation of the modern sub-genre of heroic fantasy — sometimes called sword-and-sorcery.  His stories — action-adventure, sports, westerns, supernaturals, fantasy, and historical . . . well over a million words from his first sale in 1925 until his death in 1936 — have influenced a generation of writers.  Whether it was his intent or not, REH has achieved the sort of immortality the ancient Egyptians craved: a man was accounted immortal if his name outlived the ages.

And so, in praise of Robert E. Howard’s life and work, let us each share our three favorite tales.

END_OF_DOCUMENT_TOKEN_TO_BE_REPLACED

When Tolkien created the Orcs, he unleashed upon the world a blighted race that embodied the worst aspects of ourselves; a race whose name became synonymous with cruelty and hate, with savage violence and genocidal fury.  Slaves, they were.  Foul servants of fallen gods and dark lords and wizards who had strayed from the light.  But, an odd thing occurred: Orcs evolved beyond the scope of their creator.  They grew and multiplied.  Their origins and aspects changed; they infested dungeons beyond number, became the military backbone of ambitious princelings and sorcerers-who-would-be-kings, and even found their way into the Chaos-wracked depths of space.  But always they remained lackeys.  Single-minded minions.  Sword-fodder beneath our contempt.  And yet . . .

And yet, not long ago Wizards of the Coast sparked a furor when they announced that half-orcs would no longer be a core character race in the 4th edition of Dungeons and Dragons.  Fans wanted them to stay; some even declared that no game could bear the D&D banner and not have half-orcs.  Indeed, the past few years have seen a sort of Orcish renaissance burst upon the fiction scene: a US omnibus edition of Stan Nicholls’ Orcs, Morgan Howell’s Queen of the Orcs trilogy, RA Salvatore’s The Orc King.  But, rather than the villainous beasts typified by Tolkien, these modern Orcs have been engineered into perfect exemplars of the Noble Savage. END_OF_DOCUMENT_TOKEN_TO_BE_REPLACED

It’s Christmas morning.  A mantle of crisp white snow blankets hill and dale.  You rise from your bed and patter down the stairs to find . . . what?  What is your fondest Christmas morning memory?

Mine goes back to when I was fourteen years old.  That summer, I’d boldly announced to my parents that I wanted to be a writer.  This pronouncement was met with stony silence.  “But Scott,” my mother said at length, “how will you be able to live on what writers make?  You need a trade to fall back on.”  My dad never said a word.  A member of the Greatest Generation, a veteran of WWII, he simply shook his head and went on about his business.  My oldest brother, a newspaperman, had taken a year off to write the Great American Novel; I heard my father tell one of his brothers that the only thing that boy of his sold that year was a washer and dryer, and that to get money for his rent.  I was adamant about it, though.

I wrote a few horrible stories that fall, typing each one out on an old Smith-Corona, making copies, and sending them out to Weird Tales (George Scithers was at the helm).  I got the stories back, of course, and though I was discouraged I never gave in.  I also never sold a story.  But, my folks must have seen something they approved of in the way I kept at it.  That Christmas, instead of toys or clothes, they gave me a better typewriter and a large box of supplies: paper, ribbons, pens, notebooks, envelopes, notecards . . . everything I would need to keep submitting stories.  I was shocked, frankly.  Though they never spoke a word of encouragement, their actions let me know they were rooting for me.  Even now, with three books under my belt, my mom will still occasionally scold me for not having a trade to fall back on even as she tries to sneak money for postage into my pocket . . .

So, that’s my fondest Christmas morning memory.  What’s yours?

A common refrain about the publishing industry – heard clearest of all in those places where writers gather online – is that editors and agents are more interested in making a fast buck than in finding a solid author, that they’d rather have cookie-cutter fiction instead of something that breaks new ground, that they just don’t get it.  While I naturally cannot speak for every writer, my own experiences have led me to believe that the opposite is true.

To be sure, publishing changed when the conglomerates took over.  What was once a gentleman’s enterprise became instead a ruthless business, one replete with attorneys and accountants for whom books are merely a curiosity, a commodity.  There is an apocryphal tale from the late 80’s about a financial analyst who crunched the numbers and came to the conclusion that, since only a small fraction of books were destined for bestsellerdom, the editor-in-chief would do well to focus the company’s resources just on those few books.  Wearily, the editor explained that no one could predict which books might outperform the others until after they were released.  It’s frightening to think that the people who are ultimately in charge of our creative destines might not have the first clue what they’re doing.

END_OF_DOCUMENT_TOKEN_TO_BE_REPLACED

“Man, you have got to read this book!”  The words came in a breathless rush, from a friend whose opinion I trusted.  “It’s better than Gates of Fire!” he said, thrusting a rather thick volume into my hands.

Now, most everyone who knows me understands that I have two literary idols, one dead and one living: Robert E. Howard and Steven Pressfield.  They are the prophets of my personal pantheon; their words, their stories, have no equal.  Thus, for him to come up to me and say he’d found a book better than Pressfield’s Gates of Fire was pure heresy, like taking a tinkle on the Bible.  “Impossible!” I replied, holding the book away from my body as though its touch was enough to cause spiritual pollution.

Color me skeptical . . . and more than a little eager to prove my friend wrong. I accepted his challenge and dug into it that very afternoon, expecting I’d call him up in an hour or so and curse him for taking Pressfield’s name in vain. But I couldn’t. That book had sucked me in.