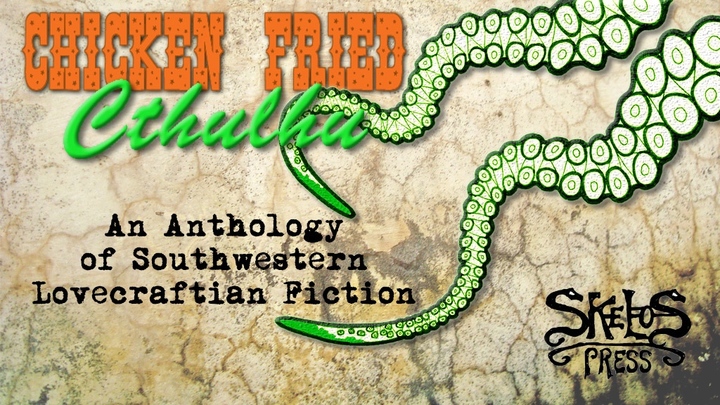 It started with Arkham House, of course. The original Tales of the Cthulhu Mythos anthology strove to collect, and maybe even codify, the various stories written by Lovecraft’s contemporaries during their heyday; Robert E. Howard, Clark Ashton Smith, Frank Belknap Long, Robert Bloch, August Derleth, and others. That was back in 1969, right in the middle of the epic fantasy and sword and sorcery boom. Other anthologies of a similar nature followed, attempting to trace antecedents and well as descendants.

When the horror boom swept in during the 1980s, authors like Ramsey Campbell and Robert Bloch were releasing collections of nothing but their mythos stories. As the popularity and notoriety of Lovecraft’s works increased, smaller publishing efforts like Chaosium’s early collections themed around a particular Great Old One — The Azathoth Cycle, say — sold briskly.

So, with all that being a given, why on Earth are we trying to publish Chicken Fried Cthulhu? What’s so special about the Southwest, anyway? It’s a great question. Let me give you the short answer: Joe R. Lansdale.