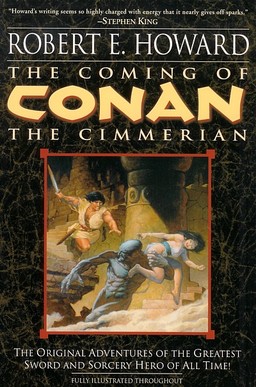 Urban fantasy? You mean that genre where everyone gets to shag a vampire? What the hell has that got to do with fighting off the corruption of civilization with only a broadsword and a loincloth? At least, that’s pretty much where my head was at a few months before I started writing No Hero.

See, I never really expected to write an urban fantasy novel. Except now I’m on my fourth…

Back when I started writing my first urban fantasy novel, No Hero, what I really wanted to capture was my love of the old pulps, to create some good old-fashioned two-fisted action. Men of moral fiber refusing to bow down and be beaten. I was flailing around for a way to channel that when a friend said to me, “You know, urban fantasy is just sword and sorcery with a modern day setting.”

Now, obviously this is a slightly problematic statement. But as I thought about it, I realized the argument had more heft than I’d originally considered.

In an article in this magazine, “The Demarcation of Sword and Sorcery,” Joseph A McCullough V lays forward a pretty clear blueprint for the subgenere. First he deals with characters, stating that they are: 1) self-motivated, 2) outsiders, and 3) of heroic stature.

The first two of those characteristics are perhaps taken best together. The quintessential urban fantasy character is probably the private investigator. By definition these are outsiders: they are not part of any larger legal organization, they operate alone or within a small support network of other loners and social oddities, and they are outside of the world they investigate. They stand apart from the criminals they pursue. What’s more, they are self-motivated: they decide the cases they take. They decide how to pursue them. While not all characters are private detectives (none of mine are), they do all tend to share these traits (yep, I’m covered).