The 70s was the golden age of science fiction anthologies, and especially themed anthologies. You didn’t find a lot of books collecting SF cat tales, mermaid legends, or vampire love stories in those days (not that there’s anything wrong with those, I hasten to add).

But take Mars, We Love You, for example. Originally published in hardcover in 1971, the heyday of the Mariner program, it was an affectionate look back at classic SF about the Red Planet. It was a goodbye to the pulp dream of Mars, really, in the cold new age of space probes, which closed the door forever on the SFnal vision of a sister world of planet-spanning canals, ancient Martian civilizations, and alien wonder. Though tinged with pulp nostalgia, and a yearning for a time when many of us still dreamed of finding intelligent life right here in our own solar system, Mars, We Love You is nonetheless a fine anthology that makes enjoyable reading today.

Here’s an excerpt from the introduction by editors Jane Hipolito and Willis E. McNelly.

It is our hope that this collection will show the chronological growth pf the dream of Mars and Martians over the last hundred years. We begin with Giovanni Schaiparelli’s misunderstood remarks about “channels” on that planet’s surface for which the Italian word was canali. The myth grew from the word and provided the mystique of Mars. We progress from Percival Lowell, H.G. Wells, Edgar Rice Burroughs, and a dozen other writers to several stories and poems written expressly for this book.

The Book of Mars is a hearty anthology, especially if you’re a fan of Mars (and who isn’t?). It contains the complete novel The War of the Worlds by H. G. Wells, and excerpts from two other classic featuring the red planet: A Princess of Mars by Edgar Rice Burroughs and Double Star by Robert A. Heinlein. There’s also a Venus Equilateral novelette by George O. Smith, a Federation novelette by H. Beam Piper, and stories by Ray Bradbury, Stanley Weinbaum, Harlan Ellison, P. Schuyler Miller, Arthur C. Clarke, Harry Harrison, Damon Knight, Lester del Rey, Anthony Boucher, and many others — plus original stories by Bruce McAllister and Barry N. Malzberg. Not to mention Giovanni Schiaparelli’s famed 1877 article on the canals of Mars, and essays by Isaac Asimov, Percival Lowell, and Willis E. McNelly. 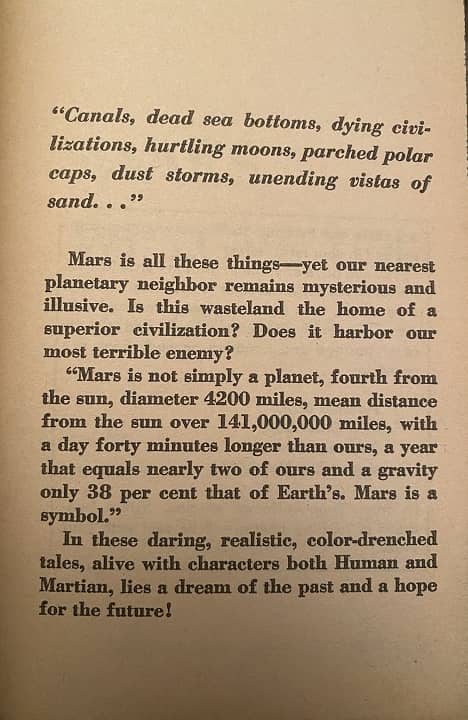 Inside cover page for Mars, We Love You

Mars, We Love You makes a fine textbook for readers curious about how science fiction uses our current understanding to create intriguing story settings. In The War of the Worlds and “A Martian Odyssey,” Mars is a distant source of inscrutable alien threat; that image had softened considerably by the time Bradbury’s “The Lost City of Mars” appeared, replaced with a deepening sense of mystery.

The process continues even today. Science has told us the surface of Mars is a cold and lifeless desert, yet science fiction writers still find ways to tell thrilling tales of desperate life-or-death struggle on that pitiless landscape, like Ridley Scott’s superb 2015 film The Martian. 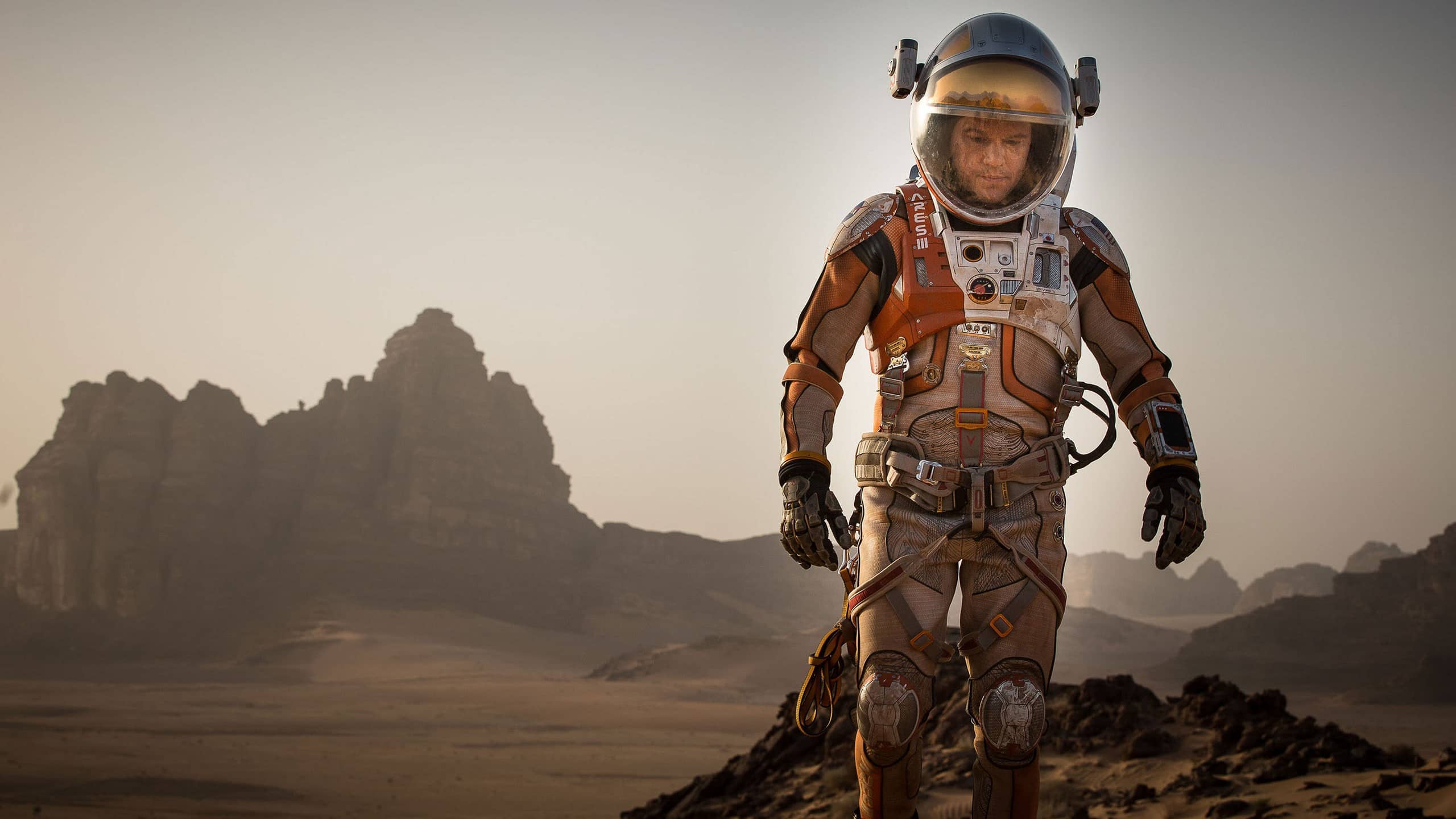 Here’s the complete Table of Contents for Mars, We Love You.

In the UK the book was reprinted five years after its original publication, under the title The Book of Mars.

Back covers for Mars, We Love You and The Book of Mars

This was the only SF anthology Jane Hipolito ever produced. Willis E. McNelly had a brief run as an anthologist in the mid-70s, co-editing Above the Human Landscape: A Social Science Fiction Anthology with Leon E. Stover (1972) and Science Fiction Novellas with Harry Harrison (1975).

The Book of Mars (and it does sound like an awesome anthology) has the same Woodroffe cover that was used on the Ace paperback of James Tiptree’s Ten Thousand Light Years from Home (which was the worst-proofread book I’ve ever read.)

That’s where it’s from! I knew it looked familiar. Good eyes, Thomas! 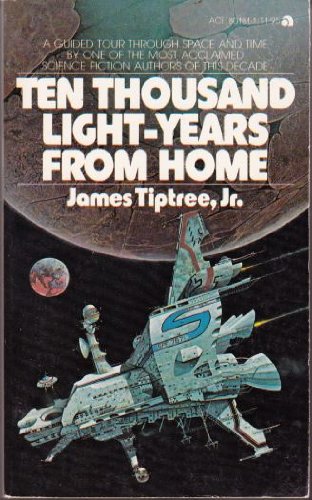