The Free City of Zobeck, a booming trade city in Kobold Press’ popular Midgard, is one of my favorite modern adventure settings. It’s a terrifically imaginative urban environment with guilds, gangs, and gods, a notorious Kobold Ghetto, the Arcane Collegium, a clockwork wizard school, and much more. It was originally designed by Wolfgang Baur and, according to Kobold Press, is where the setting of Midgard was first born, “a clockpunk city forged in the fires of revolt, with monsters and magic drawn from the dark folktales of medieval Eastern Europe — plus details of devils, Kobold kings, and plots galore.”

Zobeck has been well supported over the years, with releases like Tales of Zobeck, Streets of Zobeck, and multiple editions of the Zobeck Gazetteer. But the most ambitious supplement to share geography with the free city is Empire of the Ghouls, funded by a hugely successful 2019 Kickstarter that raised over $168,000.

Weighing in at a massive 345 pages in full color, the standalone Empire of the Ghouls is a complete adventure campaign for characters from 1st to 13th level, fully compatible with 5th edition D&D and other modern RPGs. It details a Ghoul Imperium in the depths of the underworld and a series of interconnected adventures that delve deep into its secrets.

This heavy and highly readable volume is one the more ambitious and entertaining adventures to cross my desk in years, and it’s now available to all. Here’s a look at the wonders within.

The core Zobeck volumes: Streets of Zobeck, Tales of Zobeck, and the 5E edition of Zobeck Gazetteer

Empire of the Ghouls is a complete setting, providing GMs everything they need to start an underworld adventure campaign for players based on Zobeck (or anywhere, really). Here’s the publisher’s description.

Citizens of Zobeck are going missing and tension grows. Catacombs beneath the urban abodes may have answers, but what lurks in them may not enjoy company…

The machinations of the ghouls swirl beneath the surface of the world, leading it closer to destruction…

Who will uncover and stop these foul and, dare I say, ghoulish workings? Will your adventurers have the fortitude and ambition… or the greed and cunning it takes to put a stop to, or take advantage of, these dark movements?

Inside, you’ll find a complete adventure for characters level 1 – 13 in the 5th edition of the world’s first RPG.

This volumes draws from a political timeline your players will be familiar with if they’ve adventured in Zobeck. But you can transplant Empire of the Ghouls to any 5E-compatible campaign with relatively little effort.

Back covers of Streets of Zobeck and the 5E Zobeck Gazetteer

Empire of the Ghouls contains several interconnected adventures and supporting material, including:

I’m not likely to be fortunate enough to use this book in a campaign of my own, but I’m still enormously pleased I bought a copy. It’s a gorgeous and well-designed book, and well worth spending a few hours with for anyone interested in a fine example of modern adventure designcraft.

Original Midgard edition of the Zobeck Gazetteer, by Wolfgang Baur and Christina Stiles

Eric Watson summarized it nicely in his review of the digital adventure version at Roll20.

The most startling aspect of the campaign is that most of it doesn’t actually take place underground. The players won’t reach the Underworld until Chapter Five (10th level) and the actual Ghoul nation politics and setting, which is the entire focus of the included Underworld Gazetteer, aren’t really explored until the final chapter.

Empire of the Ghouls is instead a tour de force of Kobold Press’ fantasy setting of Midgard, which is thematically and tonally similar to the Forgotten Realms. Each chapter takes place in a new location as you hunt down artifacts to help defeat the ghoul threat, or in one chapter, violently interrupt an unholy marriage alliance between vampire and ghoul!…

The campaign includes over a dozen battle full color battle maps, including the undead castle Orzelbirg, a seaside cave full of cannibal dwarves, and an underground dragon graveyard, and they all look fantastic on Roll20….

Empire of the Ghouls may not be the Out of the Abyss-esque Underworld escapade I was expecting, but it does provide a lengthy, classic 5e campaign adventure in a well-realized fantasy world. 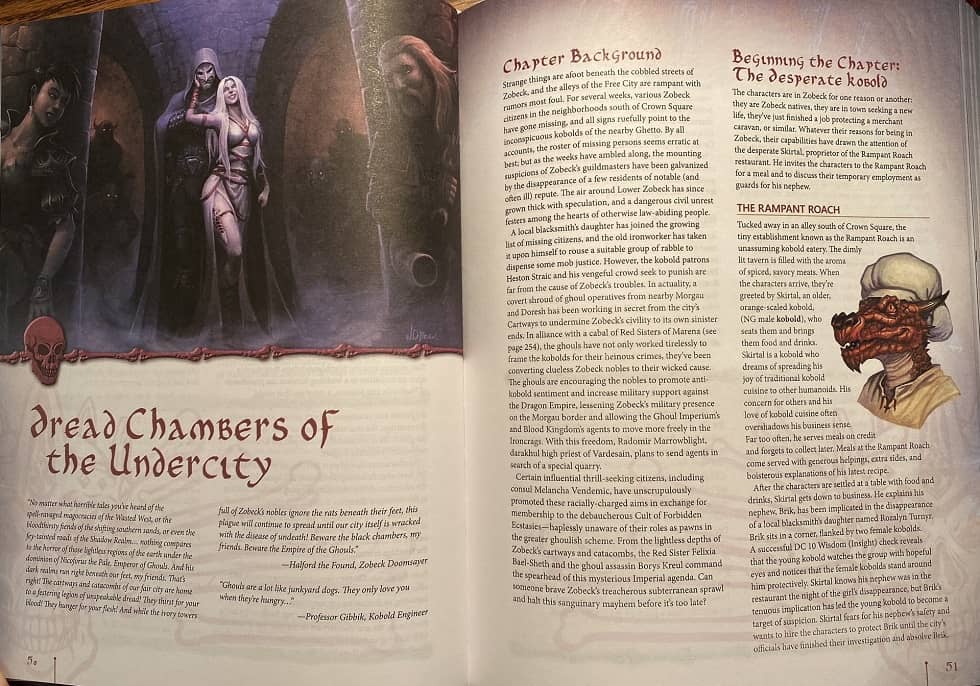 I haven’t played the Roll20 version (or any digital version), but instead have been enjoying the handsome print edition.

Empire of the Ghouls was written by Richard Green with Wolfgang Baur, Jeff Lee, Chris Lockey, Kelly Pawlik, and Mike Welham. It was published by Kobold Press in April 2020. It is 344 pages, priced at $49.99 in hardcover and $34.99 in watermarked PDF at DriveThruRPG. Get all the details at the Kobold Press website. 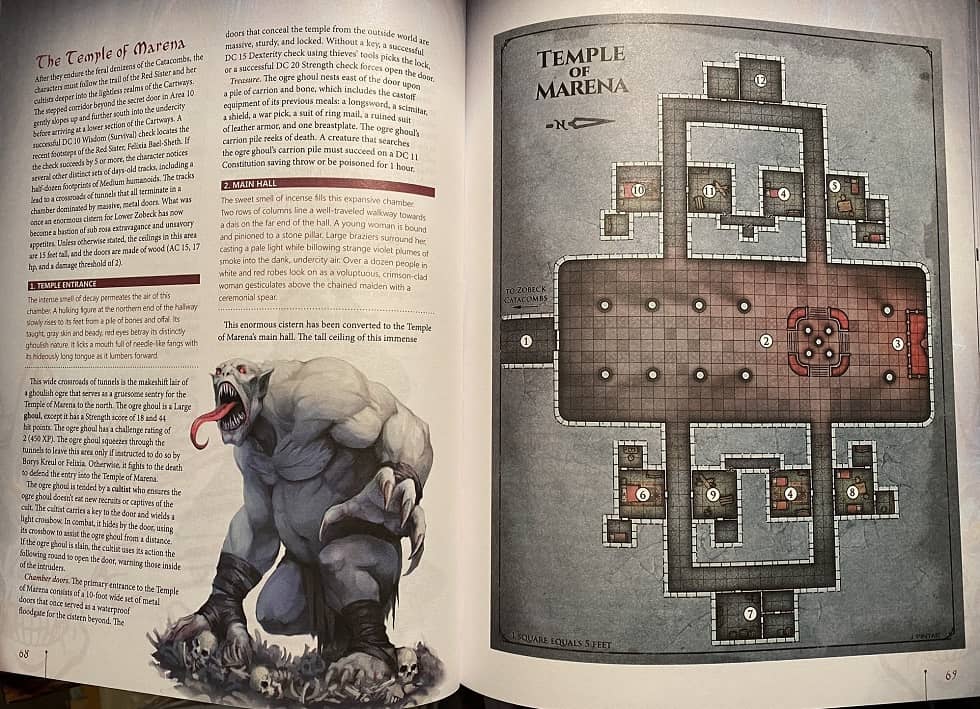 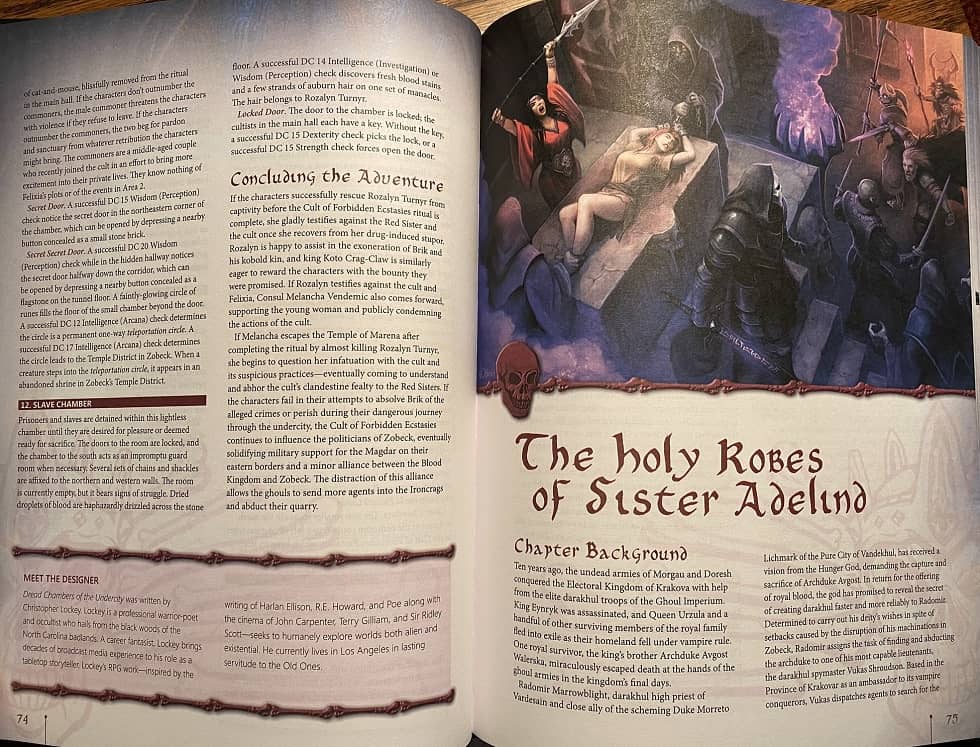 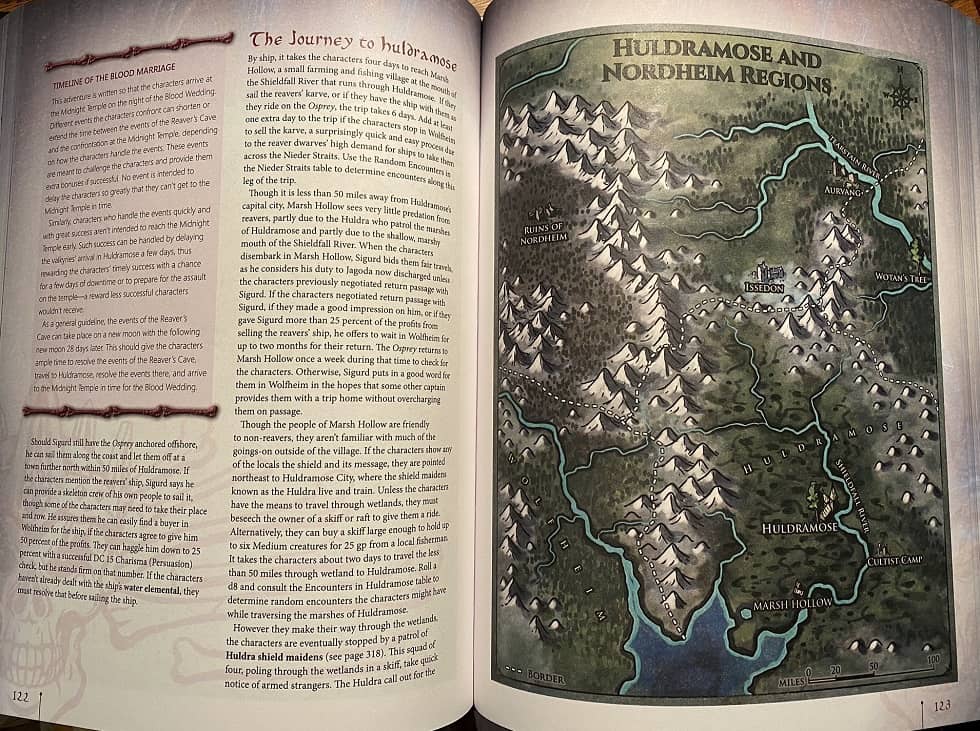 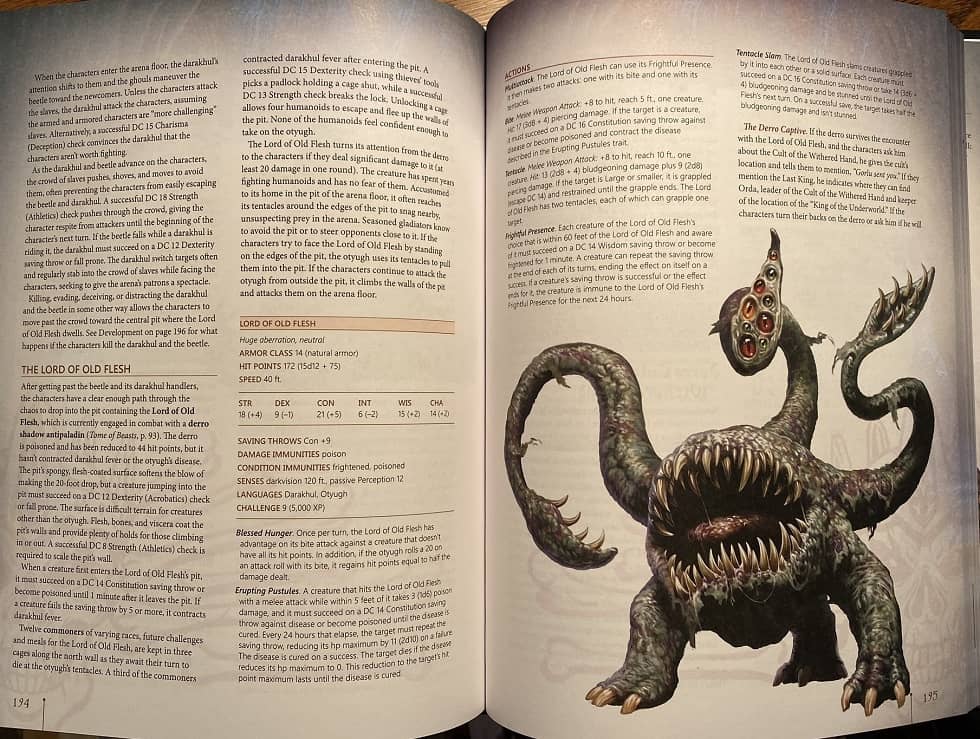 See all our recent coverage of the best new role playing games here.