Let me start by painting you all a picture. Everyone’s favorite Goth Chick comes to me (Black Gate photog Chris Z.) and says “Guess what…you get to write the article for Wizard World Chicago this year!”

Apparently even Goth Chicks need a vacation away from the world of Horror and Mischief at Black Gate magazine. Who knew? Anyway, I headed down to the Black Gate office complex by myself and made my way down to the Goth Chick bunker. Upon arriving, I noticed it’s a lot creepier then I remember. I called “Big Cheese” John O and he said, “Just don’t stare at anything with eyes.”

So this past weekend, Goth Chick News headed over to the 2019 edition of Wizard World Chicago. This year’s production included guests such as Jeff Goldblum (A Goth Chick Favorite), John “Vinnie Barbarino” Travolta, Zachary Levi (Shazam) and the flippin “Teenage Mutant Ninja Turtles”!

Also at the show were all the favorites that one would expect at a Wizard World event. There were aisles upon aisles of vendors selling comics, custom artwork, graphic tees, action figures, inaction figures (looking at you Jabba) and any type of pop culture paraphernalia you could ever want. Off the show floor were the panels, screenings, seminars, workshops and costume contests. 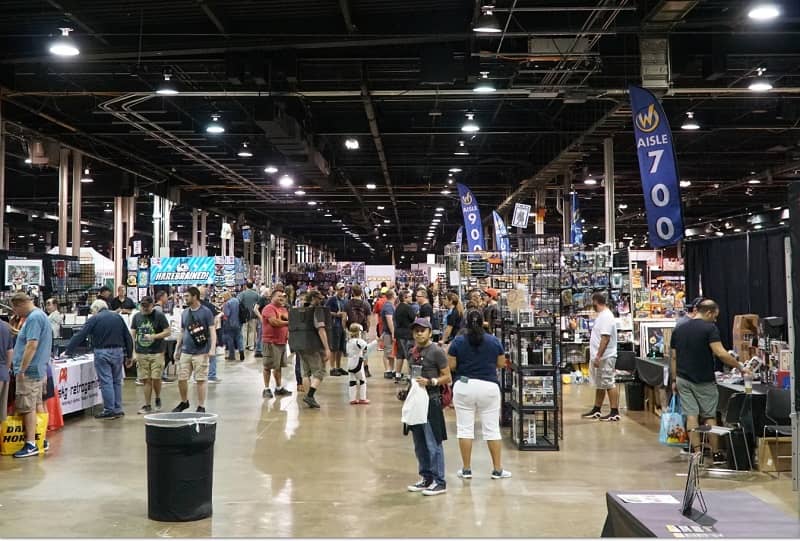 Speaking of costumes, there was no scarcity of cosplayers at this year’s show. Unlike previous years, there was more of mix of characters as opposed to the Harley Quinn takeover of 2016. Complexity ranged from screen accurate to “what’s in my closet today.” As always, there were even some, “Are they dressed like a character or is that how they normally dress?” No matter the type, everyone was having a great time. 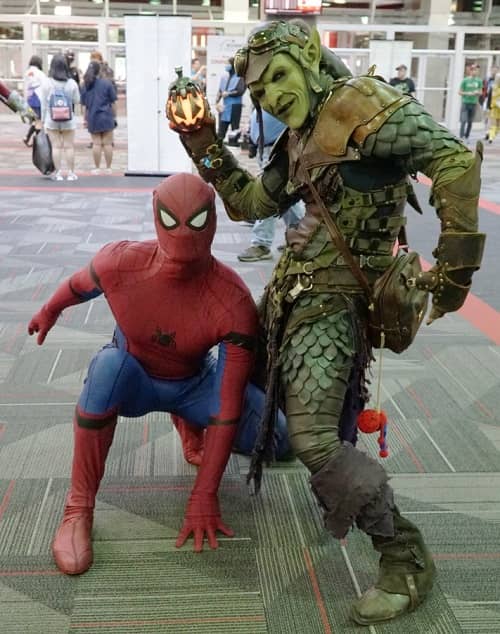 Here at Black Gate, I was told, “We Do Not Pick Favorites,” but after an hour in “Goth Chick Land,” the voices are telling me to “Pick some Favorites!” Who am I to argue? 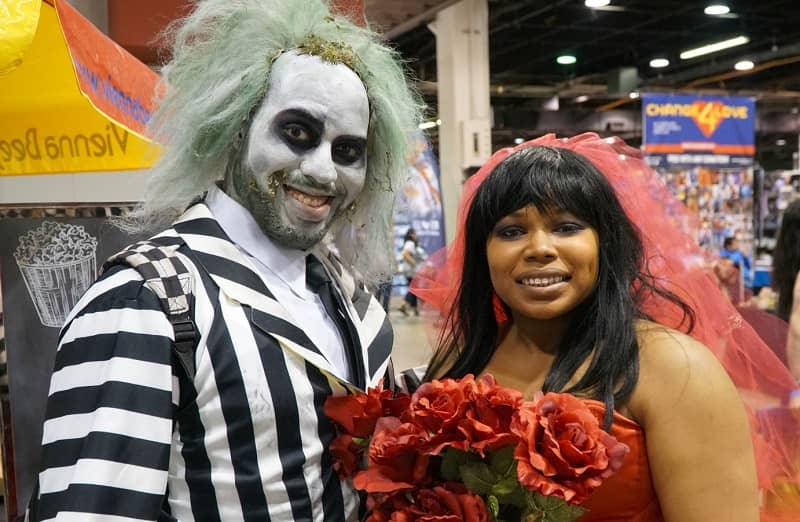 What a lovely couple! They were just to DIE for! 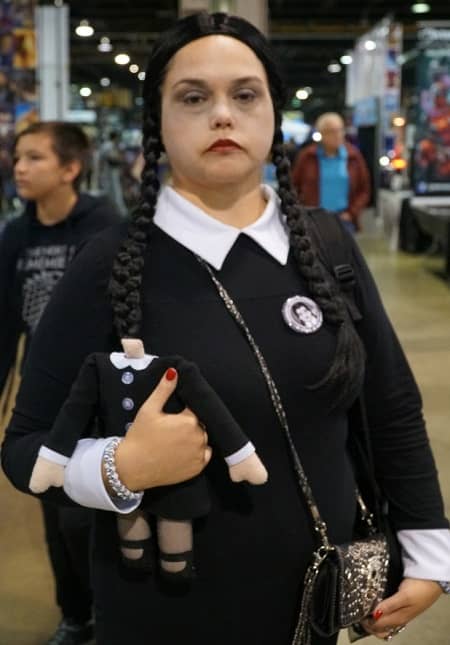 Oh, little Wednesday Adams. What a horrible pleasure it was to meet you! 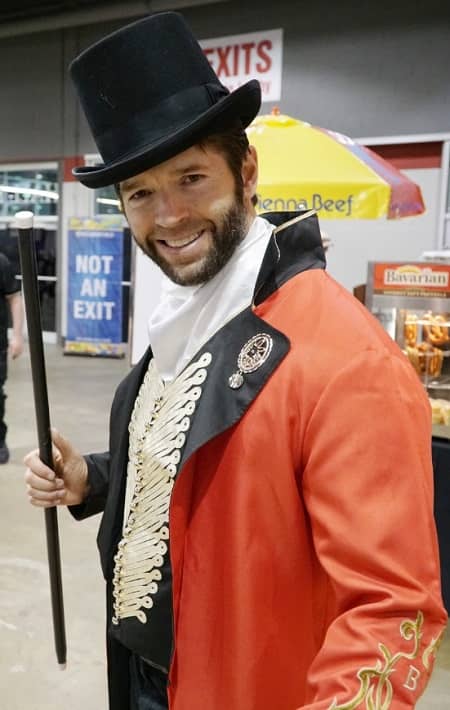 This one is for the Goth Chick.
(She just loves a man dressed up with a cane and whip.)

As I made my way up and down the never-ending aisles of vendors and artists, I kept asking myself, “WWGCD (What Would Goth Chick Do?)” So past the booths of happy and joyful souls I went in search of something darker and more foreboding. Here, in no particular order, is what I found.

Ray Wenck has written 13 novels (coincidence? I think not) that include the post-apocalyptic Random Survival series, the paranormal thriller Ghost of a Chance, and the mystery/suspense Danny Roth series. He has been everything from an elementary school teacher (35 years), restaurant owner/chef (25 years) and even a kitchen manager for the Toledo Mud Hens AAA baseball team. These days, Ray focuses on his writing and touring with his novels. 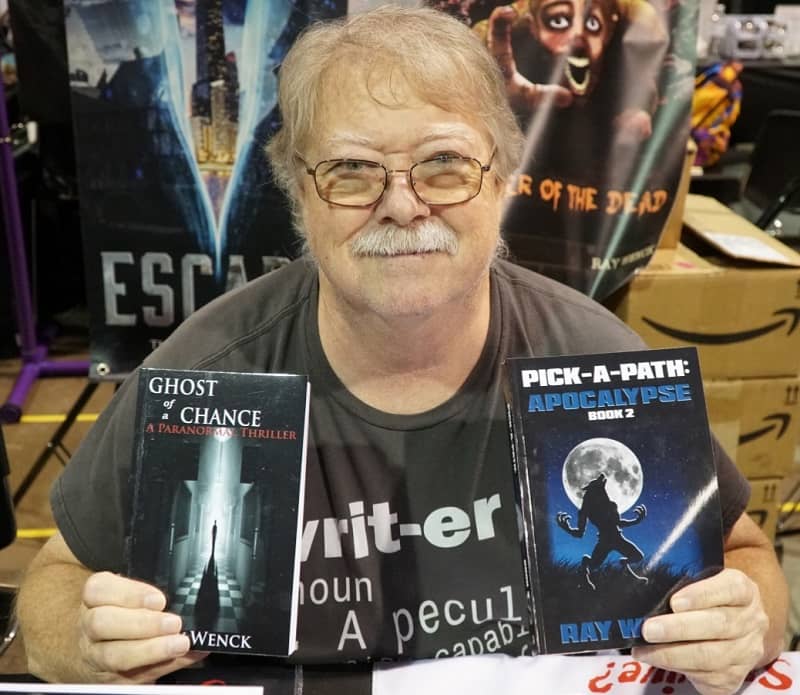 What caught our eye was Ray’s Pick-A-Path series of books. Imagine taking the Choose Your Own Adventure books of your youth and bring them into the adult genre. The first book in the series is Pick-A-Path: Apocalypse. The book drops you one year into an alien apocalypse at the doorsteps of a strange mansion. Now you not only have to deal with the aliens outside, but also the inhabitants of the mansion. 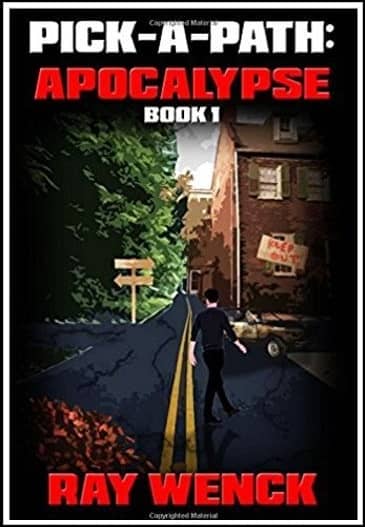 As Ray says, “What will you do?”
A) Face down aliens?
B) Enter the haunted mansion?
C) Lay down and die?
D) Read this book for answers.

Artist extraordinaire (and all around nice guy) Matt McIntyre here is a master of small scale painting. The majority of his collection at the show consisted of paintings not larger than 4” X 4”. His works vary from such hits as Stranger Things, The Nightmare Before Christmas to Beetlejuice and American Horror Story. 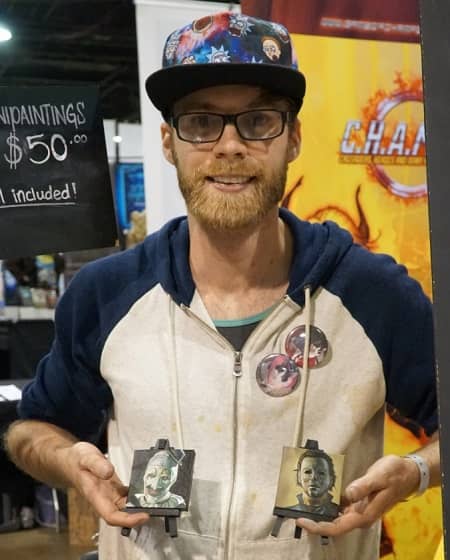 Here at the Black Gate offices, wall space is at a premium after collecting 20 years’ worth of show art, horror novels and what can only be described as things that were once alive. That makes these small scale paintings perfect desktop exhibits.

Be sure to check out his past works of art on Instagram at MWMArtStudios. Since Matt does most of his paintings as customs, he does not have a defined list for purchase. Instead, you can contact him at sablewinter@gmail.com and have your own work of art commissioned.

Speaking of dark, our next author is Jay Bower. Jay is a horror author based out of a small town in Southern Illinois. He just finished his third horror novel which he calls his “scariest one yet.” With a Masters in Early Medieval History, he spends his time “reading, writing and convincing his wife the dark stories do not involve her”. Sounds like great dinner conversation in that house. 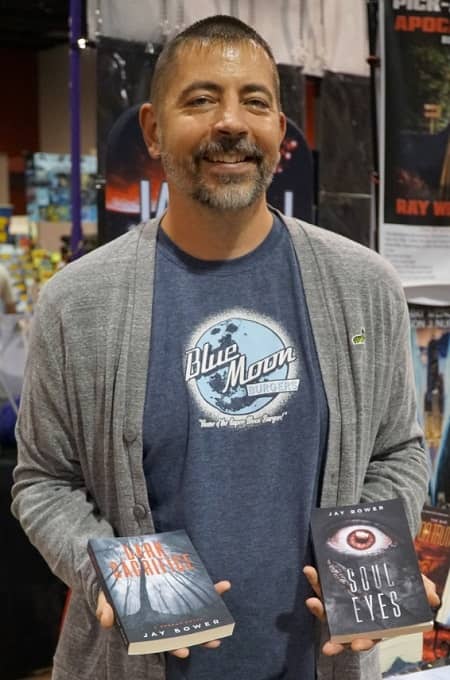 For this article, let’s start with Jay’s first novel The Dark Sacrifice.The book follows East St. Louis deputy Patrick O’Shea. When given the chance to transfer to his wife’s small hometown, he jumps at the chance. Unfortunately, shortly after arriving with his wife and son to this seemingly peaceful town his world is rocked by demonic forces. Is it real? Is it madness? Patrick will have to investigate to discover the town’s secrets. Hopefully before is means the sacrifice of his son.

All three of Jay’s books can be found on Amazon in either paperback, Kindle or audiobook. Be sure to check them out and be ready to sleep with the light on.

Illuminidol is a small business operated out of Austin, TX. Their product line consists of 8” prayer candles with the “satirical pastiche characteristic of Austin”. Each candle is emblazoned with the image of some of the best known Pop Culture celebrities. 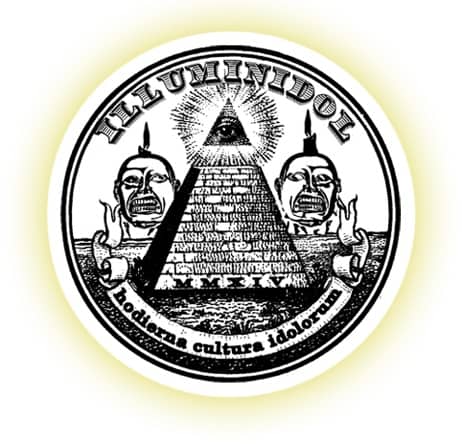 Need some divine intervention about making the right choice? Then maybe a Ruth Bader Ginsberg candle is for you. Need to get your groove back? How about a Saint Beyonce candle? Trapped in the Goth Chick bunker with things in jars staring at you?  Then you definitely need the Saint Frank N. Furter candle (on second thought maybe an open flame isn’t the best idea right now). Whichever you choose, not only will your soul feel lighter, but you can sleep better knowing that 10% of all orders go to a local charity. 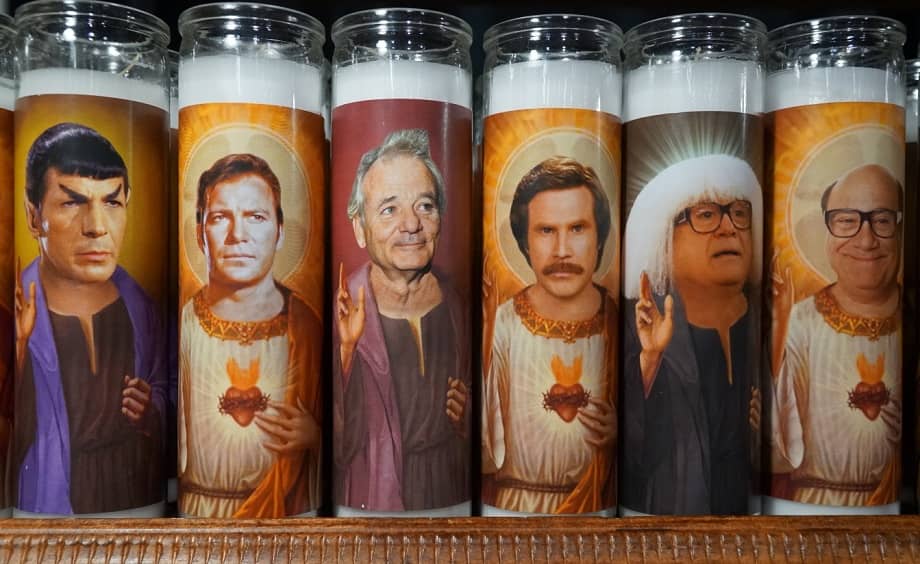 Can’t decide on any of the hundreds to choices or do you want to make it more personal? Illuminidol has you covered. There is the option of creating your own custom prayer candle. Just go to their website and upload any photo of your choosing. In just 1 to 3 weeks’ time you’ll have a beautiful gift. Nothing says “I Love You” like giving a loved one a small piece of yourself.

Well, I believe that covers it all. Let’s see;

And that’s a wrap!

Thanks to Black Gate and Goth Chick for letting me do this!

P.S. Be sure to comment below so I know that at one person read this (beside my wife).