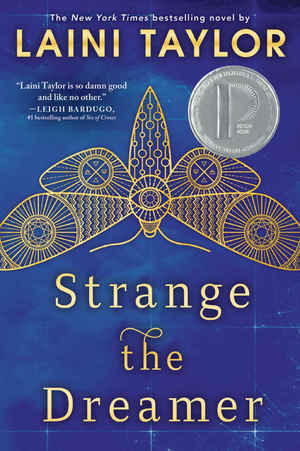 None of the other orphans at the monastery want to go anywhere near Brother Cyrus. Babbling nonsense, he grabs them by the wrists and holds them for hours.

But foundling Lazlo Strange volunteers to take the monk all his meals. That’s because, in the midst of his babble, Brother Cyrus tells stories. He speaks of an Unseen City, a magical place tiled in lapis lazuli where tame white stags pace the streets beside beautiful women with long black hair, and giant lizards float in the canals.

Strange is a dreamer, so these stories work on him like a baited hook. He yearns to visit the Unseen City, even though he knows he never can. Foreigners are caught at the front gate and executed. No one who tries to go ever returns. And two hundred years ago, even the caravans from the Unseen City stopped circulating, as though the civilization disappeared completely.

Once, while Lazlo is playing, some strange feat of magic strips the Unseen City’s true name from his mind. In its place is a new name:

Growing up and becoming a young man, Lazlo escapes the monastery to work at a library, where he can surround himself with stories all day. Even during his free time, he plunges into the tales, looking for clues about Weep. Painstakingly, he writes his findings down, filling volumes with his own accounts of life in the Unseen City. Over the course of seven years, he teaches himself their language, assembling sounds, words, and phrases from book-keeping receipts and other fragments.

In the course of his studies, he stumbles across the secret to turning lead into gold. But instead of taking credit for this discovery himself, he quietly passes the information to the queen’s godson, Thyon Nero, who runs an alchemical laboratory.

Rather than being thankful, however, Nero considers killing Lazlo to preserve the secret of alchemy, as well as to ensure his own continued fame as an alchemist.

Lazlo would never have begrudged Nero that acclaim. It seems obvious to him that the secret of alchemy belongs to Thyon’s story, since the queen’s favorite dedicates himself to the pursuit of gold. But when the first caravan from the Unseen City in two hundred years arrives in Lazlo’s town, he senses that events are happening in his own story at last. 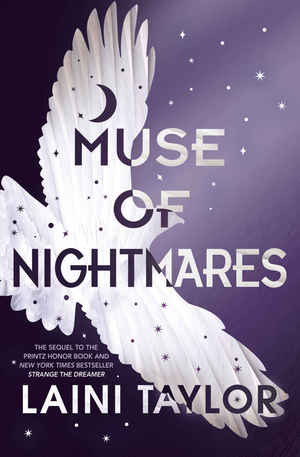 The foreign soldiers have come to recruit a select number of specialists to help them with an unnamed problem in Weep. Here’s Lazlo’s chance! Unlike any previous time, foreigners will be allowed in the Unseen City! But his boss considers him beneath notice and forbids him from even interviewing to join the expedition. Worse, Thyon requisitions Lazlo’s life’s work, using Strange’s own careful scholarship to impress the visitors and win a spot.

As the caravan assembles in the square to bid the town farewell and move out, Lazlo must do something. Otherwise, his story will leave without him.

National Book Award finalist Laini Taylor’s Strange the Dreamer (Little, Brown Books for Young Readers, 2017) is a Bible-sized (560 pages) epic fantasy, a bildungsroman in the style of Tamora Pierce’s Tempests and Slaughter, L. E. Modesitt’s The Magic of Recluce, or Jacquelyn Carey’s Kushiel’s Dart. While marketed as Young Adult, anyone should read it who would enjoy a tale of goddesses and mortals, godspawn and ghosts, fallen angels and berserker warriors, eagles and moths, stags and scorpions. Taylor’s literary prose is as enchanting as the setting and plot, and she specializes in characters who wield unique magical talents. Strange the Dreamer has been chosen as a Michael L. Printz honor book, as well as a “Best Book” by NPR, the Boston Globe, Popcrush, Popsugar, The Christian Science Monitor, and many more.

This is also the right moment to read this book, because the sequel, Muse of Nightmares, became available this fall. You will want to read both volumes in succession, since Strange the Dreamer dangles the reader from a cliffhanger of rare height. Muse of Nightmares (528 pages) continued Taylor’s bestselling tradition, spending two weeks on the New York Times’ bestseller list for YA Hardcover in October.