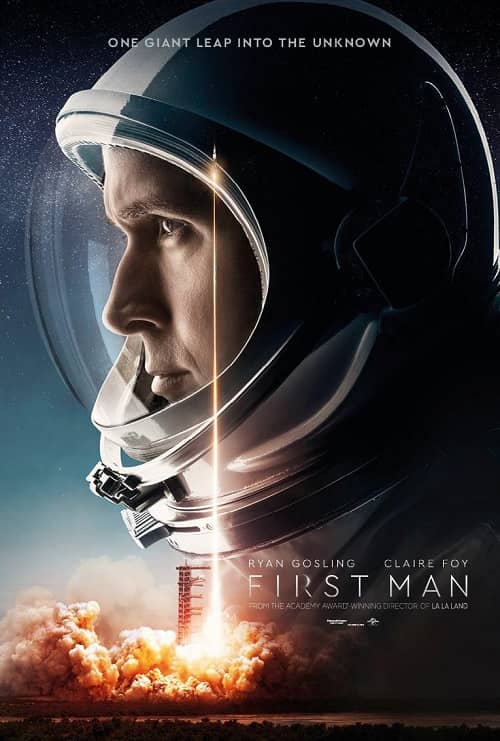 I am a child of the Space Age. Growing up in Southern California in the sixties as the son of an aerospace worker, the sound of sonic booms from planes flying from Air Force bases in the High Desert were as ubiquitous during my childhood as Beatles’ tunes. I played with Mattel’s Major Matt Mason space toys (go on eBay and prepare to be shocked and awed), I snacked on “space food sticks” (really nasty) and drank Tang (more fun if you shook up the jar, unscrewed the lid, and inhaled the fumes than it was as a beverage), and, along with millions of other people, on the evening of July 21, 1969, I sprawled (in my footie pajamas) in front of a cabinet television set that weighed more than some of today’s cars, and watched as Neil Armstrong took his first step on the Moon. So, being a child of the Space Age, it only follows that my favorite movies are tearjerkers… tearjerkers like The Right Stuff, Apollo 13, and the 1998 HBO miniseries From the Earth to the Moon.

In fact, there is nothing that gets my waterworks started faster than a scene from “1968”, the episode in From the Earth to the Moon that chronicles Apollo 8, the first manned mission to reach and orbit the Moon. When the moment comes when Frank Borman, Jim Lovell, and Bill Anders see what no human beings in the long history of our race had ever seen before — the Earth, still and bright and silent, rising over the surface of another world… well, I need a tissue right now, just thinking about it. 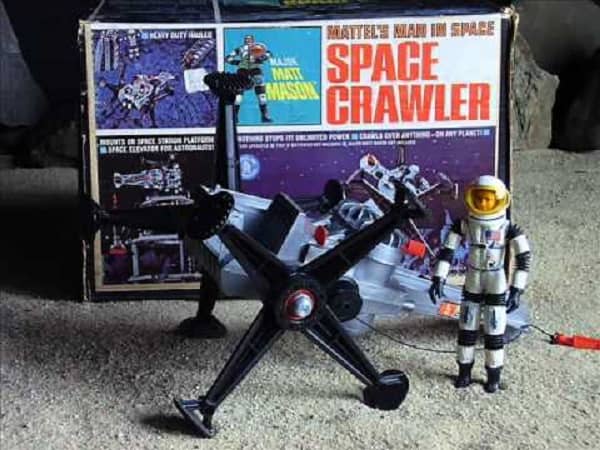 I don’t see many movies in theaters these days, but it goes without saying that I had to see First Man, the new film about Neil Armstrong and his historic voyage. Directed by Damien Chazelle and starring Ryan Gosling as Armstrong, First Man follows the first man on the Moon’s career from his days as a test pilot to just after his return to Earth after Apollo 11.

The movie includes all the things we’ve come to expect from films dealing with this kind of story — the suspense of the selection process, the ordeals of training, semi-comic press conferences, skeptical politicians just looking for an excuse to pull the plug, an often obtuse NASA bureaucracy, the pressure-cooker stresses endured by husbands and wives (as Armstrong’s wife Janet, Claire Foy gives the movie’s best performance), and plenty of thunderous lift-off, cramped cockpit, flashing trouble-light excitement. 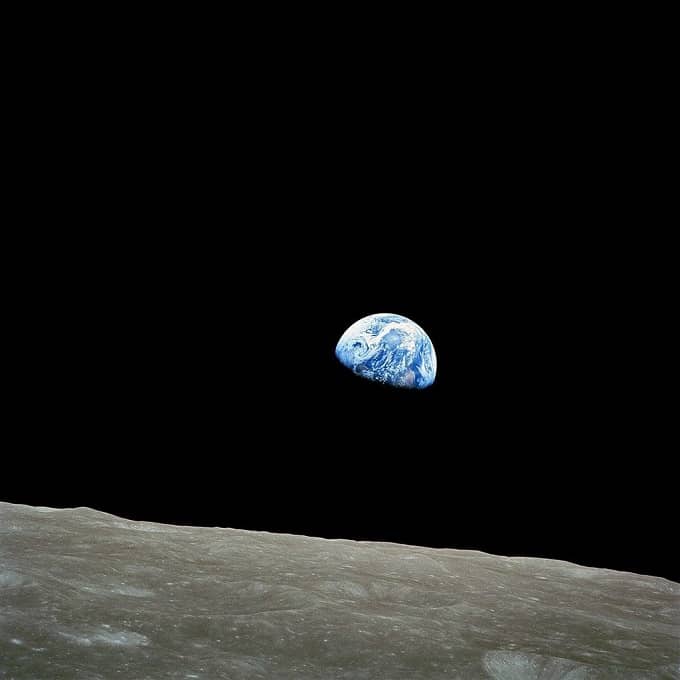 Indeed, First Man is the kind of movie where you’re constantly realizing that your growing discomfort is the result of the fact that you haven’t taken a breath for the past minute and a half. This is hardly surprising, as the film relentlessly puts you in the place of people who are suddenly faced with unprecedented problems and have thirty seconds to solve them or die. (And death is always present, as a possibility and as a reality; the scene showing the Apollo 1 disaster, when Gus Grissom, Ed White, and Roger Chaffee perished in a launching-pad fire, was very difficult to watch.)

For all of its familiarity, though, First Man is very different from the other films I mentioned. Where Apollo 13 stresses the teamwork behind the space program and The Right Stuff is buoyant with the boyish collegiality of the astronauts themselves, First Man is always emphasizing Neil Armstrong’s isolation and solitude. From the very start, when he closes in on himself as his daughter, Karen, is dying of a brain tumor, to a moment on the Moon, when he drops her bracelet into Little West crater and then lowers his visor to conceal his tear-stained face, to the film’s last shot, when Janet visits him in quarantine and the two can only look at each other in silence through impenetrable glass, it is this radical aloneness, rather than hardware or politics, that is at the heart of the movie. For a film that chronicles an historic, extraordinary success, the tone of First Man is very subdued, and though the pressure exerted by the Russian space program is always in the background, there’s not a trace of vulgar triumphalism in any of its 141 minutes. 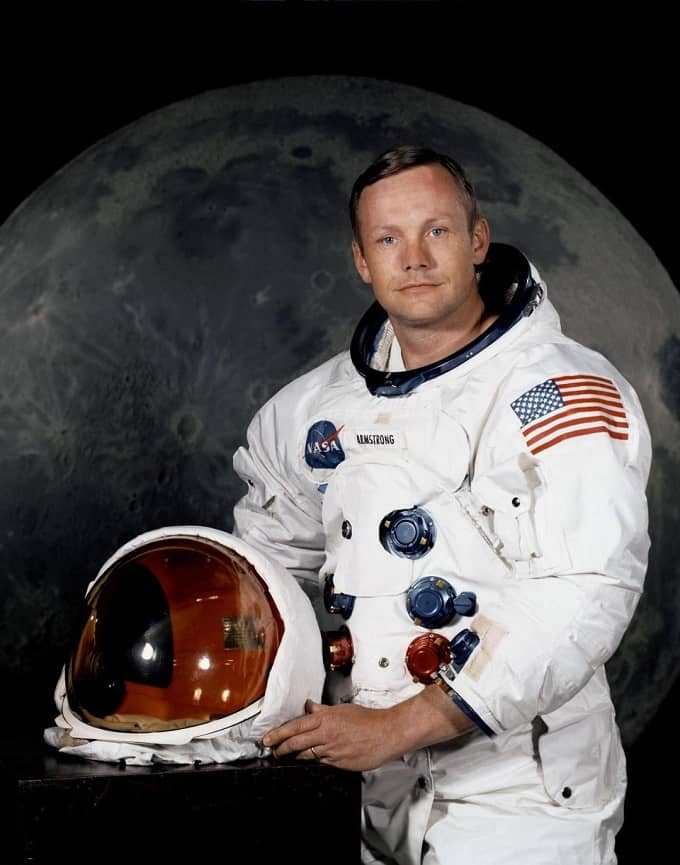 Technology may be sexy, but the distinction of First Man is that its focus is always squarely on Neil Armstrong himself, and on his extraordinary experience. Whether it gets him “right” is of course open to debate; Ryan Gosling’s close-held, inexpressive quality seems to suit the character as he’s presented here, a man of integrity and great determination but who is, like many of his generation, uncomfortable expressing himself in any but the flattest terms. Gosling’s Armstrong may feel things deeply, but he keeps those feelings deep. He is always striving for control, because that’s when he feels the safest; if fathers could just find a way to exert perfect control, then daughters wouldn’t die.

Whatever its virtues or defects as biography (and the end credits bear a statement that, while based on fact, the film is a fictionalization with many invented incidents) First Man provides a welcome occasion to reflect on the fascinating figure of Neil Armstrong. When he died six years ago, it was not just the passing of another “celebrity.” So many of the people we celebrate these days have no real accomplishments to their name beyond the continual seeking of fame itself, but Neil Armstrong was not like that. He was not a politician eager to trim and compromise in order to win a transient victory or an athlete whose “heroism” consists of bringing his team back from a sixteen point fourth quarter deficit or an American Idol contestant whose every move is cynically calculated and stage-managed. He was different. 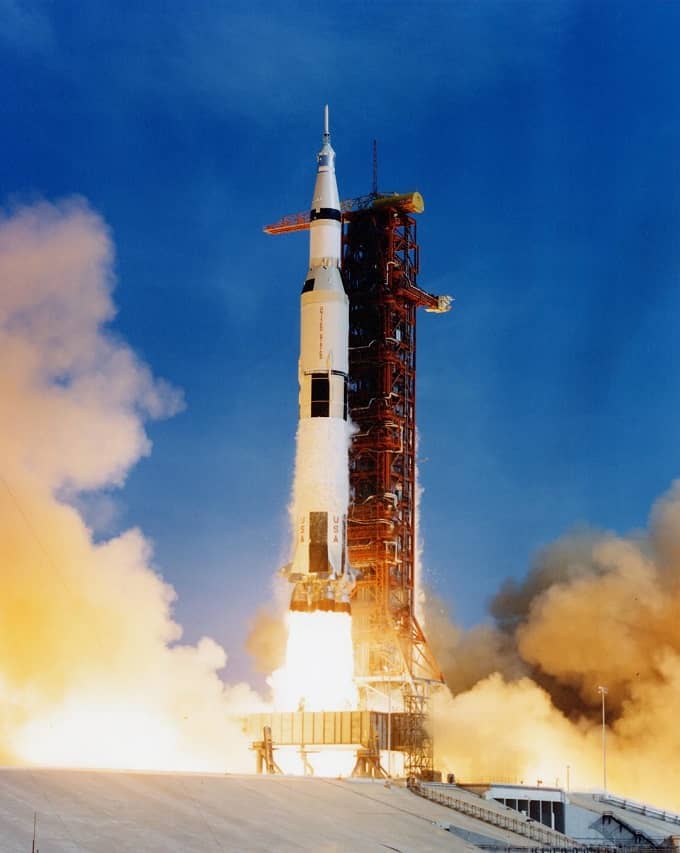 Neil Armstrong knew that real achievement — achievement on his scale — speaks with a voice that cannot be augmented. What he did will forever speak for itself, and it cannot be added to or qualified. Whoever he was to himself (and can any actor or biographer ever plumb that mystery, for Armstrong or for anyone else?), for the rest of us, he will always stand for the solitary human impulse to risk everything for an impossible goal, the impulse that throughout history has built everything we have that is worth building. He hearkened back to an earlier type of hero who turned away from publicity and self-promotion, and for over forty years Neil Armstrong relied on the dignity of silence and quietly lived with the loneliness of his immense and incommunicable experience. His death was not merely the loss of another once-famous person; it was like the death of Columbus or Balboa or Magellan. 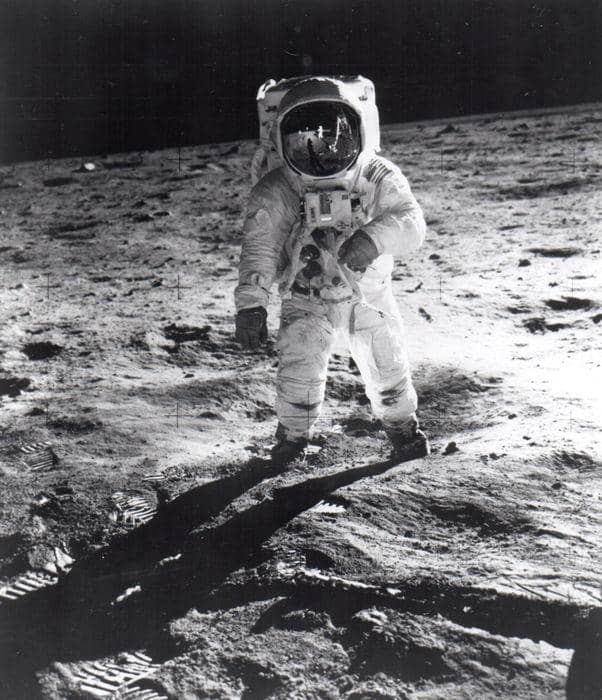 Plenty of people – worthy and unworthy – have movies made about them; it’s not surprising that the first human being to set foot on the Moon should join their number. First Man is a good (if somewhat subdued) film, one that honors both the man and the achievement, but that hardly matters, because even the best movies are eventually forgotten.

Fame is notoriously fickle, but Neil Armstrong’s monument will illuminate the night sky for as long as this world lasts. 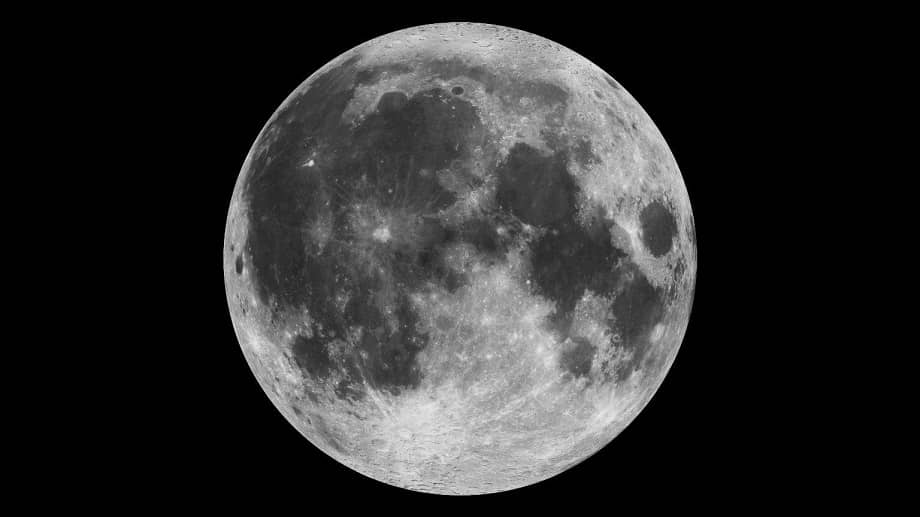 Thomas Parker is a native Southern Californian and a lifelong science fiction, fantasy, and mystery fan. When not corrupting the next generation as a fourth grade teacher, he collects Roger Corman movies, Silver Age comic books, Ace doubles, and despairing looks from his wife. His last article for us was a review of The Destroyer men’s adventure series.