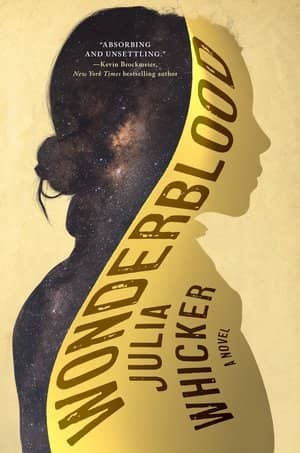 There have been a lot of intriguing fantasy debuts already in 2018, and to really stand out you need to do something different. Julia Whicker’s Wonderblood, set in a post-apocalyptic America where magic is openly practiced, sounds like it will fit the bill nicely.

Margot Livesey calls it “A stunning debut… Julia Whicker evokes an apocalyptic America where medicine is illegal, everyone is searching for portents and only a severed head can offer protection.” That’s plenty different, anyway. Wonderblood was published in hardcover last month by St. Martin’s Press.

Set 500 years in the future, a mad cow-like disease called “Bent Head” has killed off most of the U.S. population. Those remaining turn to magic and sacrifice to cleanse the Earth.

Wonderblood is Julia Whicker’s fascinating literary debut, set in a barren United States, an apocalyptic wasteland where warring factions compete for control of the land in strange and dangerous carnivals. A mad cow-like disease called “Bent Head” has killed off millions. Those who remain worship the ruins of NASA’s space shuttles, and Cape Canaveral is their Mecca. Medicine and science have been rejected in favor of magic, prophecy, and blood sacrifice.

When traveling marauders led by the bloodthirsty Mr. Capulatio invade her camp, a young girl named Aurora is taken captive as his bride and forced to join his band on their journey to Cape Canaveral. As war nears, she must decide if she is willing to become her captor’s queen. But then other queens emerge, some grotesque and others aggrieved, and not all are pleased with the girl’s ascent. Politics and survival are at the centre of this ravishing novel.