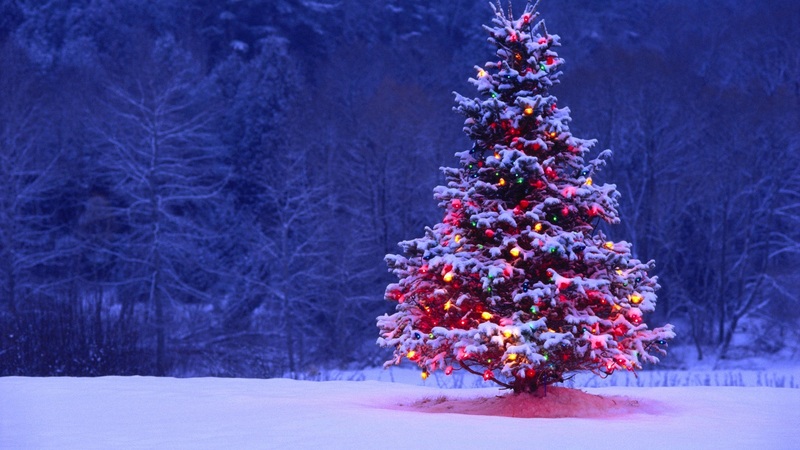 Christmas morning. It’s always hectic, no matter how carefully you prep for it.

I awoke this morning to the usual excited screams from my teenage kids, just before they dashed downstairs. After our traditional breakfast of Alice’s homemade Christmas quiche (onions, ham, red and green peppers, mixed with 4 eggs, an entire block of swiss cheese, and two cups of cream — yum!), the kids vanished into the basement to begin an 18-hour movie and video game binge session, Alice happily retired to her chair by the window with her new copy of The Girl on a Train, and I headed into the Black Gate office to grab the mail.

It’s strange, but I love the BG offices when they’re quiet. For most of they year they’re full of pre-deadline panic, the resigned hum of the coffee machine, and whatever strange sounds escape the screening room (where Matthew David Surridge was locked away for five months, tirelessly scribbling 85,000 words of Fantasia coverage… when that poor guy finally got out of there, his eyes were like saucers. I swear). But for now the lights are off… except for the mantelpiece, where the interns have strung colored lights all around our brand new Alfie and World Fantasy Awards.

As I picked up the mail, I did notice a few folks have snuck back into the office. The lights are on in Ryan Harvey’s office, where he’s probably putting the finishing touches on his next John Carpenter piece. It’s good to have Ryan back, and he’s certainly been making up for lost time. It looks like Rich Horton and Derek Kunsken have been by to pick up their mail… and unless I’m very much mistaken, that’s William Lengemen in the film archives, researching his next Dark House Double Feature.

The end of the year is always a time for reflection, and 2016 is certainly no exception. In July of 2014 Black Gate surpassed a million pages views in a single month for the first time, and we’ve never looked back. Two Hugo nominations later, our audience continues to grow by leaps and bounds. And the engine for that incredible growth has been you, our loyal readers. You’ve never been more supportive than you have in 2016 — with your comments, letters, and your continued interest in all our endeavors, large and small.

Thank you, from the bottom of our hearts. On behalf of the vast and unruly collective that is Black Gate, I would like to wish you all Merry Christmas and Happy Holidays. Continue being excellent — it’s what you’re good at.

Merry Christmas to all my BG brothers and sisters. I can’t wait to see what 2017 is going to bring!

Merry Christmas to all, and to all a good night!

(And the occasional jeweled throne to grind beneath your sandaled feet.)

John, a very happy Christmas to you and all the family, and the families, friends and minions who make Black Gate the wonderful thing it is.

Thank you, RK. And thanks for all your great comments over the years!

Merry belated Christmas! Thanks for all the hard work you do here at BG.

Many thanks for your fine contributions as well, James!

Thanks for the good wishes, John! I am very happy to be back.

You’re most welcome Ryan. Good to have you back among us again… and I am greatly enjoying your new series!

A belated Merry Christmas to the Black Gate crew. (Sorry, my son gave me Stellaris for Christmas, and then next thing I knew it was Tuesday morning, with snow to be cleared and work to be done.)

And to you, Jeff!

And I take it Stellaris is a fun as it sounds??

John, depends on what kind of fun it sounds like, I guess. At various times throughout the year my Steam wish list had either Stellaris or GalCiv III on it. I’m sure I’d enjoy both, but since I don’t have time to really delve into one of them, let alone both, I’m not yet sure my final choice for the wish list was the best one.

I can tell you Stellaris is very different from GalCiv II. Although you can run a huge empire, it won’t allow you to micromanage a 100 worlds. (Five is your limit–more than that and you have to hand some of them over to AI.)

After early game, I seem to spend a lot of time with this game running at top speed, waiting for one of several tasks to finish. At that point I pause, reassign, and run it some more. I suspect multiplayer is where this game really shines, but that’s right out for me.

I will say I love that there are three functionally different technologies for interstellar travel. Which one your species uses has a big impact on the game.

(Between me and you, that PBM game you played was probably more fun than either Stellaris or GalCiv III. Easier on time management too. 😉 )

That sounds like a blast, even with all of the problems. It’s been a while since I’ve been able to throw myself into a game like that. I’m a little envious.

My latest vice is a company called GOG (www.gog.com). They’re a Steam competitor… they sell games via digital download. Their niche is chiefly SF and fantasy games, and especially vintage role playing and RTS games.

The real allure is not just that they have all the games that I want to play again — including virtually all the old Gold Box games from SPI, and many of my old favorites, like Starflight and Dragon Wars — but that they also offer an easy emulator, so I can actually PLAY these old games on any machine I want. Heaven!!

They also have very regular sales, so these games are very cheap (a few bucks each). They offer nice bundles, too.

Lately I’ve been re-visiting the dungeons of Dragon Wars, a game I played obsessively all through grad school. The game is so old I doubt it would appeal to anyone under 45… but for those of us who spent hundreds of hours advancing through wire frame dungeons in the 90s, it’s a lot more fun than it sounds.

Yep. I got my functional copy of MOO from GOG.