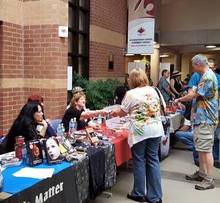 Last weekend I took part in the first ever Limestone Genre Expo in Kingston, Ontario (which is known as the Limestone City, hence the name). I had a wonderful time, reconnecting with old friends and making new ones. There’s nothing like an event like this to remind you how many people among your friends and acquaintance are people you’ve never actually met face-to-face.

As I said, this was the first year for this event, and Liz Strange, Barry King and their minions did an excellent job of organization. For one, the event lived up to its billing, in that it was a genre expo. Most of the time there were three tracks, with full panels on Fantasy, SF, Mystery, Horror and Romance, along with readings and workshops

I’ve run small conferences myself, and people always find it strange when I tell them that often the most popular individual events are the workshops. Yes, they are primarily attended by people at one stage or another of a writing career, but a small percentage of attendees are people who are curious about some of the nuts and bolts of writing, and who are looking for insights into literary analysis. There was a wide variety in subject matter from “First Page Critiques” where people came prepared to share their first 250 words with editor and author Caro Soles, to “Building Tension” with Matt Moore, to “How to Market and Sell Short Fiction” with Douglas Smith, a man who knows. Author and editor Nancy Kilpatrick’s workshop was titled “Novel Idea Pitch” in the program, but she herself describes it as “a workshop on brain storming.” I like her version better. 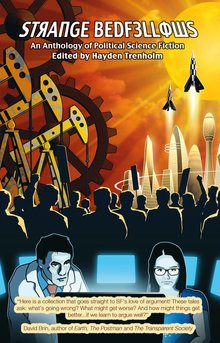 I had the great good luck to be on two panels, Fantasy, and Sexuality and Gender Roles in Modern Genre Fiction, both moderated by the wonderful Derek Newman-Stille, Aurora Award winning producer of the podcast, Speculating Canada.

The great thing about having a moderator as well-read and erudite as Derek is that you get asked insightful non-generic questions that actually stimulate discussion. There was a lot less “here’s what I did in my book” (though there’s nothing wrong with that) and a lot more, “wow, that was an interesting point and here’s what I have to say on that subject.”

Way more fun for the panelists, and judging from the response, for the audience as well. 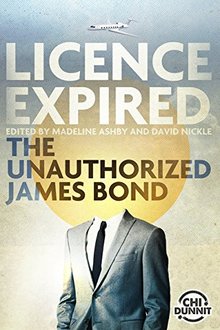 ChiZine Publications (their slogan is “Embrace the Odd”) is known for dark fiction, whether horror, SF, fantasy, or industrial thrillers. They are branching out with new imprints, ChiTeen (YA), ChiGraphic (graphic novels) and ChiDunnit (mysteries). For those of you who are fans, they are the publishers of the new James Bond anthology, License Expired: the Unauthorized James Bond, due out in November.

All in all, an excellent day. The organizers hope to expand to two days next year, and I’d love to see that happen.