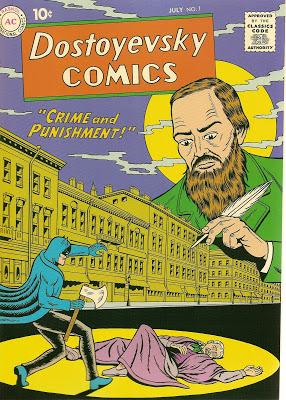 Like many people, I have mixed feelings about genres – those pesky labels we use to sift and sort writing into neat little silos, isolated and bubbling away in incestuous fermentation. Both as a reader and a writer, I’ve never seen the world that way.

In some ways, thinking about genre reminds me of the “Honk if Pluto is a planet” campaign. For some, it’s a major, emotive issue if Pluto is categorized as a “planet”, or a “dwarf planet”, or a “Kuiper Belt object”, or something else entirely. But, ultimately, the designation affects nothing outside the minds of men: Pluto continues in its long, elliptical orbit, completely oblivious to the impassioned squirmings of one subgroup of carbon-based lifeforms on the third planet; it’s still beautiful, cold, distant, mysterious, regardless of the “planetary genre” we decide, in our assumed omnipotence, to place it in. It ain’t gonna vanish if we all look the other way.

So, genre. Is it hard science-fiction? Is it cyberpunk? Is it space opera? Dystopian? Maybe it’s all four? Or more? It’s a truism, but every written work stands on its own merits. You can sell it at Borders, Barnes and Noble, or Walmart; you can call it dark fantasy, low fantasy, heroic fantasy, swords and sorcery: it’s still the same book, even if the observers and surroundings differ. Genre is something which shelf-stackers and catalogue creators love – it neatly segments the literary world into easy-to-digest packets, with no ambiguity, a black-and-white demarcation of the soul. Like people trying to get their five pieces of fruit a day, it seems to make sense – until people start fighting over what a “piece of fruit” really is. Oranges – whole or segmented? Melons? How big’s a slice?

Look at it from the other side for a moment. I recently toyed with submitting a story to a “hard sci-fi” anthology. I had a look at the submission requirements, and finally became afflicted with writer’s paralysis: at every turn, “hard sci-fi” was being defined in a way which I, personally, didn’t subscribe to. My hard sci-fi was different from the editor’s hard sci-fi… suddenly, the entire question of genre wavered, about to vanish up its own backside in a puff of logic and subjectivity. If individuals can’t agree on the definition of a genre, then what hope is there for the usefulness of genre? How can a writer write in a genre, in the knowledge that at any moment his definition of that genre might be declared heretical?

Of course, you can’t. Few people even try. A writer can try and write a story which loosely falls into a popular or broadly-defined genre, but from the first page he’s going to be putting his personal stamp on that genre – dragging the core definition this way or that, creating a variant. “Hey, it’s Joe Smith space opera, not Jane Doe space opera, right?”

So, is there a useful purpose to genre? Well, obviously, yes: it wouldn’t exist otherwise. Genre is short-hand, a useful flag or daub of colour to splash on a written work to identify the kinds of reader who might enjoy it. That’s the hub, the nexus of all the possible permutations of the concept of genre: no matter how esoteric or how sophisticated we may get in our discussions, it’s ultimately there to shout out to like-minded folks that here’s some good word food they might enjoy. Of course that helps the commercial folks, too: if you’re running a book store which caters for the sort of people who like furry aliens, light sabres, and weird Zen-like space mystics, then you’re going to want to know the yardage of books you’re buying in are going to appeal to those readers.

But that’s as far as it goes. Genre, in itself, suggests mutual interest, and nothing more. And, by extension, it’s impossible for one genre to be qualitatively “better” than another: that’s like saying planets are “better” than Kuiper Belt objects – pretty meaningless if you’re Pluto, who should always be judged on his own terms.

So – how do you handle the concept of “genre”? Does it help you work out what to read, or write? Or do you find it an active distraction in the eternal quest for quality reading? And, if anyone has ever read Dostoevsky’s Bobok, can they tell me what genre it is? 😉

Sarah Newton is the author of “Mindjammer“, a far future transhuman utopian-dystopian space opera science-fiction novel of ideas, with spaceships, explosions, and lots of planets (with apologies to Pluto).

As a life long avid reader, I love having genres/sub-genres. I can’t imagine how I’d find the books I like to read without them. I spent way more time already surfing the net -like now, when i should be working- just shopping -not necessarily buying- for books in the genres I love. If those catagories weren’t there, I would be so overwhelmed by the endless number of titles I think I would just give-up. How would one even begin to find what they like without genres?
I also like just being a fanboy of certain genres.

Genre’s are a good thing when it comes to deciding what to read next because it helps me determine what i’m in the mood for.

I think sometimes people can get too specific with certain genre definitions.

I think that genre is important in not only helping us recognize things that we would like to read but also in recognizing each other as fans of same. Outside of genre, there is no fandom. There are no conventions or conferences of fans or amateurs. Mainstream literary conventions like the American Literature Association annual conference are purely professional affairs. So, I believe that if we take away genre (“Tear down the walls!”), we take away fandom (“Oops, the roof just fell in!”).

I LOVE that illustration! IMO – Genre can be limiting if taken as a hard and fast rule.

In a way its good because it helps find a niche for writers and readers – some people might like Heroic fantasy but if the bookstore has nothing but an A-Z list the hordes of Sheeple buying “Country Soup for the Neurotic Worker Slave soul” start complaining about instead of more feely good stuff they get this crazed guy named Conan who runs around cutting other people up with a sword… Heh, imagine more literature and self help books with fantasy/scifi covers…? Be as hilarious as the “Ring” commercial on YouTube that makes it look like a Chick Flick. “Biff! I hate how you like all those horror movies! You just want me to scream and hug you!” – “eyyy baby – check out the trailer for this movie, if you don’t want to watch it you don’t have to!”

But taken as a hard rule it can be limiting. For the longest time things were either “Tragedy or Comedy”. In more recent times there was the issue of “Scifi/Fantasy” where essentially a fantasy story would be written in a sci-fi background. How many niches and sub-sub-sub niches do we need?

Something that breaks the genre can be profound, but usually isn’t that successful and thus too many levels of genre can become constricting. And breaking the genre it can become controversial. I’m remembering about the “Naked Lunch” thing – where doubtless the bans placed on it were people who only read the title – but then when Ginsberg brought them to court and they’d expected “Under the counter trash” with no literary value but actually READ it…and found out mister “Lee” was as brilliant as degenerate. “Good Lord! Choke! – If I could un-ban Sex Jungle and 1000 other books to only ban THIS one! I’d even let Sade’s works be allowed to be sold…”

Very interesting. I also get perplexed sometimes. Perhaps it’s a human condition – the need to sort and categorise. But agree on the commercial aspect. One only has to read the letters page of any Black Gate to see how genre may drive buying behaviour. The Leather Doll debate comes to mind. Personally I loved the story. Did it fit the “family based” requirement, well depends on where you come from and your own interpretation of what kids should or should not access, how you prepare them for the world etc.

From my side, as a want to be author it’s difficult. Here is a practical example. I chose to write my stories about an orc protagonist a kind of anti hero. The concept dawned on me circa 1989, so by no means copying Stan Nicholls and I only encountered Mary Gentle and Grunts! Around 1994. My own experience of fantasy was rudimentary so I thought my idea of an anti hero was unique and cool. Anyhow waffle aside, here is the issue:

I was intrigued by the post on BG blog re a competition at Grimdark Magazine. So I checked it out. Turns out I don’t qualify as not published, but looking at their guidelines, they want gritty “grindark” articles. My stories are gritty and somewhat violent. I thought they fitted S&S genre but the Sorcery element is low to none. So are they gritty? Reading Glen Cooks black company which I consider gritty S&S do they fit the bill. Am I wasting my and the editors time submitting a story that doesn’t fit? Confusing….

Note I only mention Grimdark by way of example as recent BG post plus I read the guidelines yesterday so fresh in mind.