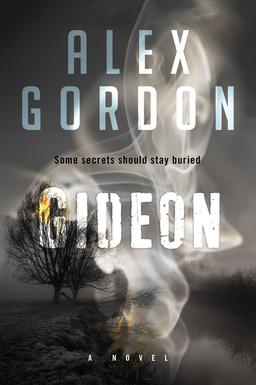 There’s nothing quite like a fine debut. And Gideon, the first novel from Midwest author Alex Gordon, looks like a fine blend of mystery, urban fantasy, horror, romance, and the supernatural. It’s out now in trade paperback from Harper Voyager.

When Lauren’s father dies, she makes a shocking discovery. The man she knew as John Reardon was once a completely different person, with a different name. Now, she’s determined to find out who he really was, even though her only clues are an old photograph, some letters, and the name of a town — Gideon.

But someone — or something — doesn’t want her to discover the truth. A strange man is stalking her, appearing everywhere she turns, and those who try to help her end up dead. Neither a shadowy enemy nor her own fear are going to prevent her from solving the mystery of her father — and unlocking the secrets of her own life.

Making her way to Gideon, Lauren finds herself more confused than ever. Nothing in this small Midwestern town is what it seems, including time itself. Residents start going missing, and Lauren is threatened by almost every townsperson she encounters. Two hundred years ago, a witch was burned at the stake, but in Gideon, the past feels all too chillingly present…