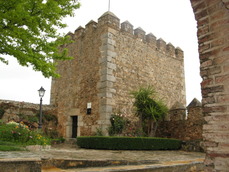 There’s something about the history – and the legends – of the Templar Knights that catches at the imaginations of historical and fantasy writers alike. In The Faerie Queene, Edmund Spenser had his Red Cross Knight, Michael Jecks, write the Knights Templar Books, a mystery series, and, just to give one example from our genre, there’s the fantasy anthology, Tales of the Knights Templar.

The history of the Knights of the Temple of Jerusalem begins around 1119, when nine Christian knights, settled in the Holy Land after the first Crusade, took vows of chastity, poverty, and obedience, like any other monks. But unlike ordinary monks, they also vowed to protect the pilgrims who now flocked to visit the area.

Their approach was a popular one, their numbers started growing, and the group received official recognition and papal approval around 1129. Like other official religious orders – the Benedictines, the Dominicans – the Templars started receiving donations of money and land. One of the early kings of Aragon, for example, part of modern day Spain, left the Templars almost one third of his kingdom.

But remember, the Templars weren’t ordinary monks, they were an army. A disciplined army the like of which, some said, hadn’t been seen in the West since the fall of Rome. As time passed, they became richer – rich enough to set up a banking system – and politically powerful.

But maybe not powerful enough. In 1307, Philip IV of France, greatly in debt to the Templars and with a tame pope in his pocket, had them accused of heresy and arrested, tortured, and condemned. In 1314, the 70-year old leader of the order, Jacques de Molay, along with other imprisoned knights, was burnt at the stake in Paris. 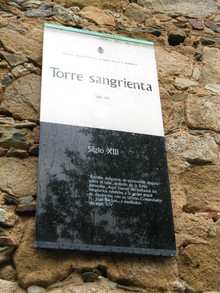 Philip didn’t get everything he wanted, however. When he called for other Christian kings to arrest the Templars, Edward I in England and James II of Aragon in Spain refused.

Both kings claimed not to believe the accusations of heresy, but James had another, more practical reason for acting as he did. With the fall of Acre in 1291, Christian presence in the Holy Land was effectively over and the Templars and other religious military orders were fighting for Christendom in other arenas, notably against the Moors in what would become Spain and Portugal. The fight against the Moors was granted the status of a Crusade, and in arresting the Templars, James would have lost a sizable portion of his army of reconquest.

Part of the lands owned by the Spanish Templars was the town of Jerez de los Caballeros (“Knights Field”) in central Spain, close to the western border with Portugal. It’s here that the final act of the Knights played out. James of Aragon may have refused to arrest the Templars, but when Pope Clement dissolved the order, there was little more he could do for them. Rather than have their wealth and holdings transferred to the Knights Hospitaller, however, James was permitted to create the Order of Montessa, and most of the Templars became part of that order.

Most, but not all. There were some knights who saw obedience as an admission of guilt and refused to disband or join another order. They preferred, like their leader Jacques de Molay, to insist on their innocence, and . . . well, let me translate from the plaque attached to a small tower in the remnants of their castle:

Here, along with their leader, Friar Juan Bechau, the Templars who rebelled against the order of the Pope to disband, were beheaded.

The site, by the way, is called Torre Sangrienta, the Bloody Tower. 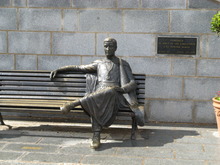 The Templar presence is still very much felt in Jerez de los Caballeros and it’s not at all unusual to see one – one way or another.