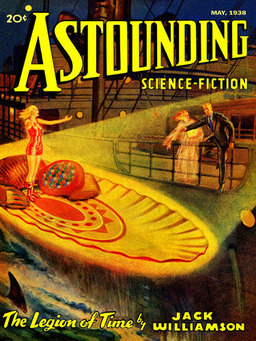 The Hugos have become science fiction’s more recognizable award, ever since they were first presented in 1953 at the 11th World Science Fiction Convention in Philadelphia. In the decades since though, there’s been plenty of speculation in fan circles about classic SF published before 1953.

“Oh, Jack Vance’s The Dying Earth would have win the Hugo Award hands down back in 1951.”
“Are you kidding? The Lion, the Witch and the Wardrobe was published that same year — it would have been the easy victor.”
“You’re both crazy. The most popular SF release in 1951  was E.E. “Doc” Smith’s First Lensman, no question.”
“Wait a minute — what about Asimov’s Pebble in the Sky? It came out that same year!”

Loncon 3 has announced that it will present Retro Hugos this year, for work first published 75 years ago. Here’s part of the introduction to the award from the Loncon 3 Hugo Award Administrator:

1939 was an auspicious year among science fiction enthusiasts. On  2 July roughly 200 of them got together in New York City to hold the World  Science Fiction Convention… As host of the 2014 Worldcon, Loncon 3 will be hosting the Hugo Awards for the best work in 2013. As Loncon 3 marks  the 75th anniversary of that first convention in 1939, we will also be hosting  a Retrospective Hugo Award process for the best work of 1938.

These awards will celebrate the  science fiction that attendees would have known at the time of the very first  Worldcon, held in New York 75 years before Loncon 3. You  may have a concern that you’re not fully aware of the eligible works for 1938, and  Loncon 3 wants  to make sure that nominators have access to relevant information across the  categories. At the 2013 Worldcon we therefore published a booklet containing articles intended to provide a sample of the eligible people and works for the year. A version of that initial booklet, with longer versions of some articles than we were able to include in the printed publication, is available for download here.

Here is the complete ballot for the 1939 Retro Hugo Awards. 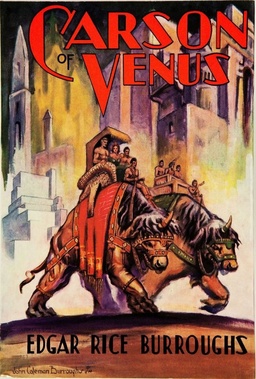 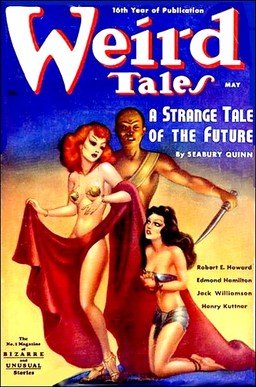 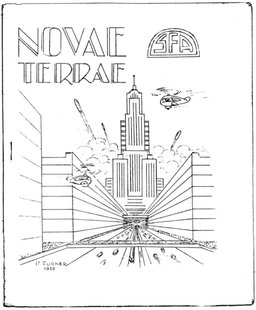 I’d love to see Lewis’s Out of the Silent Planet get the award for best novel. His Malacandra was one of the best-imagined planets anybody’d written so far. A superb, literate novel. See Jorge Luis Borges’ comment on his youthful memory of it, in the Autobiographical Essay included with The Aleph and Other Stories, 1933-1969.

Now, there’s a ballot to cross-reference with the inventory at Starfarer’s Despatch.

[…] in April, we told you about the nominees for the 1939 Retro Hugo Awards, for the best science fiction and fantasy first published 75 years […]