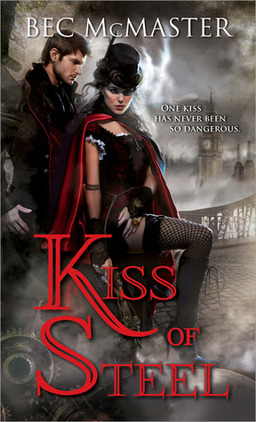 I’m serious (especially about the fishnet stockings). I’m a sucker for a good romance. I think most readers are, regardless of gender, but a lot of male readers are suspicious of anything packaged as paranormal romance or romantic SF. I think it stems not from any true dislike of romance, but more a mistrust of the trappings of the genre. A lot of fantasy readers avoid anything packaged as romance because they’re unfamiliar with it, assume most of it is poor quality, and can’t be bothered to take the time to learn differently.

Fools. The finest novels in the English language are romances. If I were stranded on a desert island with a single book, I’d to be plenty annoyed if it weren’t a waterproof copy of Jane Austen’s Pride and Prejudice (although I could make do with Emma in a pinch.)

Science fiction, epic fantasy, sword & sorcery… these speak to the nobler aspects of our nature, our need to explore and seek new experiences. But great romance strikes at the very core of the human spirit, our desire to truly connect. And especially to connect with someone who looks really great in fishnet stockings.

Which is why tonight I’ll be curling up with Bec McMaster’s debut novel Kiss of Steel, in which vampires, werewolves, and clockwork creatures roam the mist–shrouded streets of London…

Most people avoid the dreaded Whitechapel district. For Honoria Todd, it’s the last safe haven. But at what price?

Blade is known as the master of the rookeries — no one dares cross him. It’s been said he faced down the Echelon’s army single-handedly, that ever since being infected by the blood-craving he’s been quicker, stronger, and almost immortal. When Honoria shows up at his door, his tenuous control comes close to snapping. She’s so… innocent. He doesn’t see her backbone of steel — or that she could be the very salvation he’s been seeking.

Kiss of Steel was published by Sourcebooks Casablanca on September 1, 2012. It is 439 pages, priced at $6.99 for both the digital and print versions. The sequel Heart of Iron, book 2 in what’s now being called The London Steampunk series, was released on May 7th. Learn more at Bec McMaster’s website.