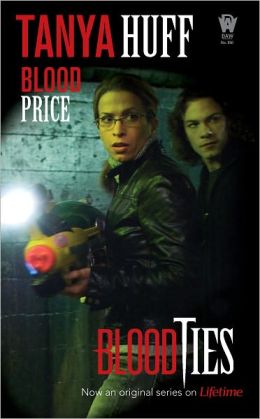 Last week I was talking about dual heroes, when is a pair a true pairing, and when a hero/sidekick combo? I mentioned Fafhrd and the Grey Mouser, for me the original hero pair, and some of their literary descendants. But I left it until this week to talk about a much more recent phenomenon, the female/male hero pair.

Now, just to be clear, I don’t mean a book with a male protagonist, and his female companion – until recently known as a “regular book.” Nor do I mean a book with a female protagonist and a male second lead – until recently known as a “romance novel.” What I mean is the same kind of dual hero I talked about before, where both main characters are equally important to the story, but where one happens to be a woman, and one happens to be a man.

Having established the usefulness of a pair of protagonists (each brings a unique perspective and different skills to the problem-solving; the presence of a “friend” establishes the emotional accessibility of both characters; the chance to reveal character through conversation [thanks to Alex Bledsoe for some of these ideas], and, especially, the usefulness of a country/city pair) does having a female/male pair do anything in particular for us?

Well, okay, yes. Sex, of course. Romance, I suppose. Relationships, for sure. The romantic sub-plot has long been a trope in fiction in general, and using this type of heroic pair can bring that plot into greater prominence. Whether the relationships have to be romantic or sexual I’ll get to a bit later. My point here is that when you have a female/male hero pair, in addition to all the social, ethnic, political, religious, philosophical, and educational diversity that any pair of characters will allow you to illustrate, you also have a gender difference. You have a dichotomy that exists in every human culture there has ever been.

Country/city? Hey, both your female and your male characters could be from the city – even the same city, even the same social class in that city – and you’d still have two distinct points of view – two unique perspectives, and likely two different sets of skills to bring to bear on the problem at hand. The possibilities for world-building alone can stagger you. 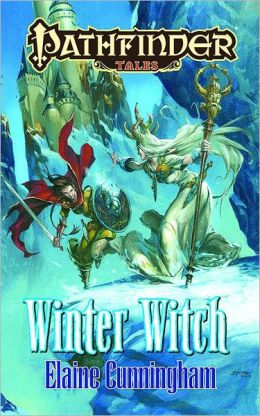 Of course, you can complicate those perspectives in other ways. In Tanya Huff’s Blood Books, Vicki Nelson and Henry Fitzroy fulfill the country/city trope in a new way: one is the street-wise ex-cop, the other the sophisticated 400 year-old aristocrat. Vicki and Henry become partners in the detective business – she suffers from night-blindness, he’s, well, a vampire, so it was a natural fit.

They complement each other in other ways as well: Her police experience and natural talent as an investigator, his long understanding of human nature, and the hierarchy of power. Oh yeah, they also have sex.

Aside: With the introduction of the vampire as hero, we not only get all the extra sex, but we also get the vampire/human heroic duo. I’ll just add this thought to the tons of material that has already been written on that: When one of the pair has been around for centuries, the other, no matter how urbane, sophisticated and street smart, becomes the barbarian.

Elaine Cunningham, in Winter Witch gives us a twist that maybe only a woman could get away with: the female barbarian. It’s possible that male writers feel uncomfortable making their female characters tough, ornery, untrustworthy, and mean. This isn’t a problem female writers are likely to have.

Here, Ellasif and Declan start out as adversaries – not an unusual circumstance, no matter what the gender of the pair – but with surprisingly similar goals. However their circumstances, indeed their worlds, are not what they think they are, and both end by doing what every heroic pair do: They turn to stand back-to-back.

Now a feminist aside: Men have been writing female characters for centuries, and no one ever questioned their ability to do so, so it amuses me when people question women’s ability to write male characters. However, until the day arrives when any writer, regardless of gender, can feel comfortable presenting any kind of character, regardless of gender, we won’t have real gender equality.

In my own Dhulyn and Parno books, I have an established female/male pairing, so I avoided the how-they-met story (though I do know how). In my case, the female (Dhulyn Wolfshead) is also the barbarian – though she’s much more well-read than her nobly-born mercenary partner, Parno Lionsmane. I also made her the senior partner, to add extra weight to her character. 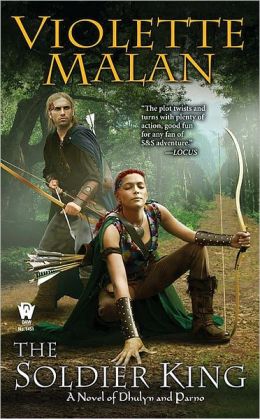 When I came up with the idea, I wanted to write my own version of Fafhrd and the Grey Mouser (even to having to explain how to pronounce Dhulyn). Since I’m female, that meant at least one female protagonist. And since I’m one half of a life-bonded female/male pair, that aspect of it felt right to me as well.

But I wanted to try something I don’t think I’ve seen anywhere else. I wanted to see if I could write a female/male pair with no sexual tension. Not because Dhulyn and Parno aren’t having sex (they are), but because they’re not romantically involved. They’re life-bonded, according to the rules of the Mercenary Brotherhood, so neither of them is going anywhere, but they’re not married to each other. And while they do love each other, they’re not IN love.

What I found was something interesting: Removing that sexual/romantic conflict (Will they? Won’t they? Do they? Don’t they?) is incredibly liberating. It leaves considerably more plot room to deal with other conflicts and problems, and considerably more character room to deal with who they are, and what they can learn about the world and themselves.

It also means I can’t be lazy and have them do silly things out of jealousy, misunderstandings, or mistrust. I have to come up with other reasons for them to do silly things. It’s harder than you might think.

By the way, just to be clear, there absolutely is nothing more important or more powerful than true love. Ask anyone. They’ll tell you.

Another interesting thing: Some people get upset when your life-bonded characters have sex – to say nothing of children – with someone else. Even after you’ve made it plain that they don’t have an exclusive, romantic relationship. Apparently it’s one thing to “tell” this, quite another to “show” it.

Now, that’s something I don’t think would have happened with readers of Fafhrd and the Grey Mouser.

Who else am I forgetting?

Joe: I’d forgotten Del and Tiger myself — a bit embarrassing considering we’re with the same publisher. I’m sure I’ve forgotten others, and I know there are some I’m not even aware of, more’s the pity. Let’s see what others have to say.

“By the way, just to be clear, there absolutely is nothing more important or more powerful than true love. Ask anyone. They’ll tell you.”

‘Anyone’ is usually wrong, unfortunately. Depending on context, upbringing and culture, family faith, fatherland, fuck buddies or saving the world might be very much more important to someone, to name a few.

If used to good effect in a story, it could be way more interesting then “True Love”.

Oliver: my use of the word “anyone” is an example of hyperbole, that is, exaggeration to create a specific effect. I could have just said it was my own, personal, opinion, but that wouldn’t have had anywhere near the same effect. You probably wouldn’t have troubled to comment, for example.
Just the same, none of the things you mention are necessarily exclusive of true love.

Black Gate » Blog Archive » What is SHE Doing Here?

[…] I was saying last week, there are a lot more female writers of Fantasy and SF now, with a correspondingly higher incidence […]