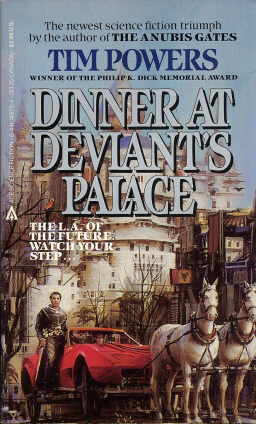 Like many authors, I teach writing to help make ends meet. Teaching part-time at a college and an arts high school doesn’t exactly make you rich, but I for one find it very satisfying. One of the obvious perks for me is getting to teach alongside steampunk progenitors Tim Powers and James P. Blaylock, both of whom are fascinating, brilliant men.

The other perk — the less obvious one — is the students themselves.

On one hand, I often find myself wringing my hands like an old fuddy-duddy about how this youthful generation is enslaved by technology. I’ve had two college students this year write about how they were “catfished,” for example, and it’s hard to understand a generation that has made the act of duping someone into having a phony online relationship so commonplace.

And then there’s their obsession with smart phones, providing a constant distraction in the classroom and leading students to shamble mindlessly down the hallways between classes with their phones in their faces, heedless of who or what they bump into. The zombie apocalypse is here already, I tell you!

On the other hand, I’m constantly inspired by my students, both by their creativity and their exuberance for crossing genres and mediums. And really, it all stems from the ubiquity of technology in their lives. Yes, even those damned smart phones.

At the behest of a handful of my high school students this year, I taught a class called Writing for Alternative Mediums (WAM), meaning writing for video games, phone apps, web comics, and whatever else the kids could dream up.

Like any savvy teacher who has no expertise or experience on a given topic, I “taught” the course as a seminar, meaning the students were forced to perform their own self-guided research, develop a project, and then present their work to the class.

The big winner ended up being me. 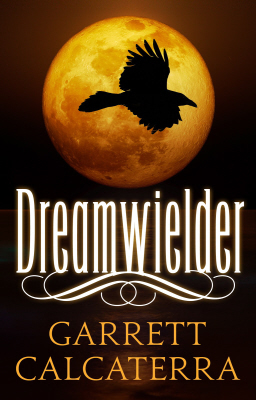 It was simply amazing to see how seamlessly the students integrated a bevy of writing styles and techniques into their projects. The video games some of the students conceptualized were epic role-playing narratives with enough back-story, plot, and world building to make Tolkien envious.

I happily jumped in when I could to offer pointers on plot, characterization, dialogue, and such, but what I discovered is that I rationalized the process in a completely different manner than my students. Whereas I categorized the different writing aspects and compared them to traditional forms of writing (“Okay, this part of the game is like a screenplay, this part like a novel, this part like a flow chart…”), the students thought of their project as an organic whole and moved seamlessly from one writing style to the next with little or no thought about what they were doing.

I honestly believe by having grown up in a world of constant techno-stimulation, these young writers are better able to multi-task and integrate all forms of media into a unified stream of entertainment — part literature, part cinema, part YouTube voyeurism, part old school role playing game, and a healthy dose of unabashed geekiness.

Educators and writers always bemoan how the new generation of kids has a short attention span, but I don’t think that’s the case at all. True, the movies and literature of even the past decade are too slow for them, but it’s because they’re used to a higher level of sensory interaction and are simply bored. It makes me very worried for the fate of novels in the future.

No, that’s not right.  It makes me very worried for my fate as a novelist, and the fate of all the contemporary writers I love. I’m not sure we’ll be able to keep up.

One of the projects in my WAM class was an interactive e-book, a mash up of sorts with elements of sci-fi, fantasy, horror, and manga, and that’s the other thing about this upcoming generation of writers — they embrace geekdom. Somehow, geekdom is inextricably tied into this whole technology thing. 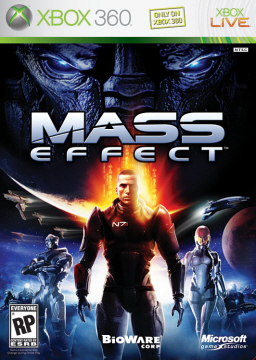 This particular student’s project didn’t necessarily break new ground on any fronts, but it set out to do exactly what e-book publishers and e-reader manufacturers have been prophesizing: it created a truly interactive novel reading experience, complete with video, pictures, and music.

It pretty well put the nerdy choose-your-own-adventure books I read as a kid to shame. If a tenth grader could do this with little thought or effort, what’s in store for us ten or twenty years from now, when that tenth grader has learned her craft and actually engages her full creative force?

SF/F/H readers have always had a profound respect for the history of spec-fiction, so I’m confident novels and short stories will never actually die, and the heritage passed on to us from Robert E. Howard, Edgar Rice Burroughs, Lovecraft, Tolkien, Asimov, Bradbury, Clarke, Heinlein, and all the other greats will live on. But at the same time, SF/F/H fans tend to be more receptive and open-minded than readers of other genres.

Combine that with these up-and-coming writers who have no inhibitions when it comes to telling a story, and we’re in for some serious change. The future of the novel, and narrative as a whole, lies in the hands of this generation of newbie spec-fiction writers.

When I was in college, I kept my fantasy fiction fandom on the down low, horrified that no girl would ever like me if she found out I had a Scottish broadsword hanging on my wall, or an entire row of my bookshelf dedicated to David Eddings novels.

But times have changed. The college freshman who unabashedly told me last week that he wished he could marry a character from Mass Effect very well might be the one to reinvent the genre and reinvent the novel.

Garrett Calcaterra is author of the new epic fantasy novel, Dreamwielder, and co-author of The Roads to Baldairn Motte. When not writing or teaching, he enjoys quaffing craft beer and hiking with his two dogs.

How did I miss this fine post for so many days? You’ve reminded me of every reason I miss classroom teaching. I hope you’ll be posting around here more often.

Thanks, Sarah. I love teaching, but wish I could do it slightly less to find better balance. Teaching 6-7 classes at 2-3 different schools doesn’t leave a lot of time for writing, but it’s the only way to make ends meet as an adjunct.

That’s a killer load. The economics of adjuncting drove me into the arms of the SAT, which has worked out pretty well. Persevere!