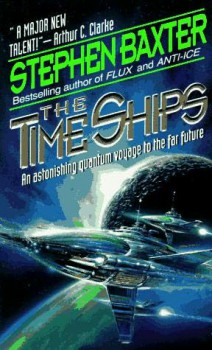 I’m not entirely sure how to review a sequel that’s written by a different author. I’m even less sure how to proceed if that sequel happens to be for a classic.

It’s not enough that it be a good book on its own. It also has to carry over themes from the original, and ideally, it should measure up to the original — which is almost impossible, because classics tend to become classics because the ideas in them are unique, cutting edge, or at least presented in a fascinating new way.

The Time Ships, by Stephen Baxter, is a sequel to H. G. Wells’ The Time Machine, and that’s one of the most impossible legacies in science fiction.

It’s a very good book, but it isn’t revolutionary in the way the original is — in part because it really can’t be. To top The Time Machine, you’d pretty much have to invent a new genre.

When The Time Machine ends, the nameless Time Traveller promises to be right back, departs for the future, and vanishes forever. The Time Ships repeats this scene from his perspective (in the original, we see it from the Writer’s point of view) and explains what happened to him. 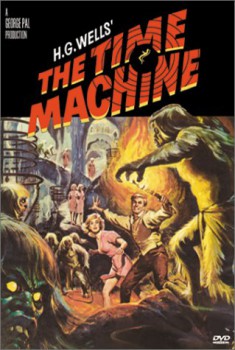 He intended to go back and rescue the Eloi named Weena, the only friend he’d made in the future, but physical law was against him. By telling his story, the Time Traveller changed history — Weena never existed — and worse than that, the altered timeline seems figuratively and literally darker.

First, the seasons stop, then the rotation of the Earth grinds to a halt, and then the sun appears to explode. The Time Traveller lands in an inexplicably habitable world of darkness, understandably panicked. He theorizes that the Morlocks have to be responsible somehow, and when he sees a group of them around his halted time machine, he goes on the attack.

The narration of this book is modeled after the original. There’s a distinct sense that the story is being related after the narrator has already lived through it; every now and again, after relating some theory or speculation, he’ll note that it turned out to be partly or mostly wrong.

He also feels like an Englishman from the late eighteen hundreds, perhaps a bit less prejudiced than some, but not as flexible as he needs to be. I found myself both admiring this — it’s good characterization, after all — and wishing that the Time Traveller would behave a bit more sympathetically in certain spots. As in the first book, he’s less a hero than a camera, a narrative device for looking at the odd worlds in which he finds himself. 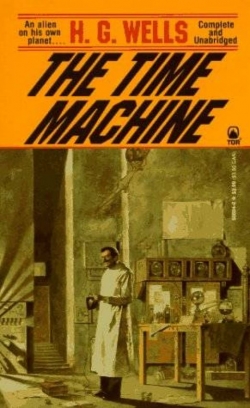 This book has a lot of grand scientific speculation, from the possibility of diverging timelines to the possibilities of post-human life. What it doesn’t do — not as much as The Time Machine, at least — is speculate on the problems of human cultures. The central conceit of The Time Machine, after all, is that the split between labor and leisure classes might lead to two mutually incomprehensible sets of humanity.

It also contains some musings on what would happen in a world where aggression and competition are, at best, quaint antique affectations; would we breed ourselves towards increasing passivity? The Morlocks and Eloi might both have been portrayed as not-quite-human, but H. G. Wells was writing about human (and very current) problems.

It doesn’t have as strong a sociological component, and of course, it can’t be one of the cornerstones of science fiction simply because The Time Machine came first. It’s a good book. I’m hesitant to call it a worthy sequel to The Time Machine, not because of any shortcomings in the story itself, but because it’s nearly impossible to live up to that promise.