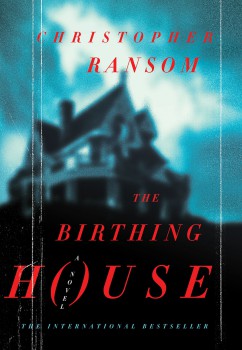 Conrad Harrison is driving through rural Wisconsin when, on a whim, he buys a nineteenth-century house with insurance money received after the death of his estranged father. The building was, Conrad learns, The Birthing House – a hospice where expectant women could deliver their babies. Conrad returns to Los Angeles to pack up his things, his dogs, his wife — the house for him a chance to save his troubled marriage and begin over after a series of career failures. But upon moving to the house, Conrad becomes aware of a lurking presence within and soon discovers…

Well, he doesn’t discover much. His wife departs to attend job training and remains offstage for much of the book, leaving Conrad home alone to be harassed by apparitions and occurrences. There is never a sense of menace; the previous owner lived there some twenty years and while aware of the weirdness, is indifferent to it. That fact by itself results in a haunting minus any mystery or apprehension.

The Birthing House is more character study than ghost story, sometimes to the author’s credit but mostly not. “What makes ’em haunted ain’t just in the walls and the floors and the dark rooms at night. It’s in us,” says one old-timer (p. 245). Ransom’s use of the haunting as reflection and magnification of his characters’ personal dramas is a great starting point, but over time melts through the plot like a splatter of acid. Conrad is a mildly unlikable slob, smart and exhausted enough from life to stand his ground against the house but incurious about it too. There is no séance, no antiquarian research; early on, Conrad actually destroys the only record he has of the house’s history. He spends much of the book reacting to, rather than pursuing, the mystery, which results in an enormous lump of exposition at book’s end. Without an unwinding back-story, no suspense is possible. 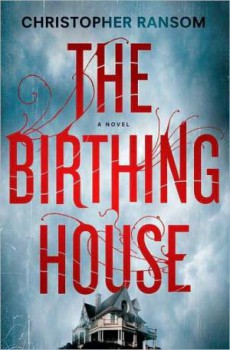 Many of the characters often work against Ransom’s purposes. Conrad’s wife is so abrasive and absent you have to wonder why he doesn’t just hire a lawyer and file papers – but again, Conrad is passive. A big plot point involves Conrad’s neighbors going on vacation, leaving him to care for their nineteen-year-old, seven-months-pregnant daughter. Nobody leaves their unwed teenage daughter in her third trimester to take a pleasure trip. Nobody. Or at least not the kind of small-town parents portrayed by Ransom.

It is a shame. Ransom has an easy, flowing style and a natural sense of pacing. But by confining his story to just a handful of characters – many of whom then desert Conrad – we end up alone with him, and just as unengaged and bored with his life as he is.

A slightly different version of this review originally appeared in Black Gate Magazine 14.

Jackson Kuhl is a journalist and author of Samuel Smedley, Connecticut Privateer,now available for Nook and Kindle. His website is www.jacksonkuhl.com.