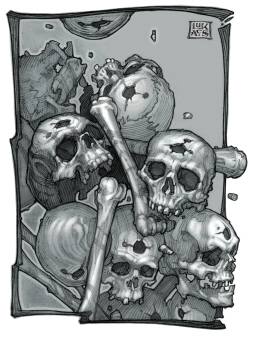 Keith West has started a series of “Long Looks at Short Fiction” at the Adventures Fantastic blog, and he’s kicked it off with Black Gate 14:

If you’re a fan of heroic fantasy, adventure fantasy, or just plain good ol’ fashioned storytelling, and you haven’t checked out Black Gate, then you owe it to yourself to do so.  Some of the best writing being done in the fantasy field right now is published here…  John O’Neil [sic] brings the highest production and editorial values to his magazine.
What separates Black Gate from the pro markets is that the Big Three… aren’t willing to publish novellas from writers who aren’t household names (yet).

The story opens with Morlock leading the party between two mountain ranges.  He takes Thend with him to investigate something… a Khroi warrior trapped in a web built by the spider people.
The pace is swift, and the nonhuman characters intriguing as Morlock attempts to guide the party between Khroi and spider people without detection.  You can probably guess how successful he is in this… all the usual sardonic wit and cleverness we’ve come to expect from Morlock are on display here. Morlock has been described as a thinking man’s Conan.
Morlock uses his brain at least as much as he uses his magic or his sword.  The situation here isn’t one he can simply get out of by either magic or swordsmanship (although both are necessary)… If you’re not familiar with Morlock, this is as good a place as any to make his acquaintance.

You can read the complete commentary here.

Art by Chuck Lukacs for “Destroyer” (from Black Gate 14).