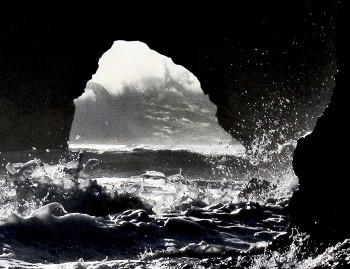 The latest issue of  webzine Flurb, is now online.  After an erratic start, this seems to be publishing on a regular schedule, with the next installment promised for September.  In addition to the current issue #9, you can access all the previous editions in what seems to be an exercise for co-founder/editors Rudy Rucker and Paul DiFillipo to ask their friends to submit stories.  Check out, for example, “Clod, Pebble” by Kathe Koja and Carter Scholz. It’s about book signings. And what to choose, when all your choices seem bad ones, particularly if you’re not seeing things in the right light.

Given the company it keeps, you can expect Flurb to be a little quirky. Speaking of which, Small Beer Press has announced an upcoming edition of Lady Churchhill’s Rosebud Wristlet, though there’s nothing up yet on the website.

You know how it is with zines. They’re nothing if the first page isn’t an apology for being late. And, you know, we haven’t gotten that apology written yet, which is really holding things up.

What’s in that issue (number 25) of LCRW? Fiction and poetry and Advice from: Veronica Schanoes, Richard Parks, Dear Aunt Gwenda, Jeanine Hall Gailey, and more as well as not one but two translations. We may have more news on the translation front later this spring, keep an eye out. (Ouch.) The translations are from Edward Gauvin of French author Georges-Olivier Châteaureynaud’s “A City of Museums” (which will be included in A Life on Paper, the first book by G.-O. C. in English which we will publish in May galleys are going out now!) and a self-translation by award-winning Chinese author Haihong Zhao (which was brought to our attention by Michael Swanwick, yay!).