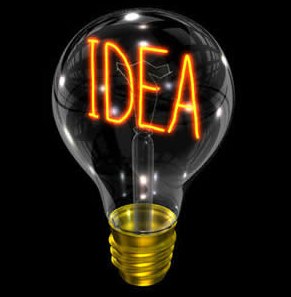 In brainstorming topics for my ‘getting back on the horse’ return post here at Black Gate after my absence of a few months — I’ve come up with a few mildly interesting ideas. Firstly, I thought about looking at the nature of escapism, how it shouldn’t have the unfair pejorative connotation it does, and how it certainly isn’t limited to works of prose or film or video games designed solely to entertain. Then too I was considering a weird phenomenon I’ve only really just been made conscious of, that of how utterly mainstream fantasy, or, let’s say ‘the fantastic,’ has become just in the last few decades — and I mean aside from the obvious stuff like the popularity of fantasy and science fiction books and movies, but everything from television commercials and product packaging to childrens’ toys and popular expressions bear out the reality that the once distant worlds of speculative fiction are now familiar place names in the cultural atlas of modern life.

But then it struck me that what I was doing, actively ransacking my mind for ideas, has to be a fairly unusual practice, all things considered. And one worthy of a blog post, at least.

A ‘fairly unusual practice’ in that it is not the normal state of the majority of the inhabitants of our planet. This idea-hunting is certainly a writer thing — and not because many of the thoughts and images that occur to writers don’t necessarily occur to other people, but because we have an incentive to pay attention to them and hold on as tight as we can when they appear, and to encourage their return and, eventually and ideally, to act upon them and turn them into something solid and having a life outside of ourselves. Writers aren’t the only people doing this of course, far from it, surely there are people of nearly every profession and calling that are all the more effective in their jobs and lives by keeping their internal antennae attuned to those stray thoughts that can enhance their performance or transform what they do.

But writers are omnivores, and indiscriminate ones at that. While the chemist might experience all the same mental triggers as the writer, the same errant, passing thoughts brought on by the sensory stimuli of, for example, a trip to the grocery store, the difference is the chemist’s private mental monologue is ultimately irrelevant unless it contains a kernel of insight he can use personally or professionally. The writer casts a wider net, far wider, for everything is potentially useful, every stray observation, quirk or nuance of human behavior, private jest, or imaginary drama is the raw material of the writer’s trade.

This attunement to ideas goes beyond observation, and beyond the happenstance of the eureka moment. It’s deliberate, both in the level of alertness that the idea seeker must maintain to keep his mental ear always open, and in those times when ideas are actively being sought, the ‘mental ransacking’ I mentioned earlier. The hunt for ideas never stops, is never left at the office, and is fun and frustrating in equal amounts. It is a habit of thought and a lifestyle choice perhaps every bit as radical as a life at the cloister — just not as obvious.

From the deliberate to the serendipitous — not only do ideas occur both when we are, and are not, looking for them, but also when we work. I think of this as my fingers doing the thinking, the ‘brain-hand axiom,’ the inevitable generation of some unexpected ideas — everything from little details to major bombshells of plot or character — that occur during the writing itself. The absolutely shocking thing about these occurrences is that they blindside the writer because they seem to have come from nowhere, leaping from the fingers onto the page, never once stopping to punch their timecard in the frontal lobes. A stupendous, surprising, and utterly rewarding occurrence.

It’s these rewards that reinforce creative behavior — that transform a person into a preoccupied, aware, self-attuned, idea junky. But it’s also those creative miracles that can confuse the observer, and the writer themselves, possibly suggesting that these flashes of bottled lightning must be the norm, or are a superior form of revelation. ‘Where do you get your ideas?’ is predicated on the false notion that there is only ever one place or method to the getting of ideas, or that the concept ‘idea’ only means one thing.

I think, generally, the non-writer asking that notorious question is thinking that the major complexities of the writer’s craft — say plot or character — must be revealed in their totality to the writer, that the ‘idea’ of the writer’s is something about as large as the book or story itself. But that of course isn’t the case, as an extended piece of writing, book, story, article, or even blog post, is comprised of numerous ideas — some solid as fact and some ephemeral as the breeze, old friends and unexpected strangers, notions outlined, developed and mulled over for years and stuff newly thought up in this morning’s shower, things digested over a lifetime’s reading and concrete observations of specific people and places — all of it counts as an ‘idea,’ but only when you put it all together does it sing.

And, while we can lament some of the changes we are seeing in the digital age — the decline in focused reading and overall literacy, for example, one bright spot — a glowing light bulb over the heads of millions — is the internet has suddenly presented the incentive for this kind of life of the mind to so many people for whom it had once not existed. Because it is the doing that is important, for it is the use to which we put our ideas that makes us want to have ideas in the first place and encourages their subconscious generation. No longer is it the academic, the writer, and the journalist who enjoy a monopoly on the incentive to express ideas, but now the blogger, the forum-goer, the hobbyist, and content provider all have a reason to partake. As potentially overwhelming as this trend is — where every opinionated amateur can have their own platform it can be difficult to separate the wheat from the chaff — it is undeniably liberating. Never before have so many people had so many reasons to stop and listen to their inner voice, and make something real outside of themselves.
__________
BILL WARD is a genre writer, editor, and blogger wanted across the Outer Colonies for crimes against the written word. His fiction has appeared in numerous magazines and anthologies, as well as gaming supplements and websites. He is a Contributing Editor and reviewer for Black Gate Magazine, and 423rd in line for the throne of Lost Lemuria. Read more at BILL’s blog, DEEP DOWN GENRE HOUND.

‘A Life of Ideas’ at Black Gate — BillWardWriter.com

[…] mark my coming in from the cold I’ve put a post together over at Black Gate called ‘A Life of Ideas.’ It’s about brainstorming, taking notes on the inner monologue, and just generally the […]

Thanks John, good to be back.

Of course, now I have to try to go back to being clever at least once a week . . .