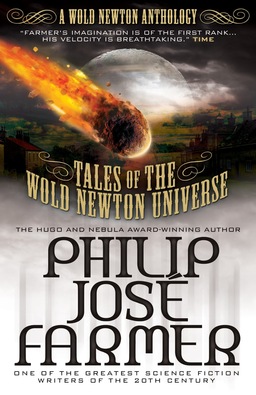 Last month marked the release of Tales of the Wold Newton Universe, a new anthology from Titan Books that collects, for the first time ever in one volume, Philip José Farmer’s Wold Newton short fiction, as well as tales set in the mythos by other Farmerian authors.

Farmer’s ideas are, of course, grand. Riverworld, the World of Tiers, and the Wold Newton Family are all mind-bogglingly expansive concepts, any one of which could consume a writer’s entire career and still leave more wonders to be explored.

When I started reading Farmer many years ago, that was obviously appealing to me, but I think I was even more entranced by the way Farmer seeded such creations with subtle themes, hidden storylines, and in-jokes. You can often miss these buried gems if you blink, but if you do catch them, they can leave you thinking — or sometimes laughing uproariously — about them for long after you’ve finished reading the story. Farmer’s Wold Newton tales in particular are tremendously rich with this kind of thing, and it’s been a joy to be able to write fiction set in the Wold Newton Universe. 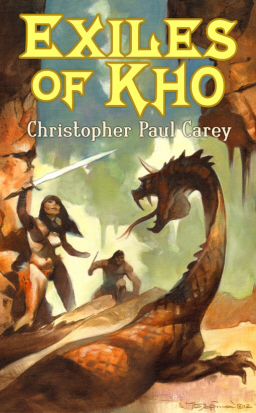 The Khokarsa series, of which the story “Kwasin and the Bear God” is an installment, fits into the Wold Newton Universe in a unique way. In Farmer’s novel Time’s Last Gift, a certain jungle lord going under the name John Gribardsun travels back in time to 12,000 B.C.

Gribardsun, under another name, is a key member of the Wold Newton Family, as Farmer makes clear in his Wold Newton biography Tarzan Alive: A Definitive Biography of Lord Greystoke. Gribardsun has gained immortality via a secret elixir, and after he travels back in time, his progeny spread their genes throughout prehistory, thus allowing for Wold Newton Family members to exist millennia before the 1795 meteor strike that originated the family’s mutated genes.

Gribardsun later shows up in the Khokarsa series, which takes place circa 10,000 B.C., where we find him being worshiped by the ancient Khokarsan civilization as the deity Sahhindar, the god of bronze, plants, and Time. Both Kwasin, the anti-heroic main character of The Song of Kwasin, and his cousin Hadon, the protagonist of Hadon of Ancient Opar and Flight to Opar, are said to be descendants of Sahhindar.

“Kwasin and the Bear God” relates a missing chapter in the giant Kwasin’s adventures. After I completed writing The Song of Kwasin based on Phil Farmer’s outline and partial manuscript, I discovered another, unused outline in Farmer’s files that detailed events between the first and second chapters of The Song of Kwasin.

“Bear God” is a 20,000-word novella that I wrote based on Farmer’s storyline from that outline, and it tells the story of how Kwasin ends up fighting on the side of the priestesses of the mother earth goddess Kho, who at the time of the series are locked in a bloody civil war with the followers of Resu, the sun god. It’s perhaps Kwasin’s strangest adventure yet, and his larger-than-life trickster nature comes out in spades.

Christopher Paul Carey is the coauthor with Philip José Farmer of Gods of Opar: Tales of Lost Khokarsa, and the author of Exiles of Kho, a prelude to the Khokarsa series. His short fiction and essays may be found in anthologies such as The Worlds of Philip José Farmer 1: Protean Dimensions, The Worlds of Philip José Farmer 2: Of Dust and Soul, Tales of the Shadowmen: The Vampires of Paris, Tales of the Shadowmen: Grand Guignol, The Avenger: The Justice, Inc. Files, and Myths for the Modern Age: Philip José Farmer’s Wold Newton Universe. He is an editor with Paizo Publishing on the award-winning Pathfinder Roleplaying Game, and the editor of three collections of Farmer’s fiction. Find him online at www.cpcarey.com and @cpcarey.