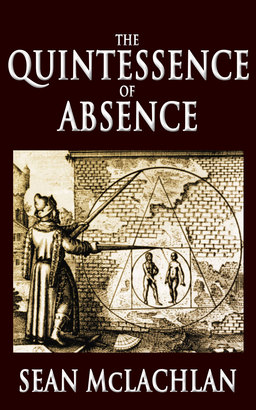 It’s been a good day for free fiction.

We’ve heard from BG blogger Sean McLachlan that his original noir fantasy novella, “The Quintessence of Absence,” is now available as a free ebook at Smashwords.

Can a drug-addicted sorcerer sober up long enough to save a kidnapped girl and his own Duchy?

In an alternate 18th century Germany where magic is real and paganism never died, Lothar is in the bonds of nepenthe, a powerful drug that gives him ecstatic visions. It has also taken his job, his friends, and his self-respect. Now his old employer has rehired Lothar to find the man’s daughter, who is in the grip of her own addiction to nepenthe.

As Lothar digs deeper into the girl’s disappearance, he uncovers a plot that threatens the entire Duchy of Anhalt, and finds the only way to stop it is to face his own weakness.

“The Quintessence of Absence” was originally published right here at Black Gate. It’s a terrific dark fantasy novella, in which a young wizard in the grip of addiction discovers his drug of choice is at the center of a sorcerous conspiracy in an alternate 18th century Germany.

Sean McLachlan is the author of the collection The Night the Nazis Came to Dinner, and Other Dark Tales; A Fine Likeness, a horror novel set in Civil War Missouri; and numerous history books on the Middle Ages, the Civil War, and the Wild West. He is an occasional Black Gate blogger; his most recent piece for us was “Spanish Castle Magic.”

“The Quintessence of Absence” is a 25,000-word novella, available in a variety of digital formats. Get it for free at Smashwords.