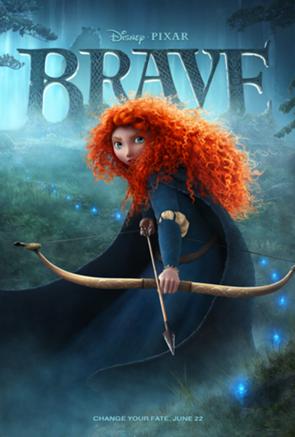 Lessons That Ring With Truth

Over at my personal blog, I’ve listed 5 Lessons from Brave, along with some additional commentary, which shouldn’t give away much either:

As I say at length in that essay, the key difference between Brave and any other fairy tale film I can think of is that the climax is resolved pretty much entirely by the female leads. The male characters, though courageous, engaging, and even heroic in their own ways, are not the heroes of this story at all. Most fairy tale stories involve a male character rescuing the princess or, at best, the female princess jointly resolving the climax with her male counterpart. (The climax of the fairly-well-balanced Tangled comes to mind.)

Aside from some of the characters in The Incredibles, Pixar really hasn’t done much with female characters, but I think that they’ve really surpassed the depth of characterization in any of the more traditional Disney classics. If The Avengers was the blockbuster of the summer, then Brave is the film that’s destined to become a classic.

Pixar Made Me Cry … Again!

One other thing Pixar’s really great at, it turns out, is making me cry. I was a mess five minutes into Finding Nemo, perhaps having some sort of Bambi flashback. As a Facebook meme pointed out, the first 20 minutes of Up contained a more realistic and emotionally impactful (and devastating) romance than all four Twilight books. And I won’t even get into the emotional state I was in when I honestly thought, for about 30 seconds, that they might end the Toy Story saga with all of the toys being melted down in a garbage incinerator!

Despite the fact that Brave‘s climax is incredibly predictable, my wife, my mother-in-law, and I were all in tears. (My 7-year-old son, though he enjoyed the film, did not feel moved to tears. Give it twenty years!) Not outright sobbing, but just a physical manifestation of the well-represented human emotions that we’ve all been through … of misunderstandings with loved ones that spiraled out of control, of tragic mistakes made worse through the heat of emotion, and wanting beyond hope to be able to undo it all.

And, let’s be clear about this, the climax is incredibly predictable. From the second that you know the main story of the film, there’s really very little question how things are going to play out. About 30 minutes into the film, I could have mapped out the entire sequence of events in the climactic scene. I don’t say this to brag, because I don’t think this is particularly insightful on my part. I suspect that pretty much anyone who’s watched a lot of Disney films over the years could see where this one was headed.

Yet, in a way, that sheer predictability made the emotional impact of the scene all that much more impressive. As my wife said, it was “classic.” It resonates with the viewer on a deep level, precisely because we aren’t looking for the cool twist that’s going to blow us away.

No, instead Pixar has just done what they’ve shown they can do again and again: craft a simple, elegant, and emotionally-significant story, deliver it in a superb package, and make us all desperately want more.